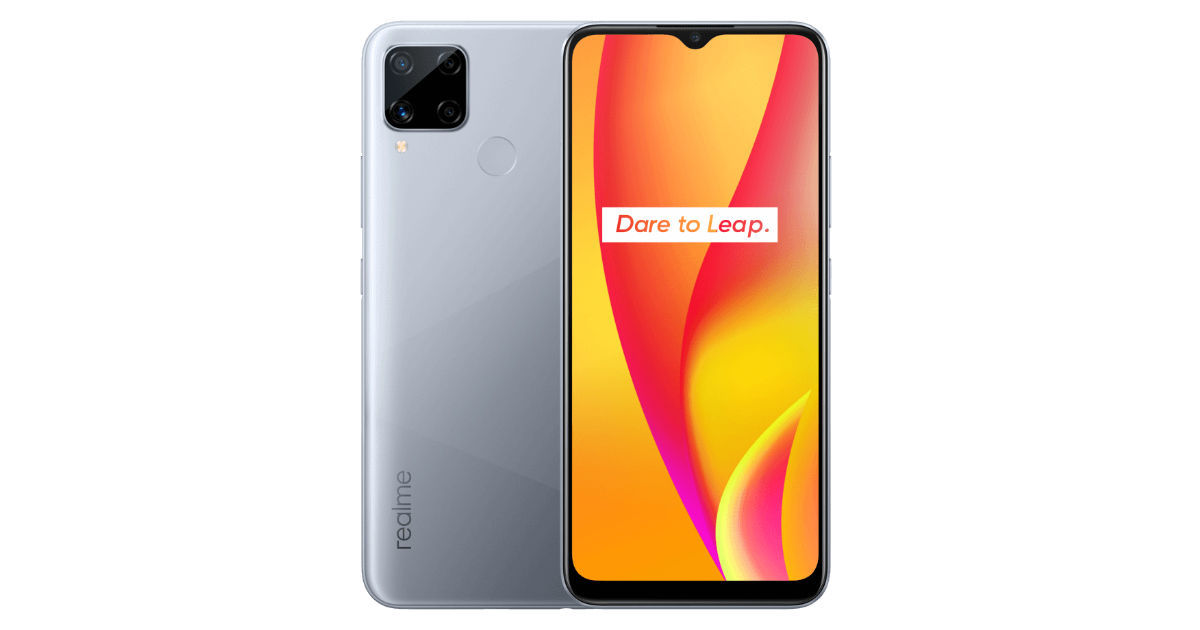 Realme C15 and Realme C12 are scheduled to launch in India on August 18th at 12:30 pm. The teaser images have so far have revealed 6,000mAh battery, physical fingerprint sensor at the back, up to 18W fast-charging support and a square-shaped camera module for both the devices. While we pretty much know everything about the Realme C15 since it was announced in Indonesia, the Realme C12 will make its global debut in India. Ahead of the launch event, the Realme C15 and C12 have been listed on Flipkart, thereby confirming their availability on the e-commerce platform. The handsets should be on sale via Realme.in as well. 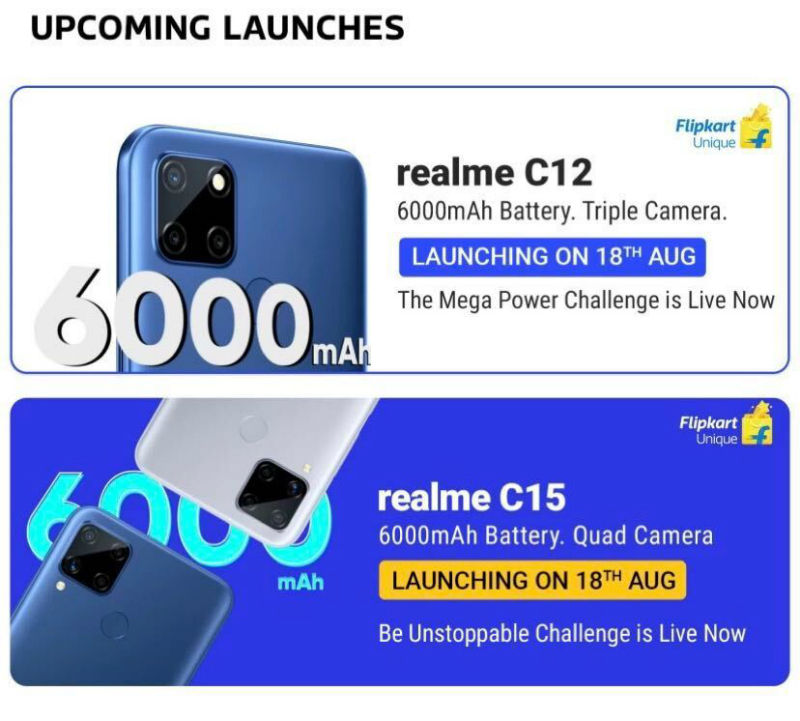 The Realme C12 teaser images show triple camera setup with a 13MP primary sensor, while the other two could be a wide-angle lens and a depth sensor. It will have a 6,000mAh battery, 10W charging and a physical fingerprint sensor for security. The phone will have Chroma Boost, Slo-mo support and HDR mode. The Realme C12 will be available in a Blue colour option.

Realme C15 flaunts a 6.5-inch HD+ LCD display with a waterdrop notch to accommodate the selfie snapper. Powering the handset is the MediaTek Helio G35 SoC coupled with up to 4GB RAM and 128GB expandable storage. The phone runs on Android 10 OS with Realme UI and has a rear-mounted fingerprint sensor for security. The Realme C15’s quad-camera setup at the back includes a 13MP primary sensor, an 8MP 119-degree ultra-wide-angle sensor, a black and white sensor, and a retro sensor. For selfies, there is an 8MP snapper for selfies and video calling. Connectivity options include Dual 4G VoLTE, Wi-Fi, Bluetooth v5.0, GPS/GLONASS/Beidou, MicroUSB, and 3.5mm Audio jack. The phone is equipped with a 6,000mAh battery and supports 18W fast-charging.