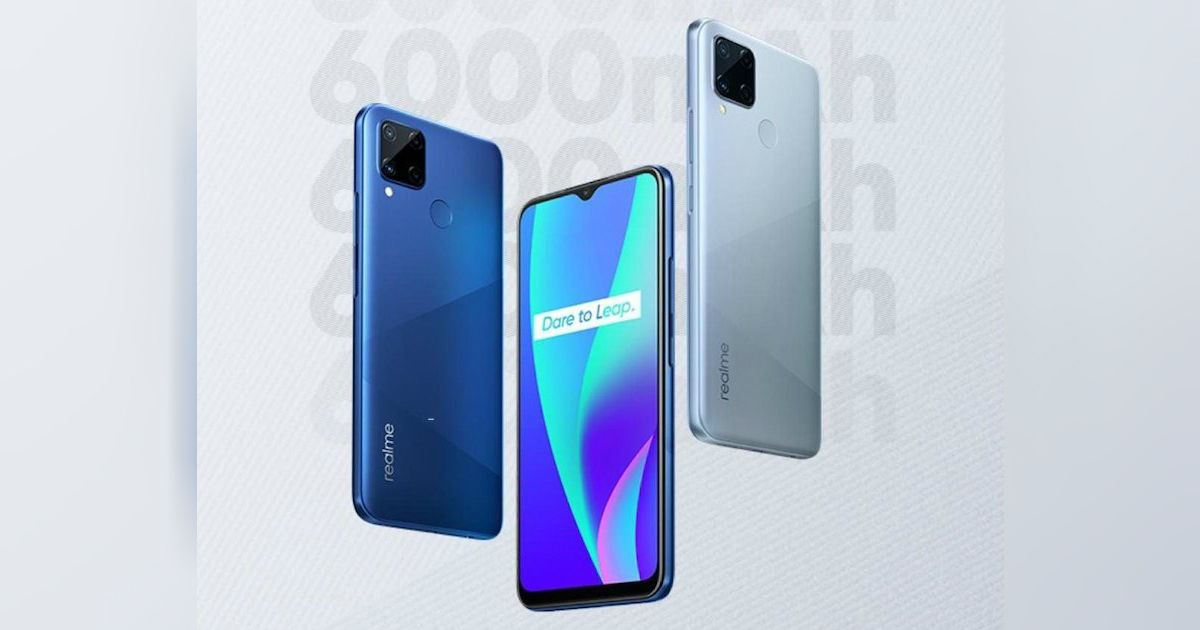 Realme C15 is scheduled to launch on July 28th in Indonesia and will be the company’s first phone to feature a 6,000mAh battery. A teaser image has already revealed the complete design of the phone, so we know there will be a square-shaped camera module and a tiny waterdrop notch. The Realme C15 will succeed the Realme C11 (review) budget phone that was launched in India recently. A new report has now detailed the Realme C15’s chipset and quad camera sensors ahead of the phone’s launch next week. The report be PlayfulDroid claims the handset will be powered by the MediaTek Helio G35 SoC, the same chipset found on Realme C11. The report adds that the Realme C15’s quad camera setup will include a 13MP primary sensor, an 8MP ultra-wide-angle lens, a 2MP macro lens, and a 2MP depth sensor for portrait shots. On the front, the phone will have a 5MP snapper for selfies and video calls. The handset is said to come in two variants – 3GB + 64GB and 4GB + 64GB storage – that should support storage expandability via a microSD card. The phone will be available in Marine Blue and Seagull Grey colour options with a gradient finish.

The Realme C15’s 6,000mAh battery will have 18W fast-charging support, which is an improvement over the 5,000mAh capacity and standard 10W charging on the Realme C11. The phone will have a rear-mounted fingerprint sensor for security. That’s all we know about the Realme C15, which is quite a lot already. The company will announce the phone’s pricing and availability details on launch day.