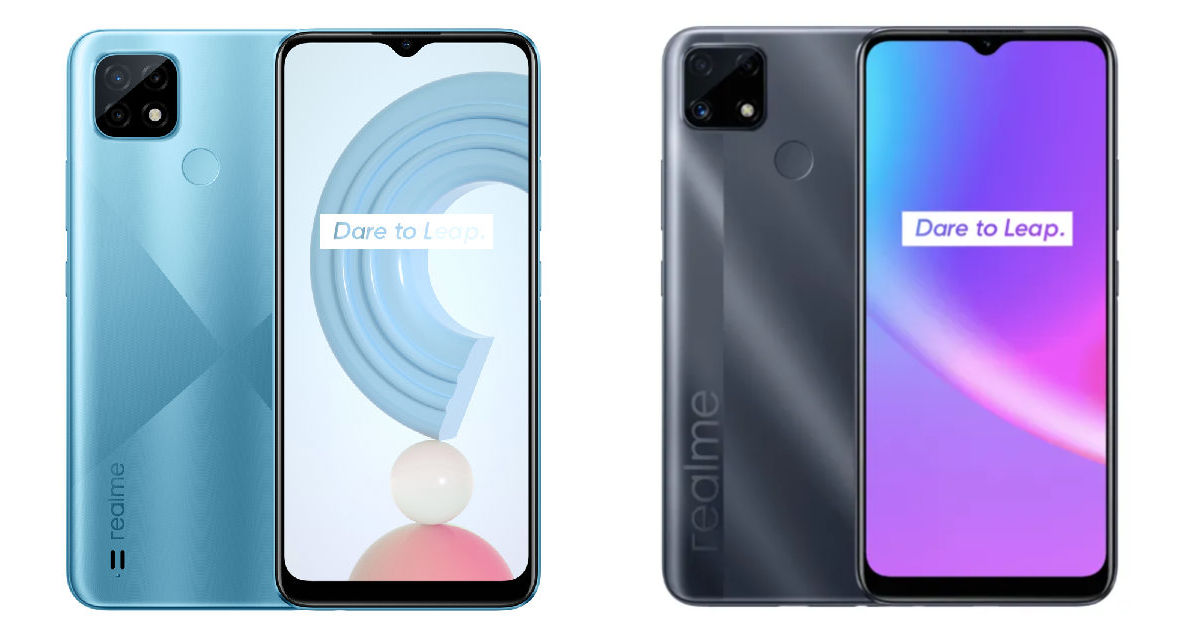 Realme C20, Realme C21, and Realme C25 are set to launch in India on April 8th, the company has officially revealed. Realme will hold an online launch event that will begin at 12:30 PM IST. The launch event will likely be live-streamed through the company’s official YouTube channel. The upcoming Realme C-series phones were tipped to launch on April 8th earlier this week and the company has now confirmed the same. Additionally, Realme C20, Realme C21, and Realme C25 will go on sale on Flipkart as the e-commerce platform has begun teasing the launch. 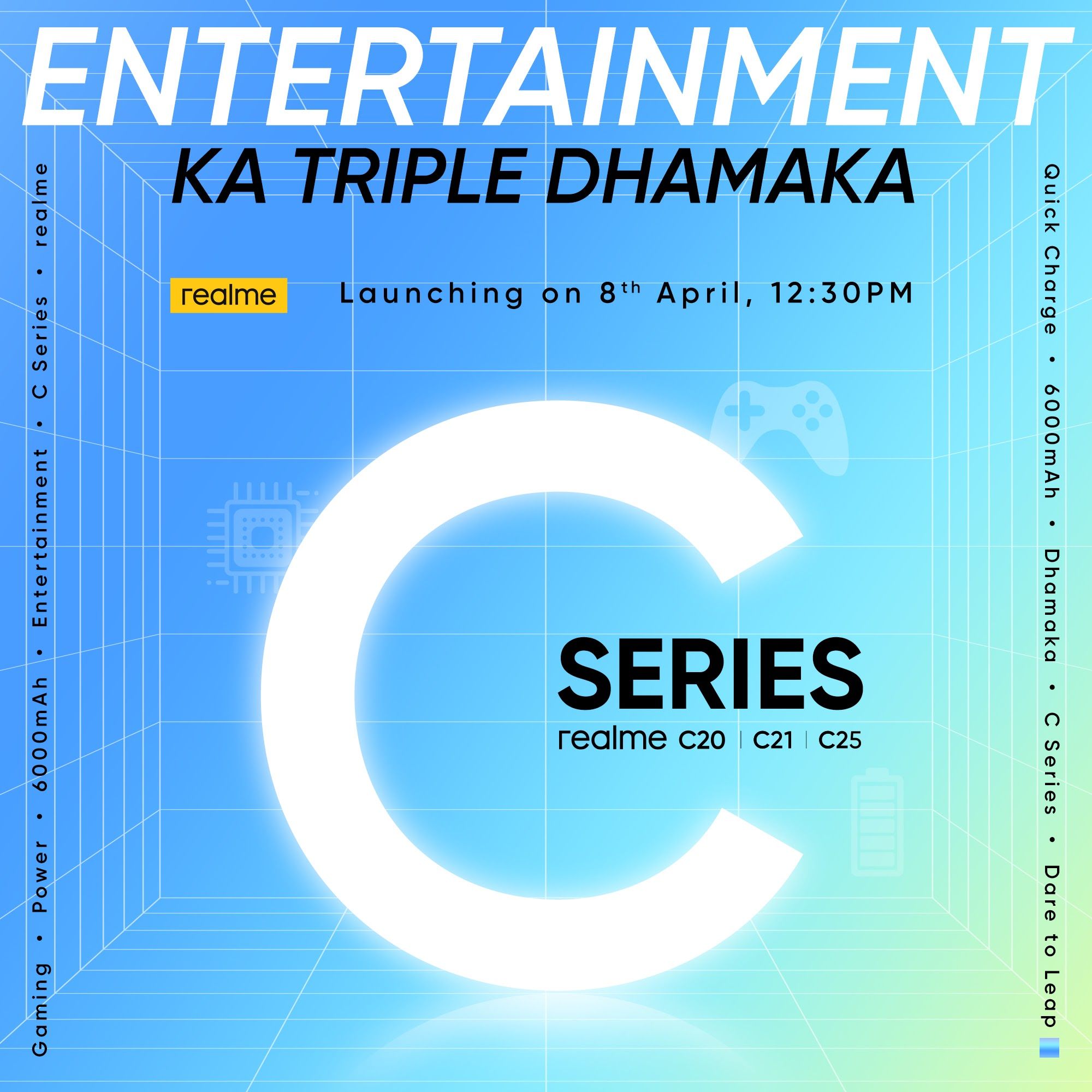 All three Realme C-series phones have been launched globally, so we know everything about them already. All three phones are expected to be priced under Rs 10,000 in India. The Realme C25 highlights a 6,000mAh battery, while the Realme C21 and Realme C20 are powered by the MediaTek Helio G35 gaming processor.

All three upcoming Realme C-series phones come with similar designs. They sport a waterdrop display and a square-shaped camera module. Only the Realme C21 and Realme C25 come with a rear-mounted fingerprint sensor. The Realme C20 comes with a 6.5-inch HD+ display and is powered by the MediaTek Helio G35 chipset. The entry-level phone is offered with 2GB RAM and 32GB internal storage. Other specs include an 8MP rear camera and a 5MP front-facing camera. The phone packs a 5,000mAh battery and supports 10W charging.

The Reame C21 comes with similar specifications as the Realme C20. It also features a 6.5-inch HD+ display and the MediaTek Helio G35 chipset. The phone comes with 3GB RAM and 32GB internal storage. The Realme C21 offers triple rear cameras at the back that includes a 13MP primary sensor, a 2MP macro lens, and a 2MP B&W camera. The phone also packs a 5,000mAh battery and comes with a micro-USB port for charging.

Lastly, we have the Realme C25, which offers a 6.5-inch HD+ display and the MediaTek Helio G70 chipset. The phone comes with 4GB RAM and 64GB internal storage. It features a 48MP triple camera system and an 8MP front-facing camera. The Realme C25 houses a bigger 6,000mAh battery and supports 18W fast charging.