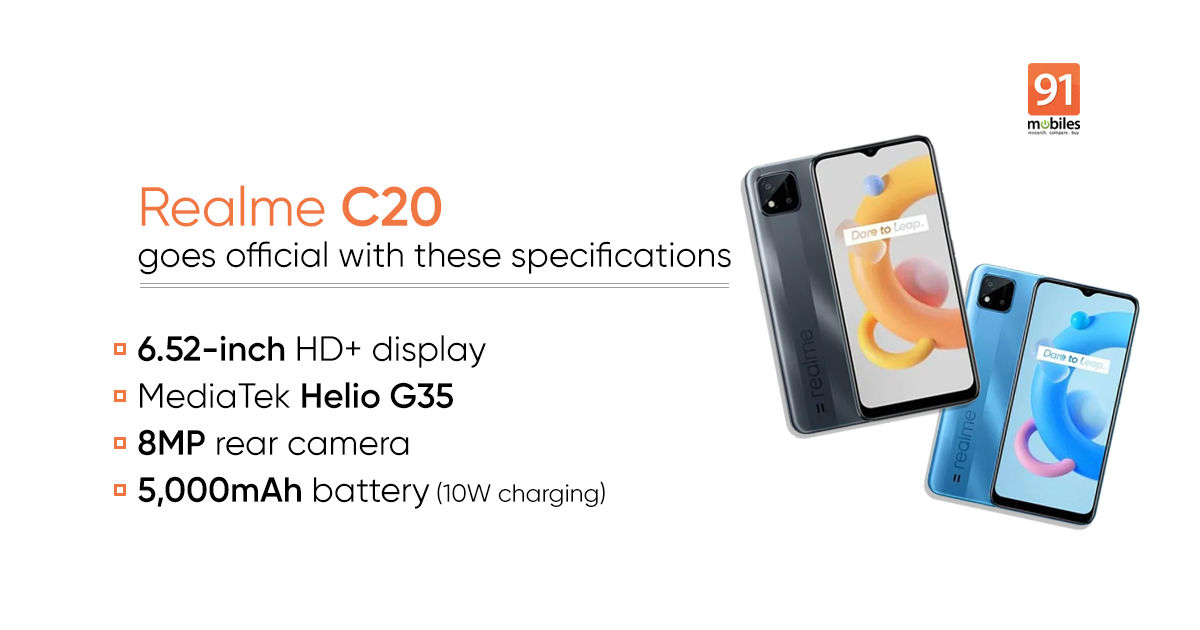 Realme C20 price and specifications have been announced by the company as the phone was officially launched in Vietnam. It is the latest C-series phone and comes after the Realme C12 and Realme 15 launched in 2020. The phone has a waterdrop notch for the selfie camera and a square-camera module at the back that only houses a single 8MP sensor, which is a downgrade considering the predecessors have multiple lenses at the back. The key Realme C20 specifications include a 6.5-inch HD+ display, a 5,000mAh battery with 10W charging support, 32GB storage, and Android 10-based Realme UI custom skin on top. Let’s take a look at the complete Realme C20 specifications and prices.

The Realme C20 price is VND 24,90,000 (around Rs 7,895) for the sole 2GB + 32GB configuration. The smartphone comes in Blue and Gray colour and is already on sale in Vietnam. There is no word on the Realme C20 India launch at the moment, but we can expect it to head to the domestic market sooner than later. 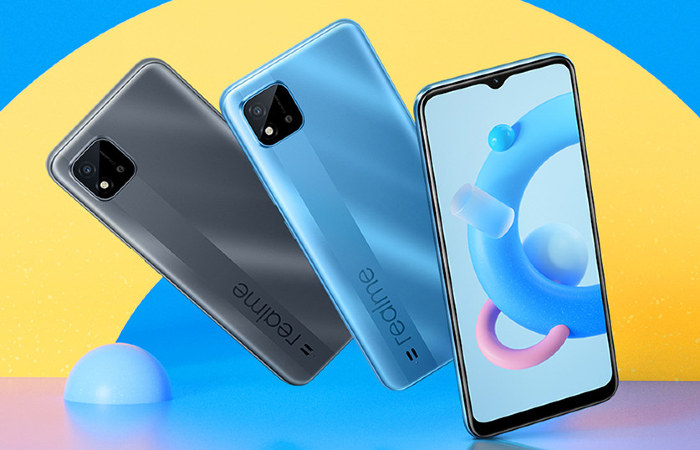 Coming to the specifications, Realme C20 sports a 6.5-inch HD+ display with 720 x 1600 pixels resolutions, Corning Gorilla Glass 3 layer, 89 percent screen-to-body ratio, and a sizeable chin below the screen. It is powered by the MediaTek Helio G35 SoC coupled with IMG PowerVR GE83220, 2GB RAM, and 32GB internal storage that is further expandable via a microSD card up to 256GB. The phone runs on Android 10-based Realme UI custom skin on top and doesn’t have a fingerprint sensor; instead, users will rely on a pattern or PIN-based authentication for security.

Moving to the cameras, the Realme C20 has a single 8MP sensor on the back with an LED flash. There is a 5MP snapper on the front for selfies and video chats. A 5,000mAh battery with 10W fast-charging support fuels the phone. Connectivity features include dual-band Wi-Fi, Bluetooth 5.0, GPS, and a micro-USB port. The device measures 165.2 x 76.4 x 8.9mm and weighs 190 grams.