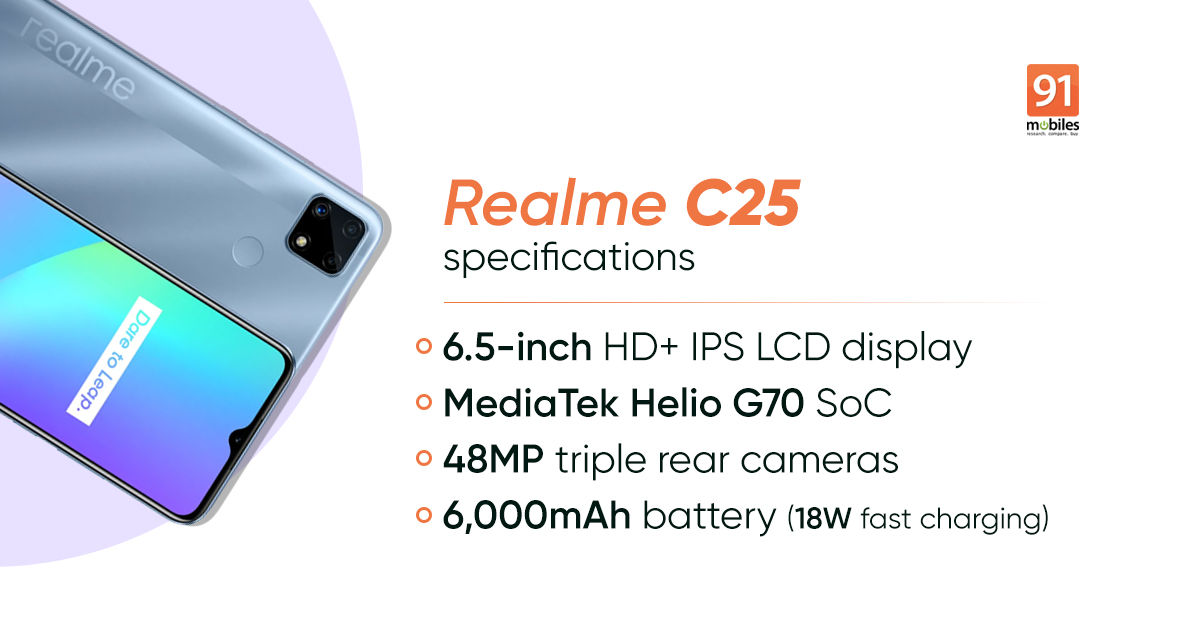 Realme C25 India launch could be imminent going by a teaser posted by Realme India CEO Madhav Sheth. The company will soon launch a new Realme C-series smartphone in India. The tweet is accompanied by a teaser image of the smartphone which shows that it has a display with a waterdrop notch and a 6,000mAh battery. Now, the only recent Realme C-series smartphone from Realme that has these features is the Realme C25, which made its debut in Indonesia recently. So, it is highly likely that the smartphone Sheth is talking about is the Realme C25.

Guys, can you C what is hidden in this photo?

RT and reply with your comments. pic.twitter.com/2Ey0n3rYxA

Realme is yet to announce the Realme C25 India launch date. However, considering that the brand is teasing the smartphone on social media in the country, the Realme C25 could launch in India very soon. In our opinion, it should launch before the end of April 2021. 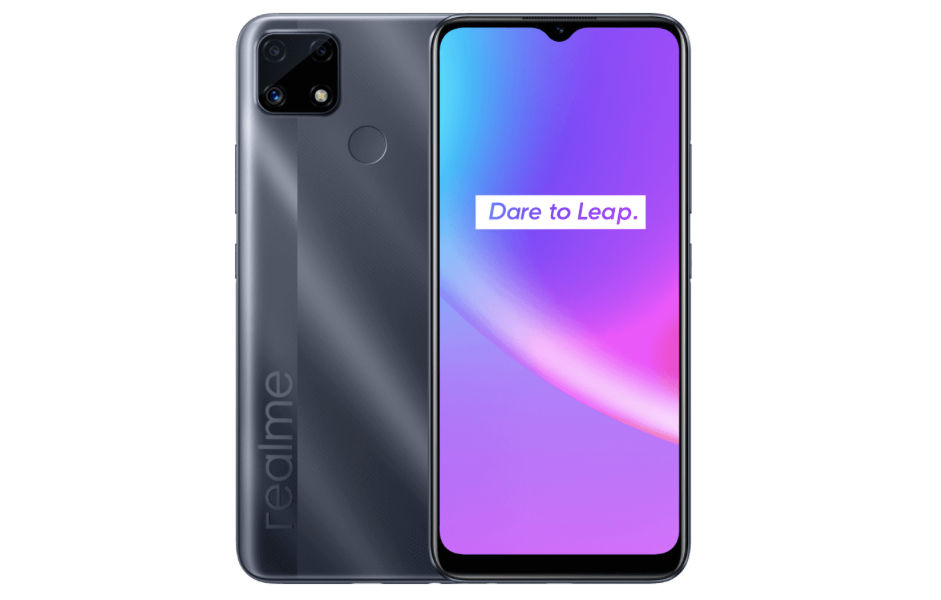 The Realme C25 features a 6.5-inch IPS LCD with HD+ resolution (1600 x 720 pixels). The smartphone is powered by the MediaTek Helio G70 SoC, which is built on 12nm fabrication, and has 2x Cortex-A75 cores, 6x Cortex-A55 cores, and Mali-G52 2EEMC2 GPU. As mentioned earlier, the smartphone is available in 4GB+64GB configuration. On the software side of things, the Realme C25 offers Android 11 out of the box with Realme UI 2.0 customization.

The Realme C25 has a triple-camera setup at the rear comprising of a 48MP primary camera, 2MP macro camera, and a 2MP depth sensor. For selfies, you get an 8MP camera. The phone has a 6,000mAh battery with 18W fast charging. Connectivity options include dual-SIM, dual-4G, dual-band Wi-Fi ac, Bluetooth v5.0, GPS, 3.5mm audio jack, and USB Type-C port. The fingerprint scanner is located on the back panel of the smartphone. The smartphone is available in two colors, Water Gray and Water Blue.