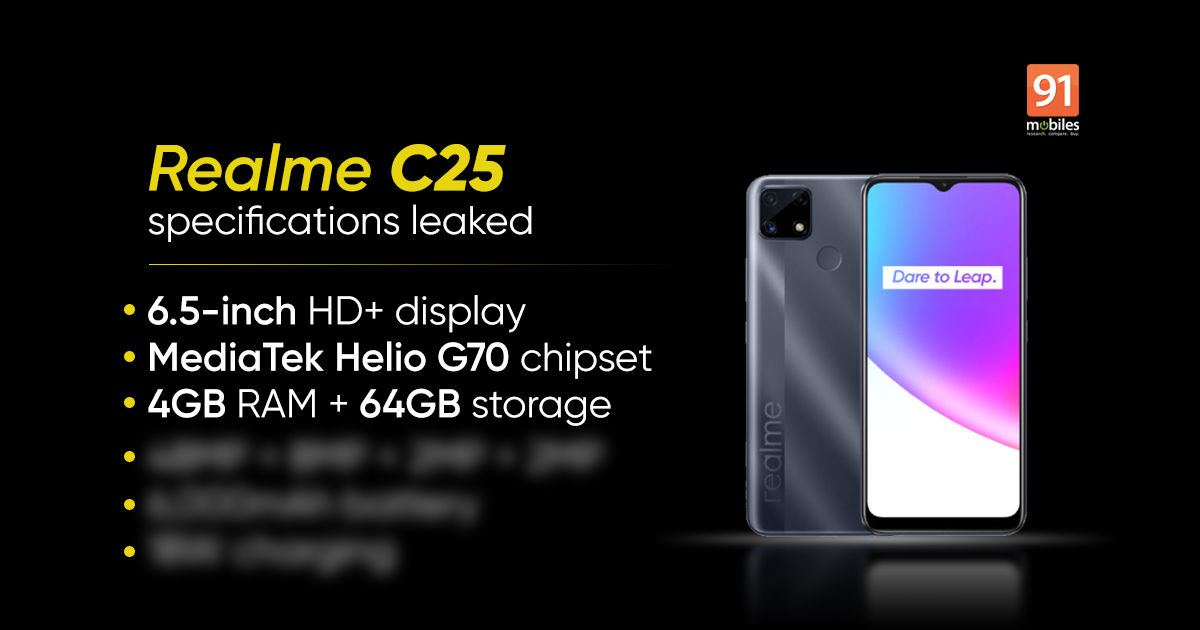 We stumbled upon the Realme C25 on Geekbench some time ago. Shortly after that, it also appeared on Thailand’s NTBC certification website. A Geekbench listing revealed Realme C25 specifications such as the MediaTek Helio P65 chipset, coupled with 4GB of RAM. An early listing from an Indonesian retailer Lazada seems to disagree with that information, however. The phone runs an entirely different chipset, if the Indonesian listing is to be believed. According to the listing, the Realme C25 price is slated to be IDR 9,999,999 (approx Rs 50,000). That is a placeholder value obviously and will be replaced with the real price once the Realme C25 launch has happened. Let’s take a look at some of the Realme C25 specifications that the listing reveals.

For starters, the Realme C25 is slated to come with a 6.5-inch HD+ (720 x 1,280 pixels) IPS LCD panel with a refresh rate of 60Hz. There appears to be a waterdrop-style notch for the selfie camera, too. One of the key upgrades that the Realme C25 has to offer comes in its battery specs, which is slated to use a 6,000mAh cell that supports fast charging at 18W.

As mentioned by the listing, the Realme C25 will be powered by a MediaTek Helio G70 chipset along with 4GB of RAM and 64GB of storage. 48MP quad-rear cameras are tipped too. We’re probably looking at an 8MP ultra-wide-angle lens, 2MP macro lens and 2MP depth sensor. The smartphone will be available in two colourways, namely Water Grey and Water Blue. It shouldn’t be long before we know more about the Realme C25, as it will be launched on March 23rd in Indonesia.