91mobiles.com
Home News Realme C3 will launch with triple cameras in Indonesia instead of dual... 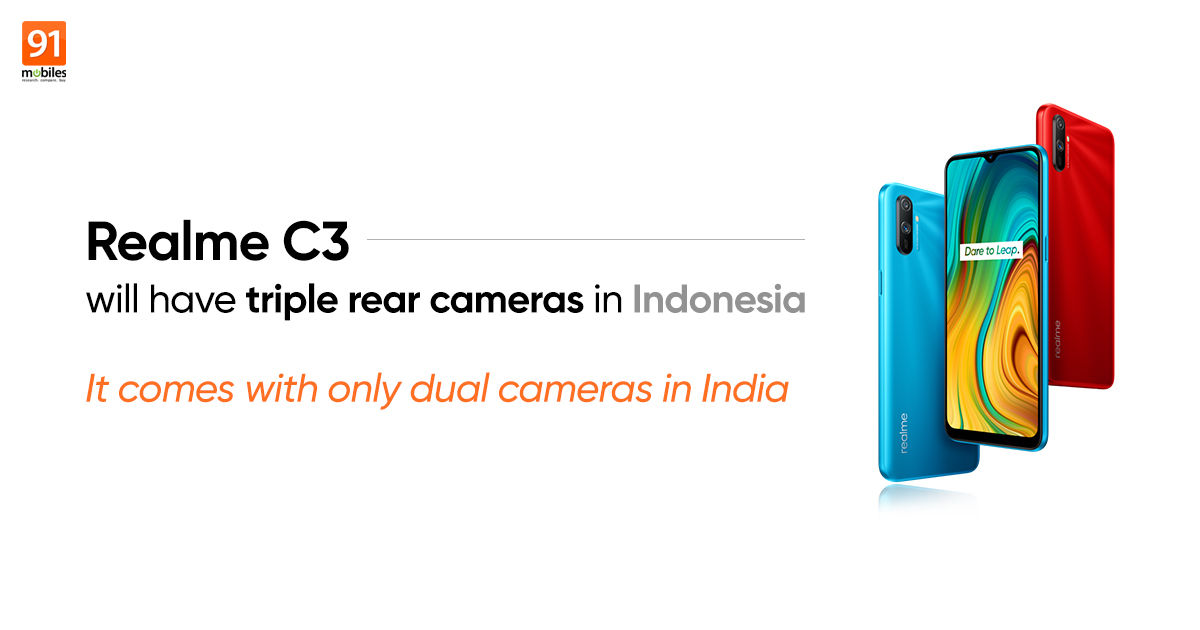 Realme recently launched the Realme C3 budget smartphone in India. The same device has already been certified in various other countries, including the likes of Indonesia. As it turns out, the company is planning to launch the Realme C3 device in Indonesia on February 19th, 2020. The smartphone, however, will not be the same as the one that was launched in India. Instead of a dual rear camera setup, the Realme C3 for Indonesia will feature three cameras at the back.

Realme C3 with a triple rear cameras launching in Indonesia The Realme C3 product page on the company’s Indonesian website is live, and we can clearly see the notable difference. The Realme C3 for Indonesia will feature a triple camera array at the back, the resolutions of which, are unknown as of now. Other than the rear camera, the rest of the specifications of the device appear to be the same. We can see that the device will be equipped with a MediaTek chipset (most likely the MediaTek G70 processor), which will be paired with 3GB/4GB of RAM and 32GB/64GB of onboard storage. The device will feature a ‘bigger battery’, which, we already know could be a 5,000mAh cell. Furthermore, the ‘bigger display’ could also mean the 6.5-inch panel the Realme C3 utilizes. For the unaware, the predecessor of the device, the Realme C2, had a 6.1-inch display.

Just to let you know, the Realme model number RMX2020 has been certified in Indonesia both with the Realme C3 and the Realme C3s monikers, so we can expect the company to unveil the triple rear camera variant of the device in India, sometime in the future. To know more about the Realme C3 Indian variant, you can head to our Realme C3 review.