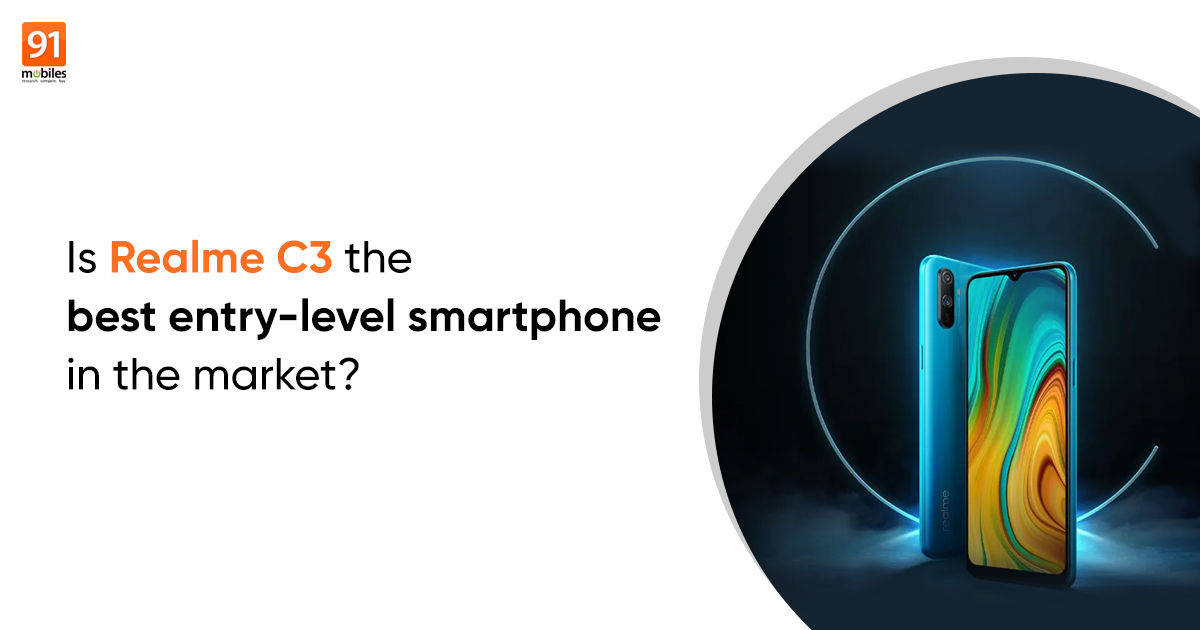 “Realme C3 is the first smartphone to launch with a Helio G70 SoC, and it is the company’s first phone to ship with Android 10-based Realme UI”

Realme C3 price in India starts at Rs 6,999 for the base variant with 3GB RAM and 32GB internal storage. The Realme C3 4GB RAM + 64GB storage variant price is set at Rs 7,999. The handset comes in Frozen Blue and Blazing Red colours and will see its first sale in India on February 14th at 12 PM. The phone will be available on Flipkart and Realme.com. It will also go on sale in offline retail stores soon. Launch offers include extra Rs 1,000 off on exchange of any smartphone and Jio benefits worth Rs 7,550.

Realme C3 comes clad in a polycarbonate unibody with a new Sunrise design on the back and a waterdrop notch display up front. The handset sports a 6.5-inch HD+ Mini drop display, 89.8 percent screen-to-body ratio, 20:9 aspect ratio, and Gorilla Glass 3 protection. The front camera of the phone sports a 5MP selfie shooter with AI Beautification, HDR, panorama, and Timelapse. As for the rear cameras, the Realme C3 sports a dual-camera setup with a 12MP (f/1.8) primary sensor and 2MP (f/2.4) secondary depth sensor. They are aided by portrait mode, Chrome Boost, Night Scape, HDR, and Slow-mo videos at 120fps.

The Realme C3 is powered by the all-new 2Ghz MediaTek Helio G70 chipset based on a 12nm process. The chipset comes with a Mali-G52 GPU and is paired with up to 4GB RAM and 64GB internal storage. It comes with a triple card slot that included a dedicated microSD card slot (up to 256GB). The smartphone houses a 5,000mAh battery and supports reverse charging turning it into a power bank. It is the first Realme phone to run Realme UI with Android 10 out of the box. The phone has face unlock for security, but there’s no fingerprint sensor on board. In terms of the connectivity options, the Realme C3 packs dual SIM slots, 4G LTE, Dual Wi-Fi, Bluetooth 5.0, GPS/Glonass/A-GPS, micro USB port, and 3.5mm headphone jack. Compared to the Realme C2, the Realme C3 brings an upgraded processor, bigger battery and a larger display.