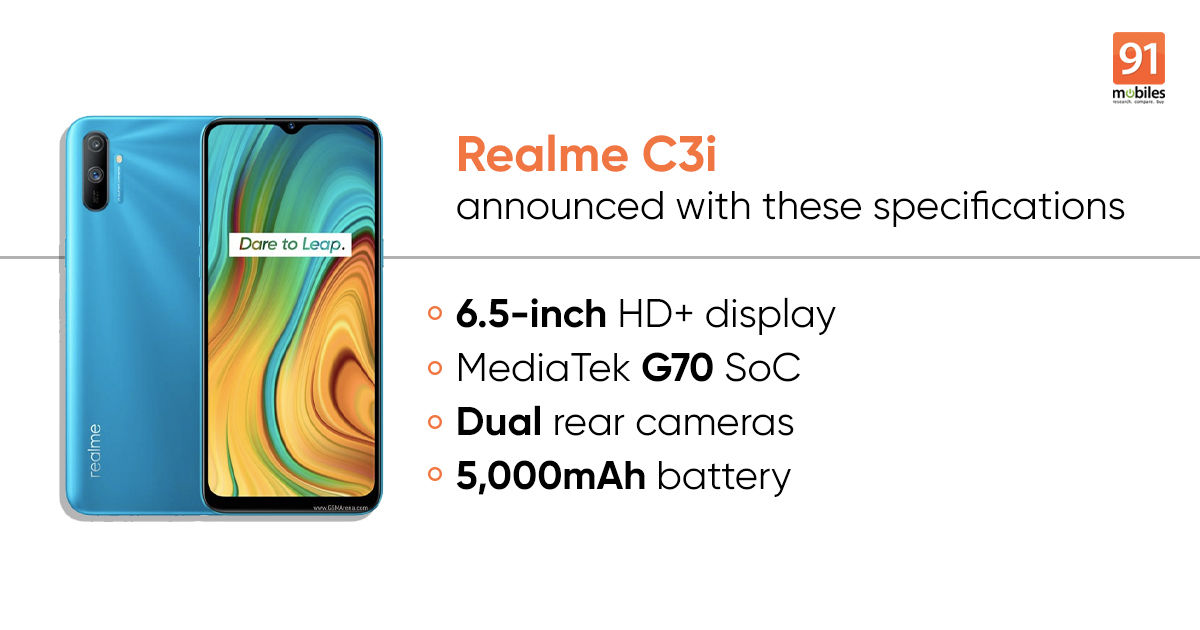 Realme has launched a budget-friendly smartphone, called the Realme C3i, in Vietnam. As the name suggests, the Realme C3i is a rebranded Realme C3, which was launched in India back in February. The Realme C3i features a waterdrop display and a dual camera setup. Other key Realme C3i specifications include the MediaTek Helio G70 SoC coupled with up to 4GB RAM and 64GB storage onboard, a 5,000mAh battery and Android 10out of the box.

Realme C3i price in Vietnam is VND 25,90,000 (roughly Rs 8,500) for the 2GB + 32GB storage variant. There is 4GB + 64GB variant of the phone as well, but its pricing remains unknown at the moment. The phone is available to purchase in the country via e-commerce platforms such as FPT Shop and Vettel Store in Red Ribbon and Green Ice colour options. The Realme C3, meanwhile, is available in India starting at Rs 8,999. The base variant of the phone has 3GB RAM, while the top-end variant sports 4GB RAM.

The Realme C3i runs Android 10-based Realme UI out of the box. The handset features a 6.5-inch HD+ waterdrop notch display with 720p resolution, 89.8 percent screen-to-body ratio, and Corning Gorilla Glass 3 protection. The phone is powered by the octa-core MediaTek Helio G70 SoC, coupled with up to 4GB RAM. It comes in 32GB and 64GB storage options and supports card to further expand the storage up to 256GB.