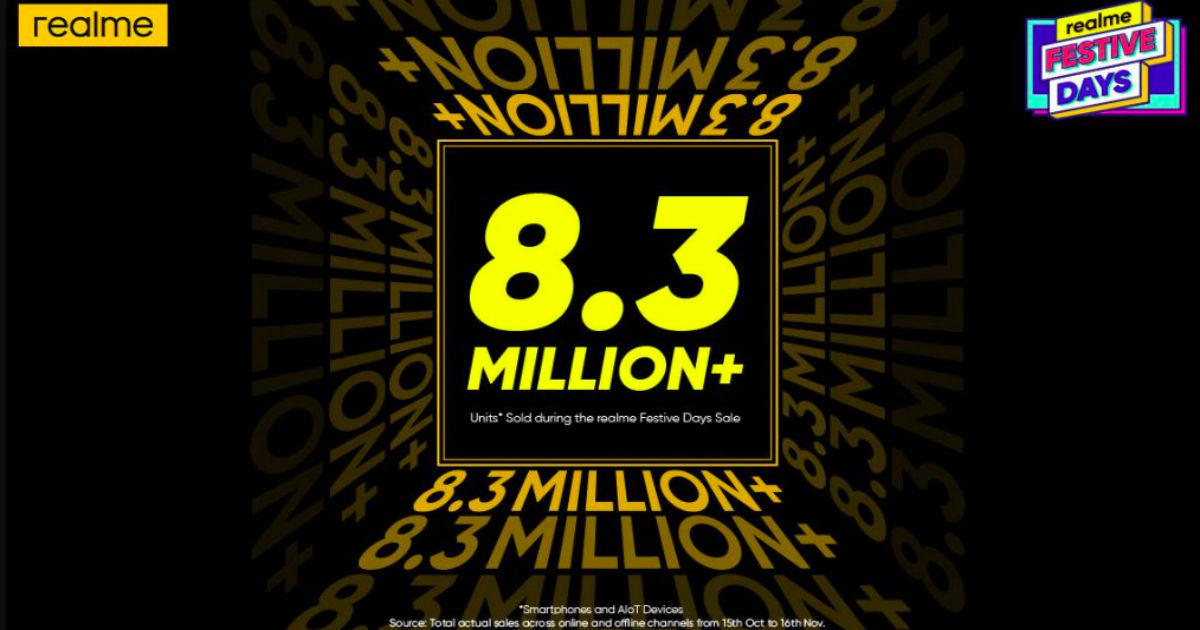 Realme has announced that it sold more than 8.3 million smartphones and AIoT devices during the recent Realme Festive Days sale from October 15th to November 16th through offline and online channels. Out of the 8.3 shipments, 6.3 million were smartphones, including 1.6 million Realme 7 series units, 1.35 million Narzo phones, and over 1.2 million Realme C11 units. The company says it has witnessed a 20 percent growth in the sale period compared to last year’s festive day sale. Realme said that it sold over 190,000 smart TVs, more than 1.25 million smart audio products, and over 350,000 smart wearables during the festive day sale. The company so far has launched over 50 IoT products in 2020 and plans to double down in 2021. 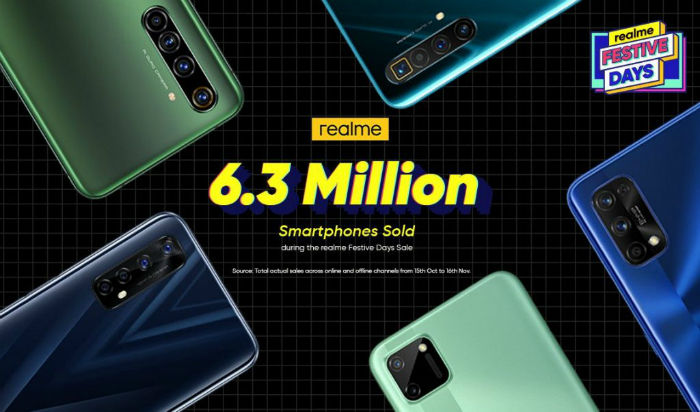 According to market research firm Counterpoint, Realme recently breached 50 million shipments globally since its inception in 2018 in Q3 2020, thereby becoming the fastest brand globally to do this. The company was able to retain the world’s fastest-growing smartphone brand for five consecutive quarters. Realme grew a whopping 132 percent QoQ and 45 percent YoY, according to Counterpoint. As for the Indian market, the company has witnessed a growth of over 300 percent QoQ and captured a 15 percent market share. It is also inching closer to top-tier brands like Vivo in terms of market share.

Aside from smartphones, Realme is focusing on audio products as well. The company’s TWS products in India grew by 45 percent QoQ to captured 12 percent market share. It could secure 3rd position among the country’s top brands list, according to Counterpoint research. Furthermore, as per IDC India’s monthly Wearable Device Tracker – September 2020, Realme took 1st position in the ‘Wearable Watch’ category in the country with a 22.1 percent share during September 2020.