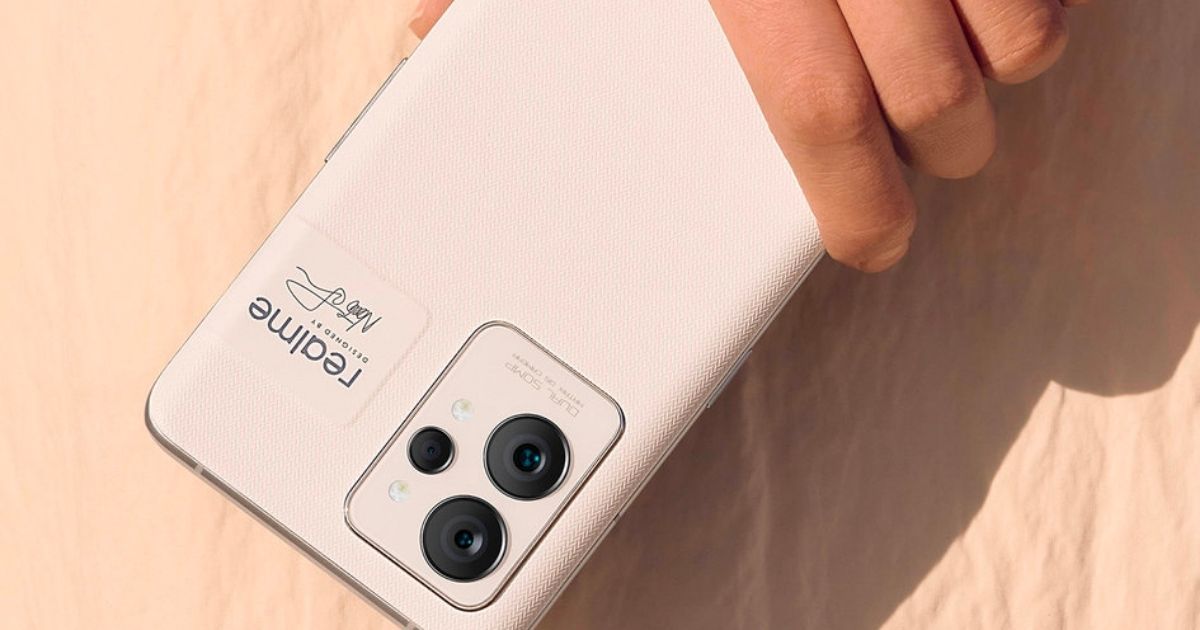 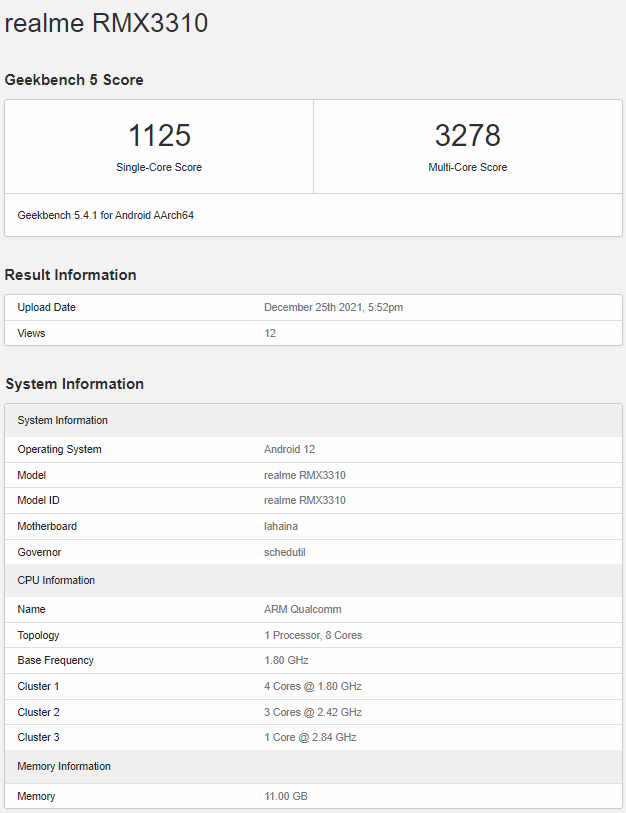 The Realme GT 2 with model number RMX3310 seems to have been tested through Geekbench before its official launch. The RMX3310, aka Realme GT 2, managed to score a single-core score of 1125 and a multi-core score of 3278. The smartphone comes with Snapdragon 888 under the hood paired with 12GB RAM. The smartphone runs Android 12 with RealmeUI 3.1 on top.

The Realme GT 2 was also recently appeared on the TENNA and BIS portal, revealing the smartphone’s specifications. The Realme GT 2 would feature a 6.62-inch AMOLED display. Qualcomm’s Snapdragon 888 chipset would power the smartphone. The chipset under the hood will be paired with 8GB/12GB of RAM and 128GB/256GB of internal storage.

The Realme GT 2 series is set to debut globally on January 4th. The upcoming flagship series would include the Realme GT 2 and Realme GT 2 Pro. Both smartphones are expected to bring major improvements in design and hardware compared to previous Realme smartphones.