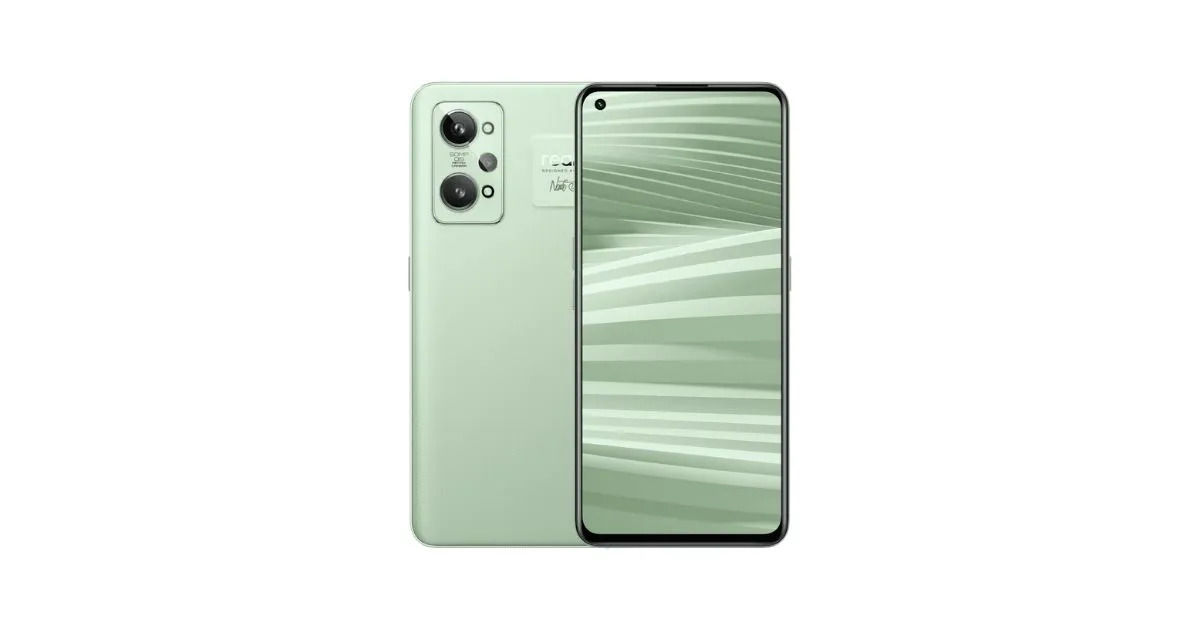 Realme launched the Realme GT 2 and Realme GT 2 Pro in China. The Realme GT 2 Pro is the latest and most expensive flagship offering from Realme. Recently, the brand’s VP, Madhav Seth, confirmed that the Realme GT 2 series will debut in India soon. Now, the Realme GT 2 Indian and global variants have been spotted on the Google Play Console and Play Supported Devices list, which suggests an imminent launch of the device. According to the listing, Realme GT 2 will carry model number RX3311 in the global market, and RX3312 in the Indian market.
Show Full Article

The Google Play Console listing, spotted by MySmartPrice, also reveals Realme GT 2 will be powered by Qualcomm Snapdragon 888 octa-core Soc paired with 12GB RAM. It has Android 12 OS with Realme UI 3.0 on top. 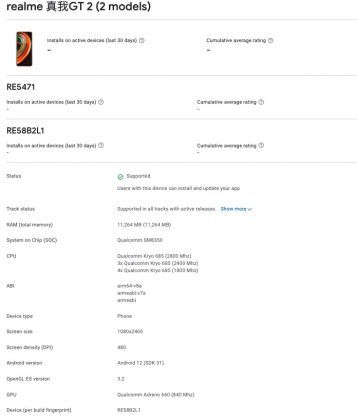 Realme GT 2 flaunts a 6.62-inch AMOLED display with a 120Hz refresh rate. Under the hood, the handset is powered by an octa-core Qualcomm Snapdragon 888 SoC paired with Adreno 660 GPU. The device comes with up to 12GB LPDDR5 RAM and 256GB UFS 3.1 storage. The GT 2 packs a 5,000mAh battery with support for 65W fast charging.

As for the optics, Realme GT 2 comes with a triple camera setup including a 50MP primary camera, an 8MP ultra-wide camera, and a 2MP micro camera. On the front, it has a 16MP snapper for selfies and video calls. Additionally, it has a Dolby Atmos stereo speaker and a Type-C port for charging. It comes in four colour options – Paper Master, Paper Sen, Blue, and Black.

Unfortunately, the Realme GT 2 price in India and the launch date are still a mystery. However, we expect to learn more about it in the coming days.