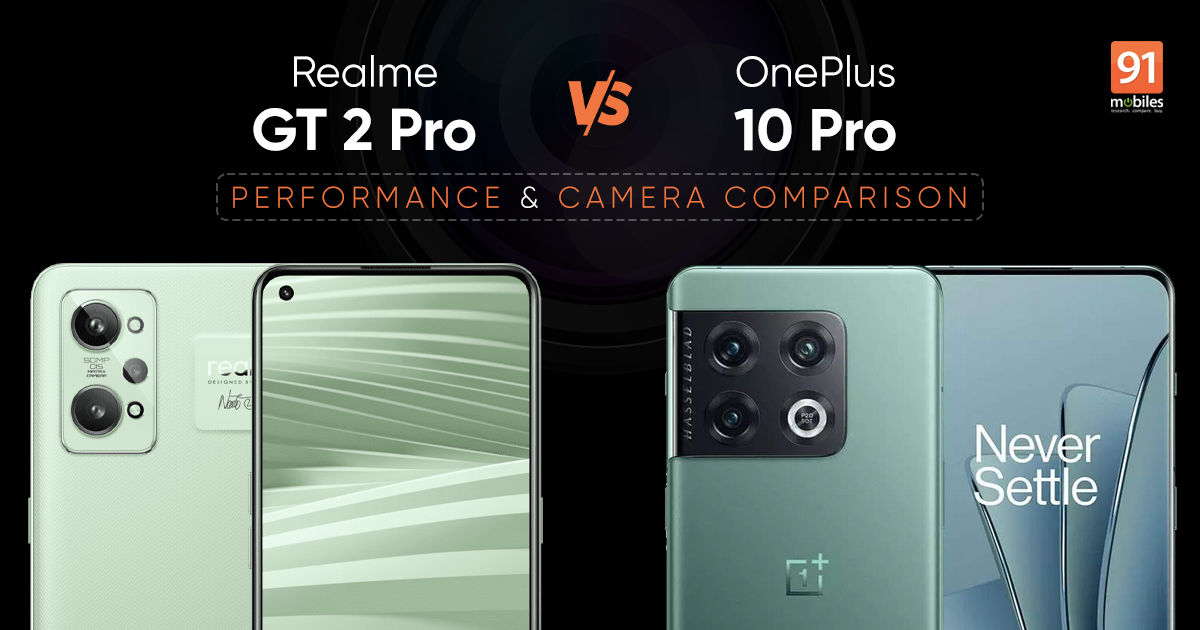 Slowly but surely, Realme has amassed a ginormous fanbase in India and the company is giving veteran smartphone vendors a tough time, especially in the affordable segment. And, with the launch of the Realme GT 2 Pro, the brand is taking the fight to the big dogs in the premium segment as well. To wit, the smartphone offers eerily similar specs to the OnePlus 10 Pro (review) and despite that, the handset undercuts OnePlus’ offering by quite some margin. So, today, let’s take a closer look at the duo’s performance and camera prowess to find out which phone is better suited for you.

That’s not all, as the phones could run graphically demanding titles like BGMI and CoD Mobile at the same graphics and FPS presets too. To wit, I could play BGMI with the graphics locked at HDR and the FPS set to the Extreme preset on both phones. You’ll also get the option to download and use the UHD texture pack on the devices, which is great.

Now, I should add that while both the phones perform incredibly well out of the box, their SoCs operate a bit conservatively. To my understanding, the manufacturers have limited the handset’s performance in favour of better temperatures and longer battery life. Don’t get me wrong, the phones perform remarkably well, to begin with, however, you can squeeze out more performance from the pair by going into their respective battery settings and enabling the ‘high-performance mode’ on the OnePlus 10 Pro and the ‘GT mode’ on the Realme GT 2 Pro.

With the utility enabled, I noticed that the OnePlus 10 Pro outputted significantly higher numbers in GeekBench. That said, both the phones saw their performance stability dip to 70 percent in the CPU throttling test as well. All said and done, the Realme GT 2 Pro and the OnePlus 10 Pro are among the fastest Android phones in the market and make for a great buy for anyone looking for a performance-focussed device.

If you have a knack for photography, then you’ll find plenty to like about the OnePlus 10 Pro and the Realme GT 2 Pro’s respective camera arrays. Spec-wise, OnePlus’ offering employs a 48MP Sony IMX789 main sensor that works alongside a 50MP Samsung JN1 ultrawide sensor with a 150-degree FoV and an 8MP 3.3x telephoto sensor. 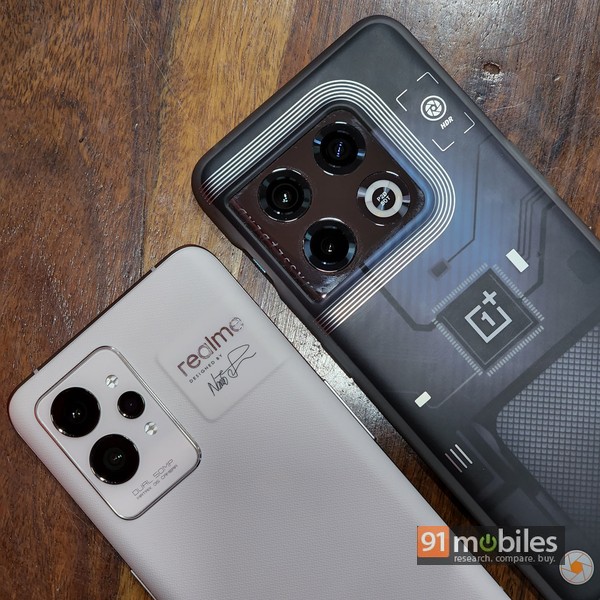 The Realme GT 2 Pro, on the other hand, employs a 50MP Sony IMX766 sensor which is assisted by a 50MP Samsung JN1 ultrawide angle sensor and a 40x micro-lens camera. For selfies, both the phones ship with a 32MP Sony IMX615 snapper upfront.

With the specs out of the way, let’s take a closer look at the daylight snaps from the two phones. Right off the bat, you should know that the OnePlus 10 Pro’s 48MP sensor squeezes a tad more detail from a given scene compared to the GT 2 Pro’s 50MP shooter. To wit, the handset consistently yielded more detail-laden photos with slightly better corner sharpness. That said, the GT 2 Pro’s photos offered more accurate colours. As an example, in the slider attached below, the Realme GT 2 Pro’s photo, while quite appealing, has rendered the objects positioned towards the edges of the frame a tad soft. 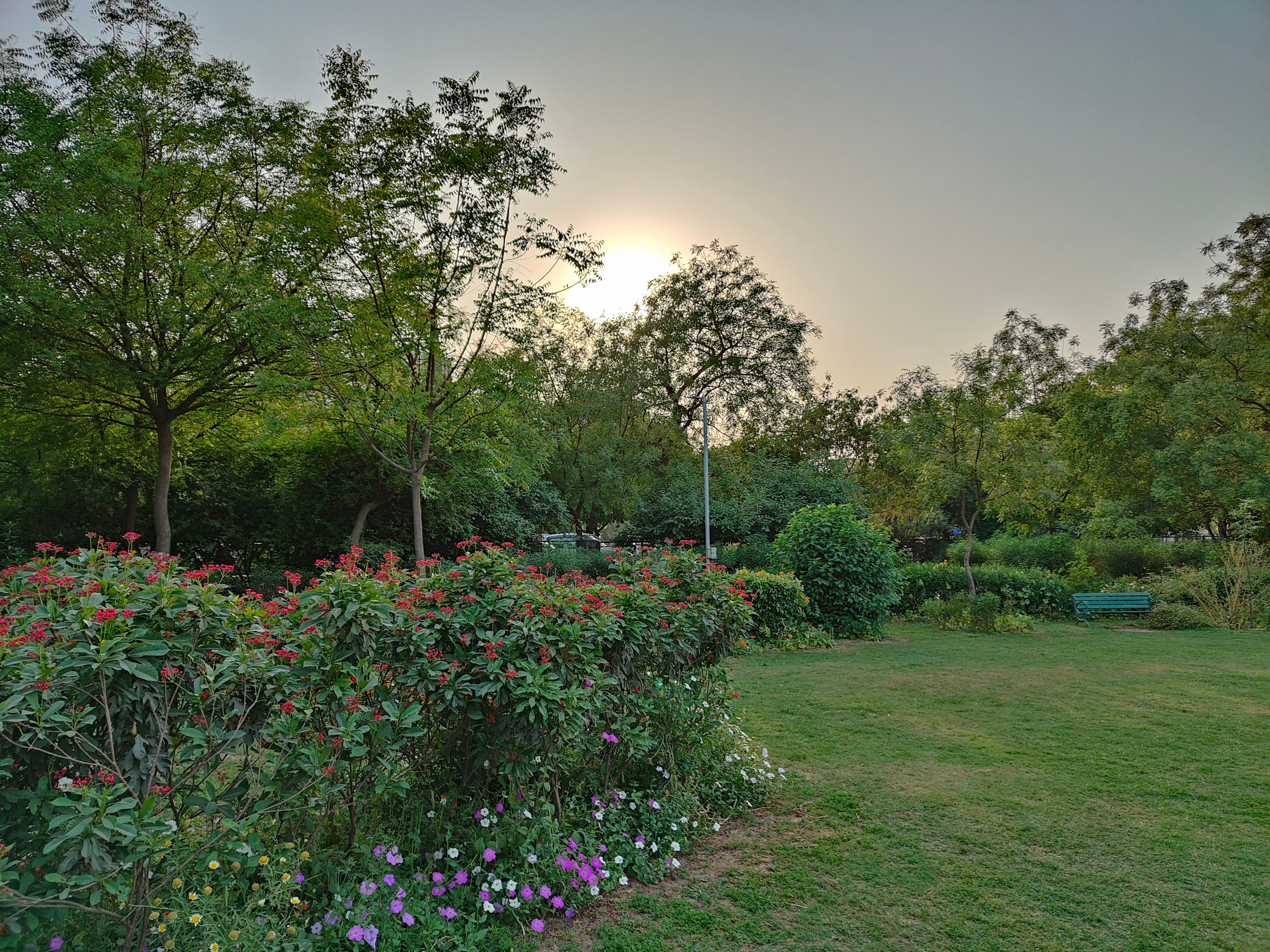 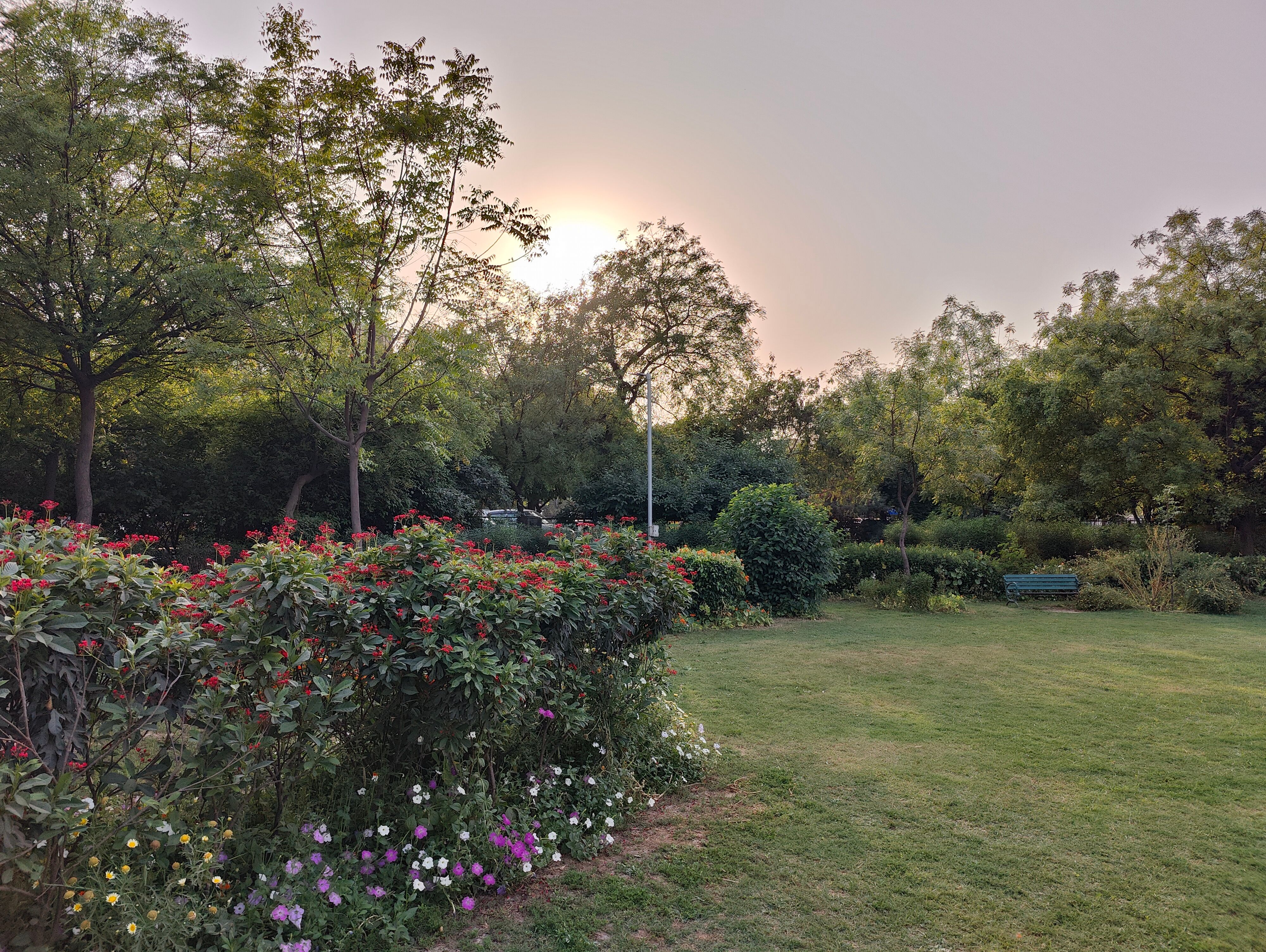 The same is evident if you zoom into the green bench, which appears more structured in OnePlus 10 Pro’s photo. That said, the colours appear more natural in the GT 2 Pro’s snap. In fact, the OnePlus 10 Pro’s colour science sways in the favour of warmer tones, so you’ll notice that the foliage appears a smidge yellowish in the photos. On the bright side, both the images exhibit excellent dynamic range and stellar exposure control. 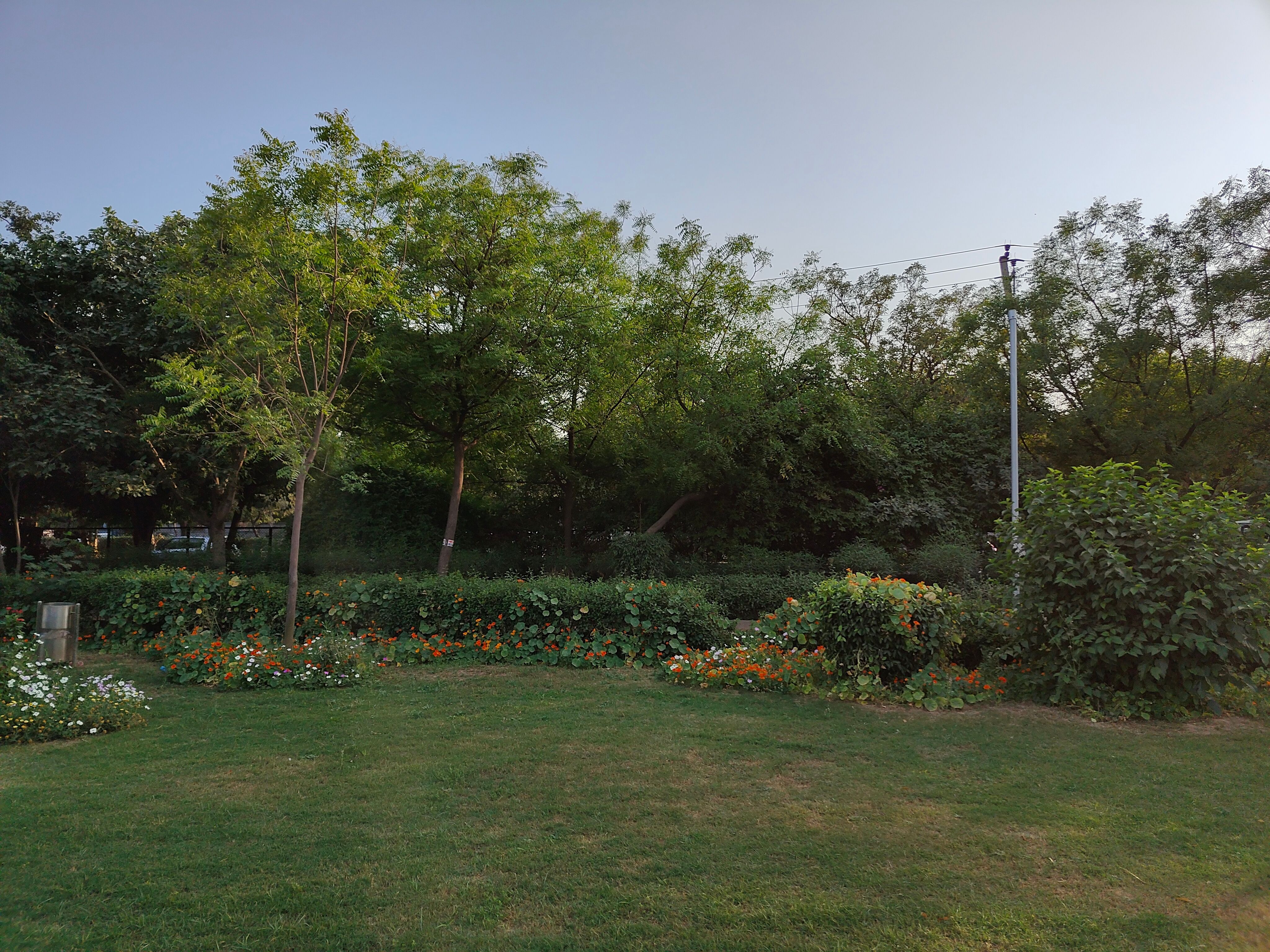 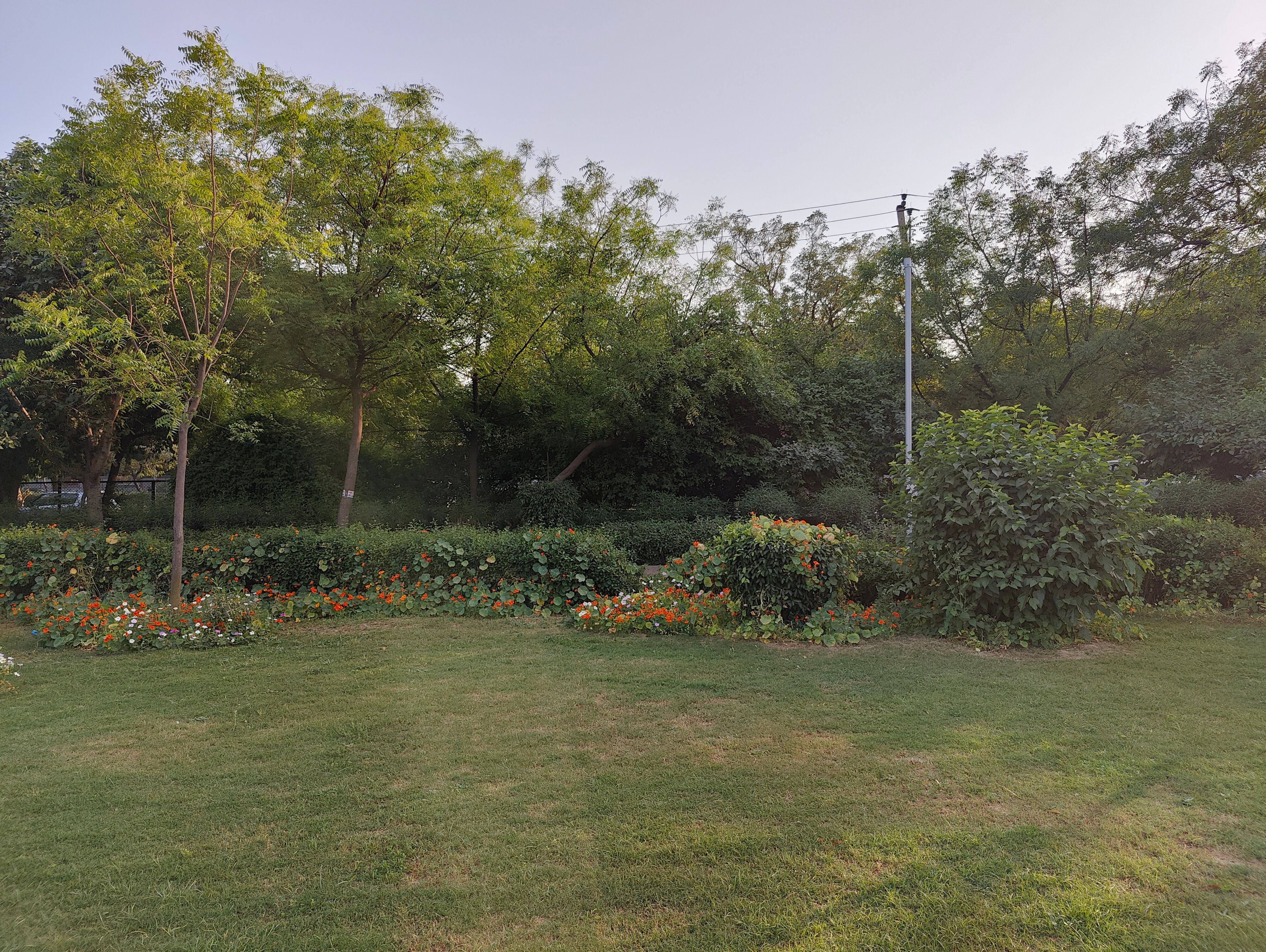 Here’s another example that substantiates my findings further – in the slider attached above, you’ll notice that the colours appear muted in the OnePlus 10 Pro’s photo. Furthermore, I noticed that the handset’s main and UW sensors were more susceptible to lens flare too. In fact, you can clearly see a glare from the sun run through the middle of the OnePlus 10 Pro’s shot. The GT 2 Pro, on the other hand, yielded a more likeable image with appealing colours. That said, the snap offers lesser detailing around the periphery of the frame than the OnePlus 10 Pro’s photo.

Both the phones can click high-resolution snaps with their respective main sensors too. As for the quality of the images, well, the devices are nip and tuck here as well. In fact, while the Realme GT 2 Pro clicks slightly oversharpened images, the handset reciprocates colours better too. So, you win some and you lose some with either of the two handsets. 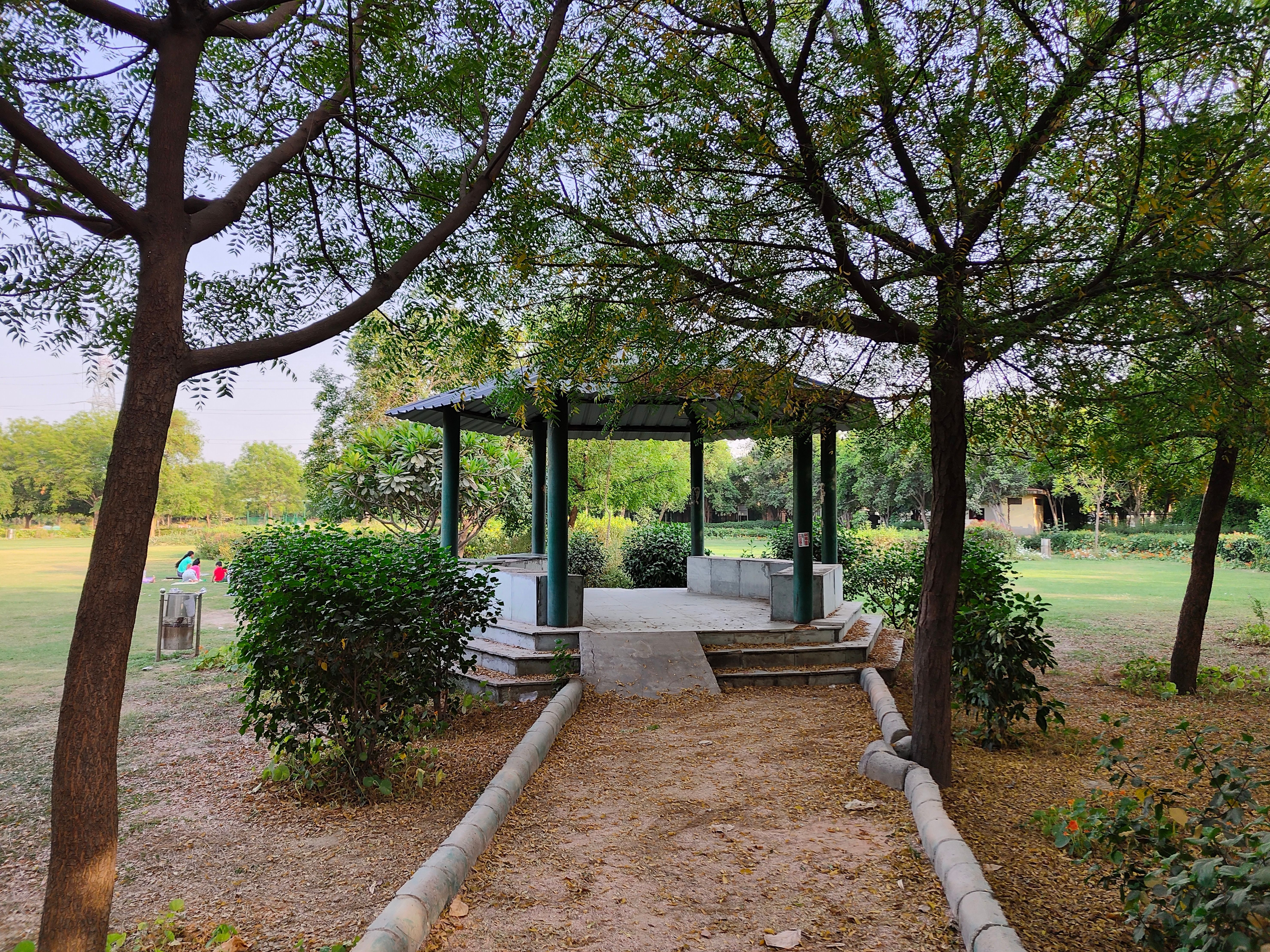 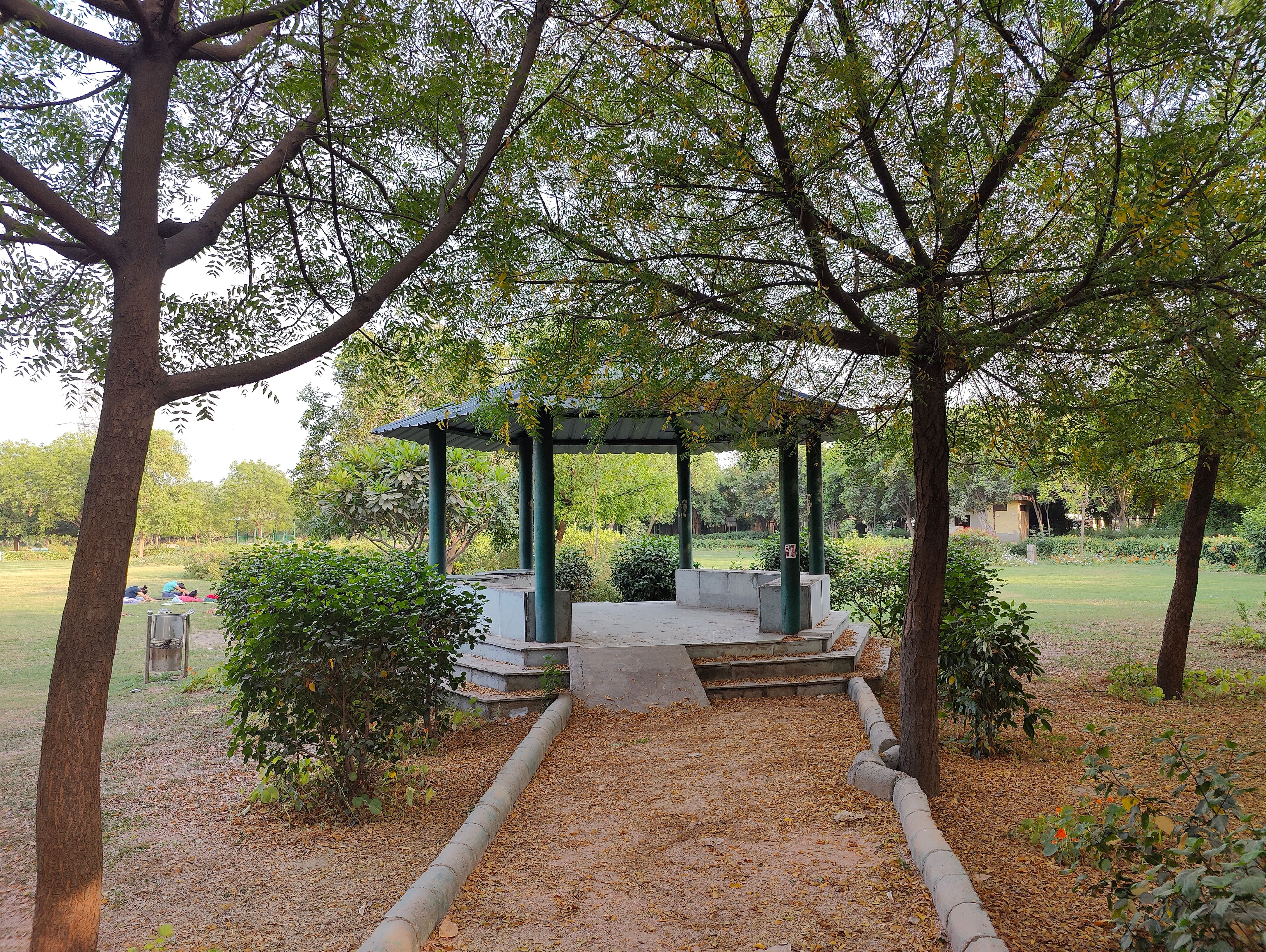 As an example, if you look at the slider attached above then here, the edges of the canopy appear overly sharpened in the GT 2 Pro’s photo. The 10 Pro’s image, on the other hand, looks slightly better at a closer crop. However, the handset has mucked up the colour of the bark of the trees, which appears reddish in the photo.

The OnePlus 10 Pro and the Realme GT 2 Pro utilise the same ultrawide angle sensor and correspondingly, output near-identical photos with the underlying difference being the colour temperature disparity in the shots. 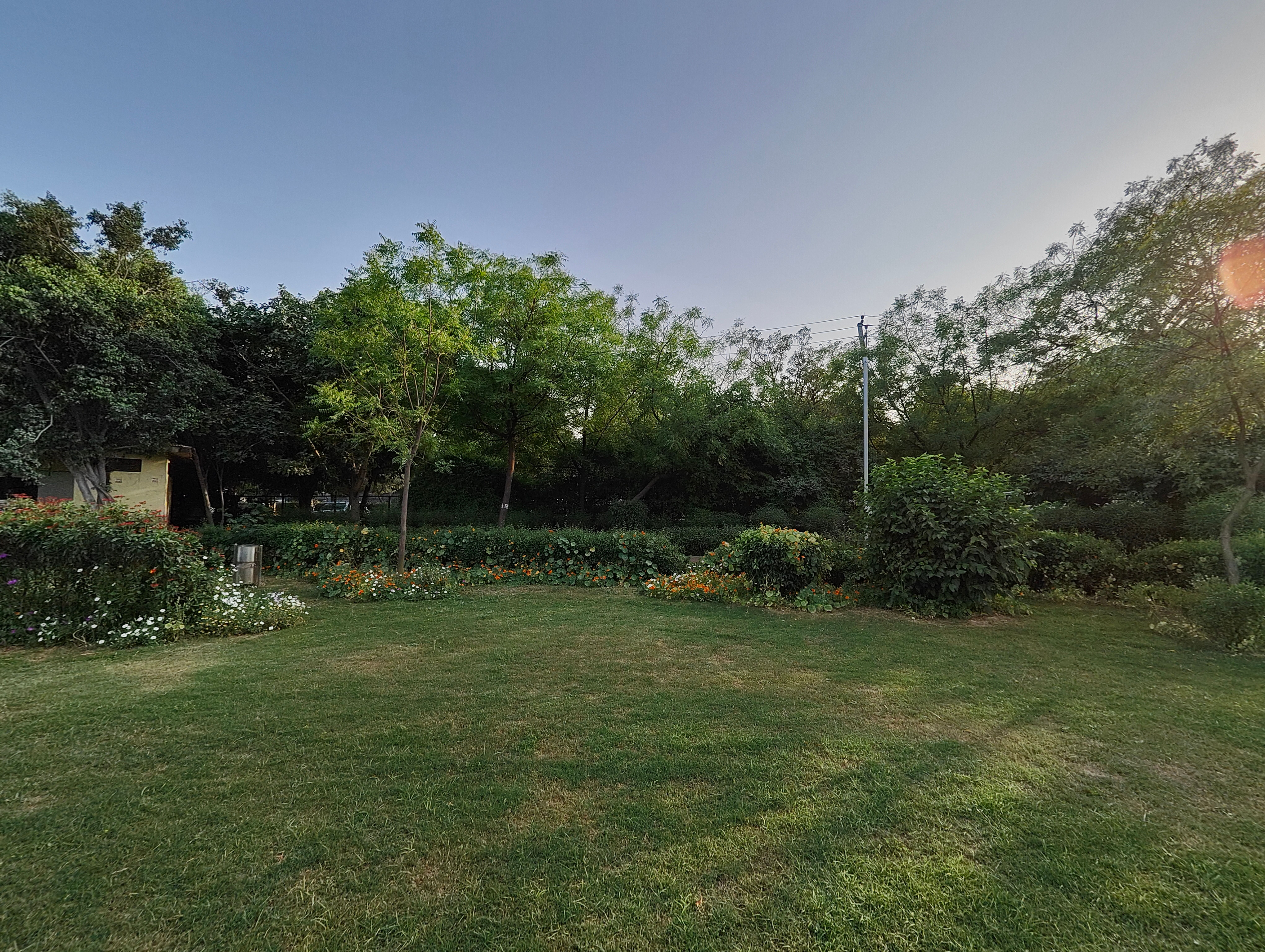 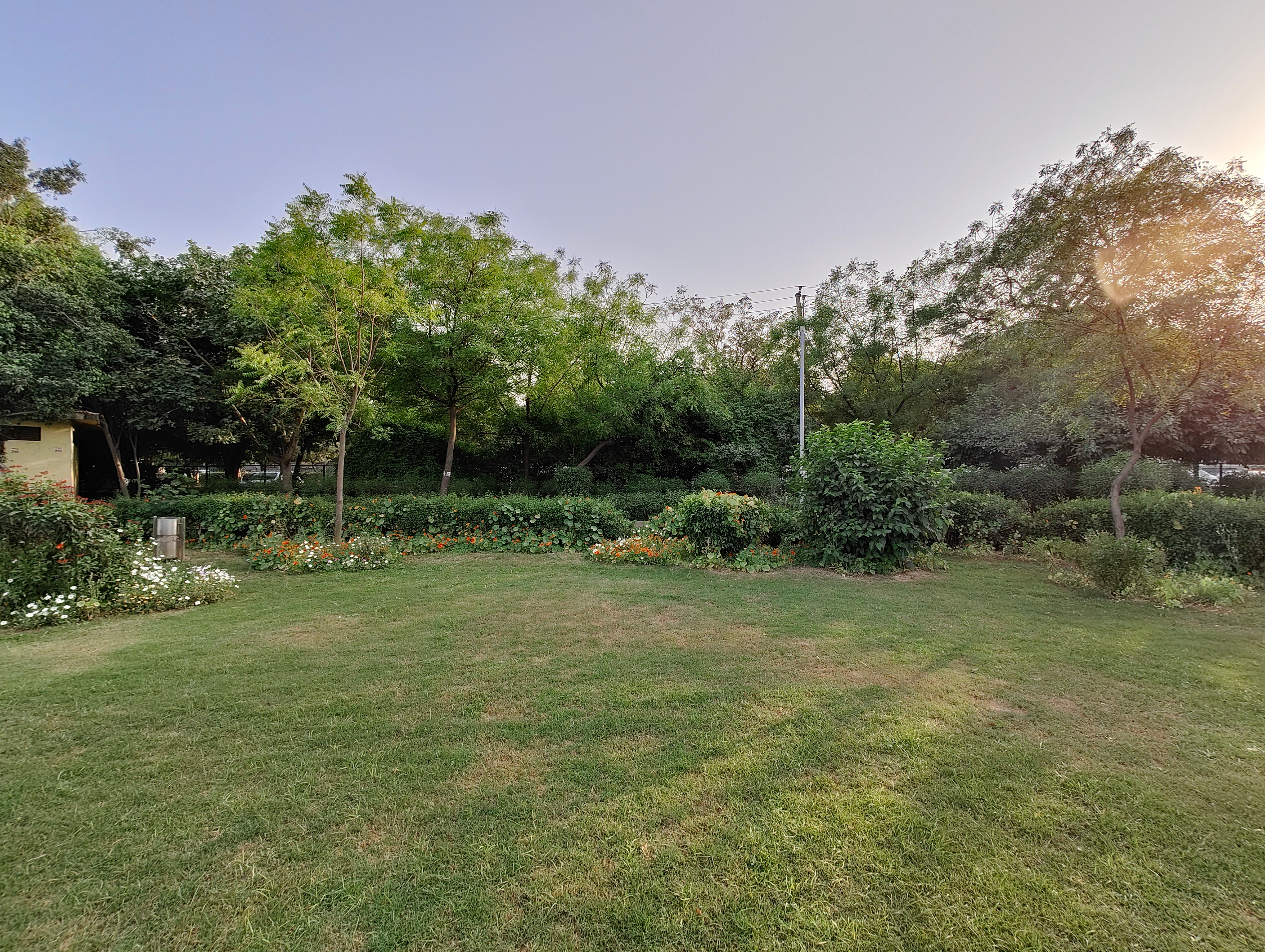 No surprises here, the OnePlus 10 Pro’s dedicated telephoto lens clicks sharper images compared to the Realme GT 2 Pro, which has to rely on software wizardry to digitally zoom into subjects. 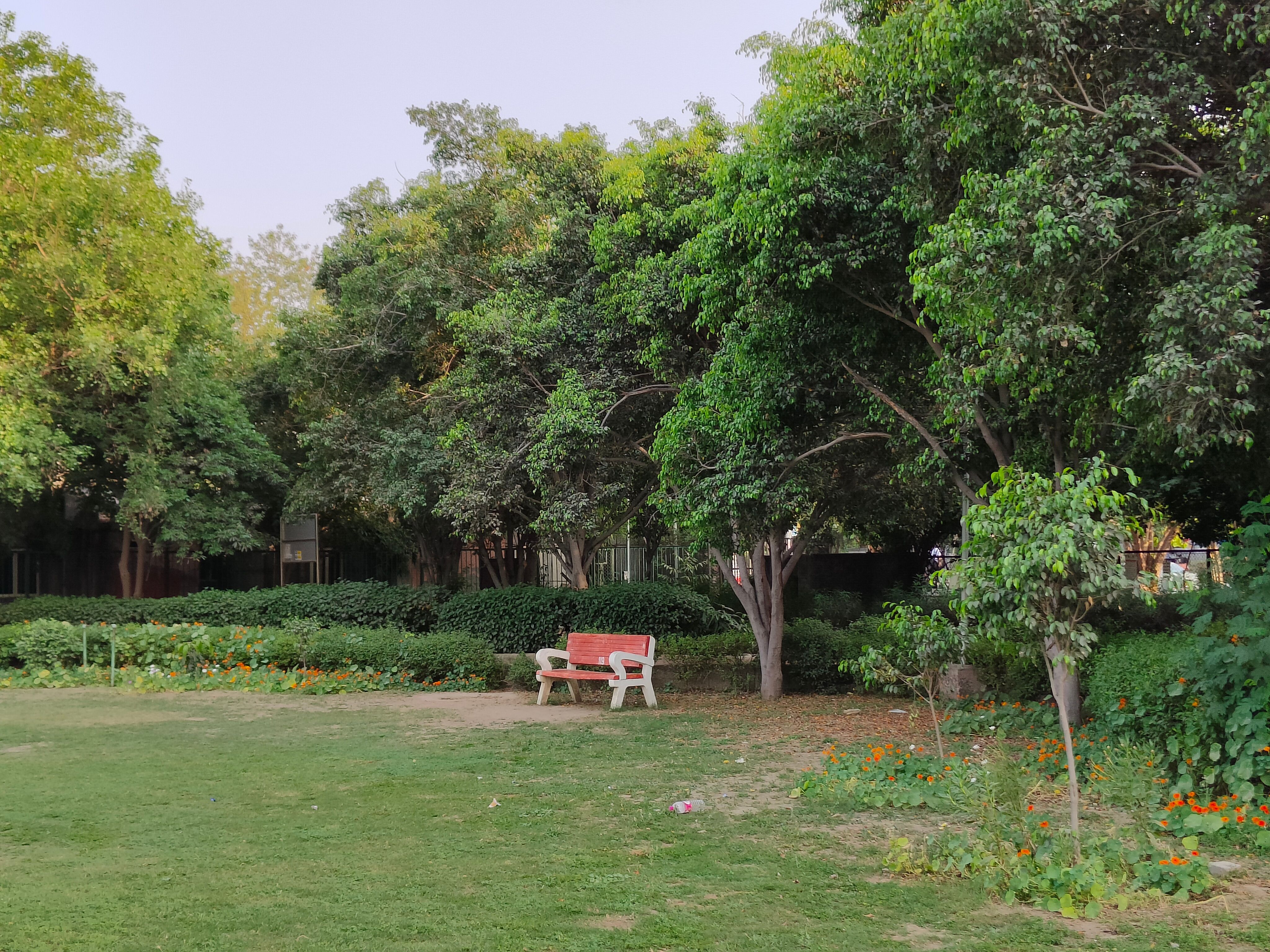 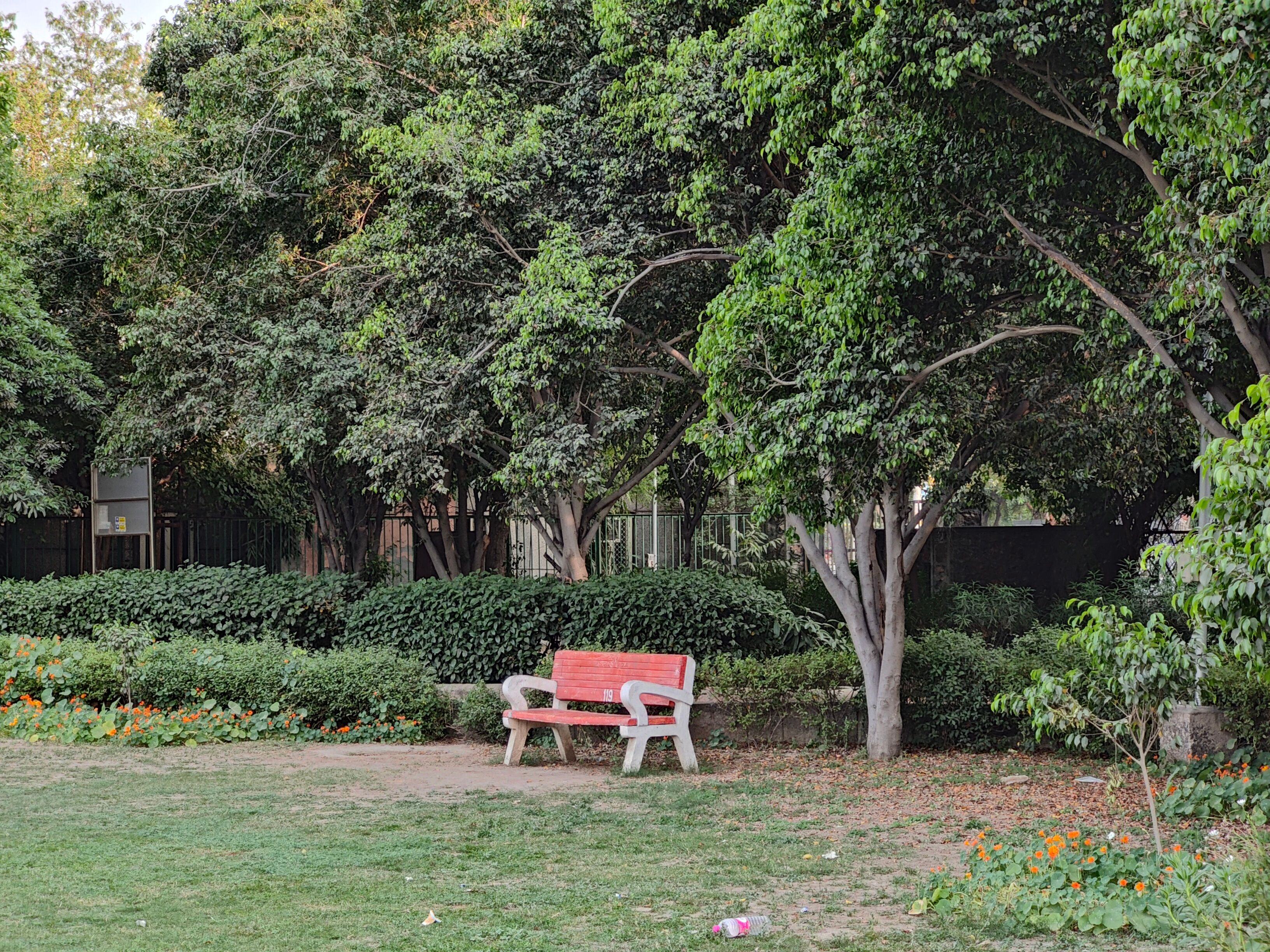 As an example, if you look at the slider attached above then here, the park bench, as well as the shrubs at the bottom offer much better definition in OnePlus’ composition. 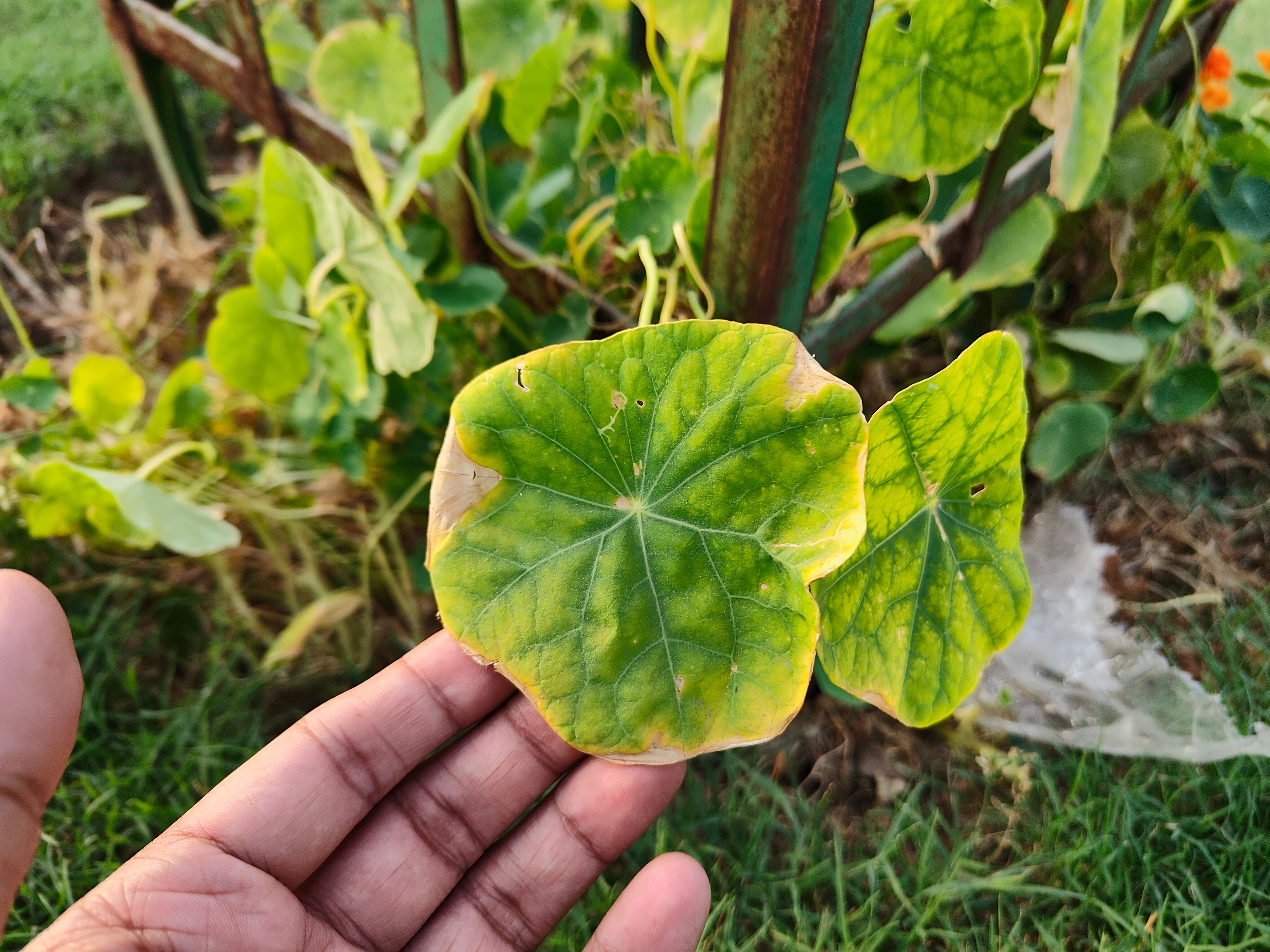 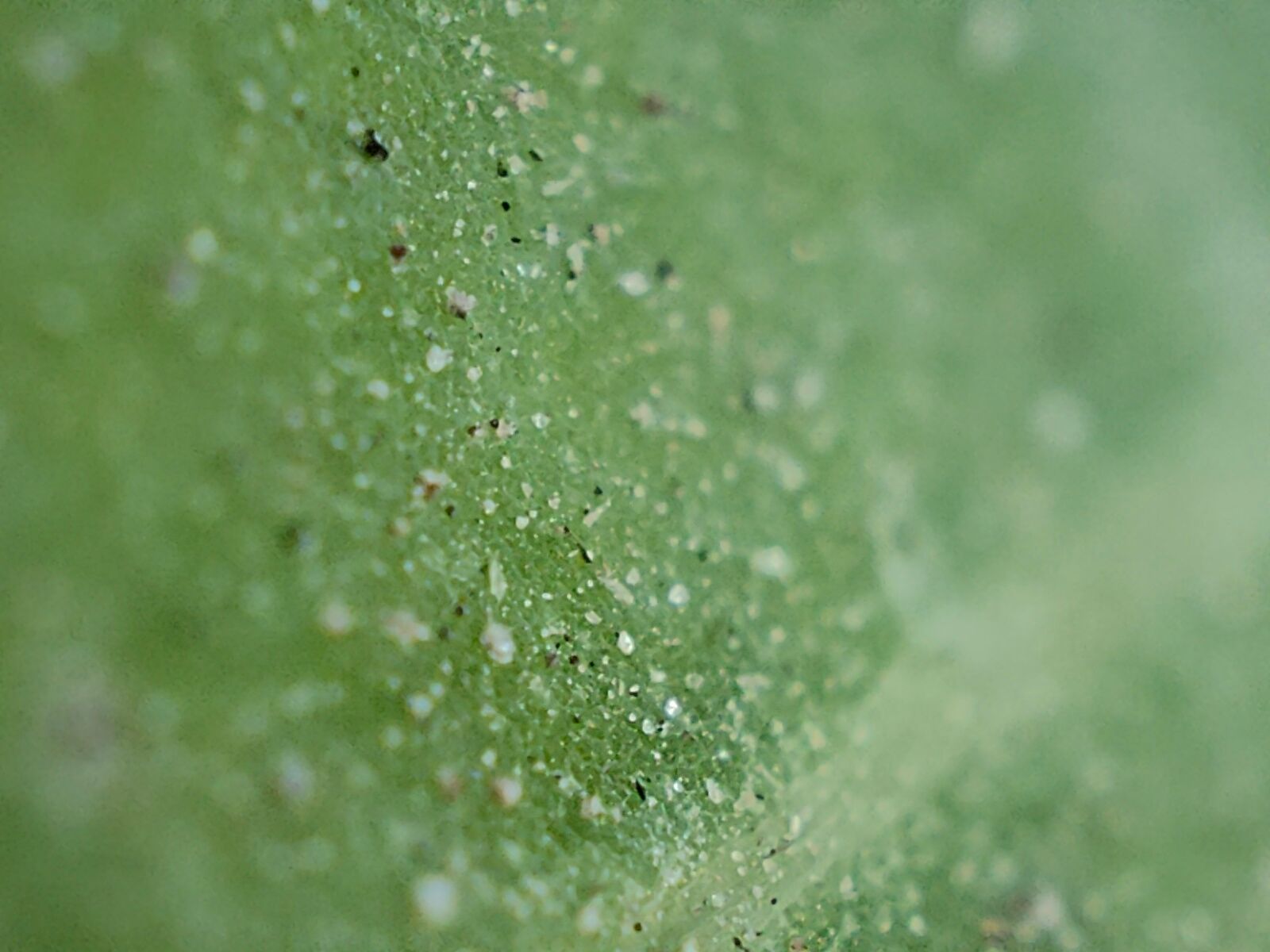 On the flipside, the Realme GT 2 Pro allows users to get extremely close to the subject as the device ships with a 40x micro-lens. To demonstrate the sensor’s prowess, take a look at the slider above wherein, the shot on the left is from the handset’s main camera, whereas the image on the right – which highlights the dust particulates on the leaf – is from the micro lens. Rest assured, both the phones tout enough features to get a photographer’s creative juices flowing.

While the photos from the duo’s rear cameras are neck and neck, the OnePlus 10 Pro is the clear choice for selfie enthusiasts. To wit, despite disabling all the beautification features, Realme’s offering glossed over the facial details of the subject. 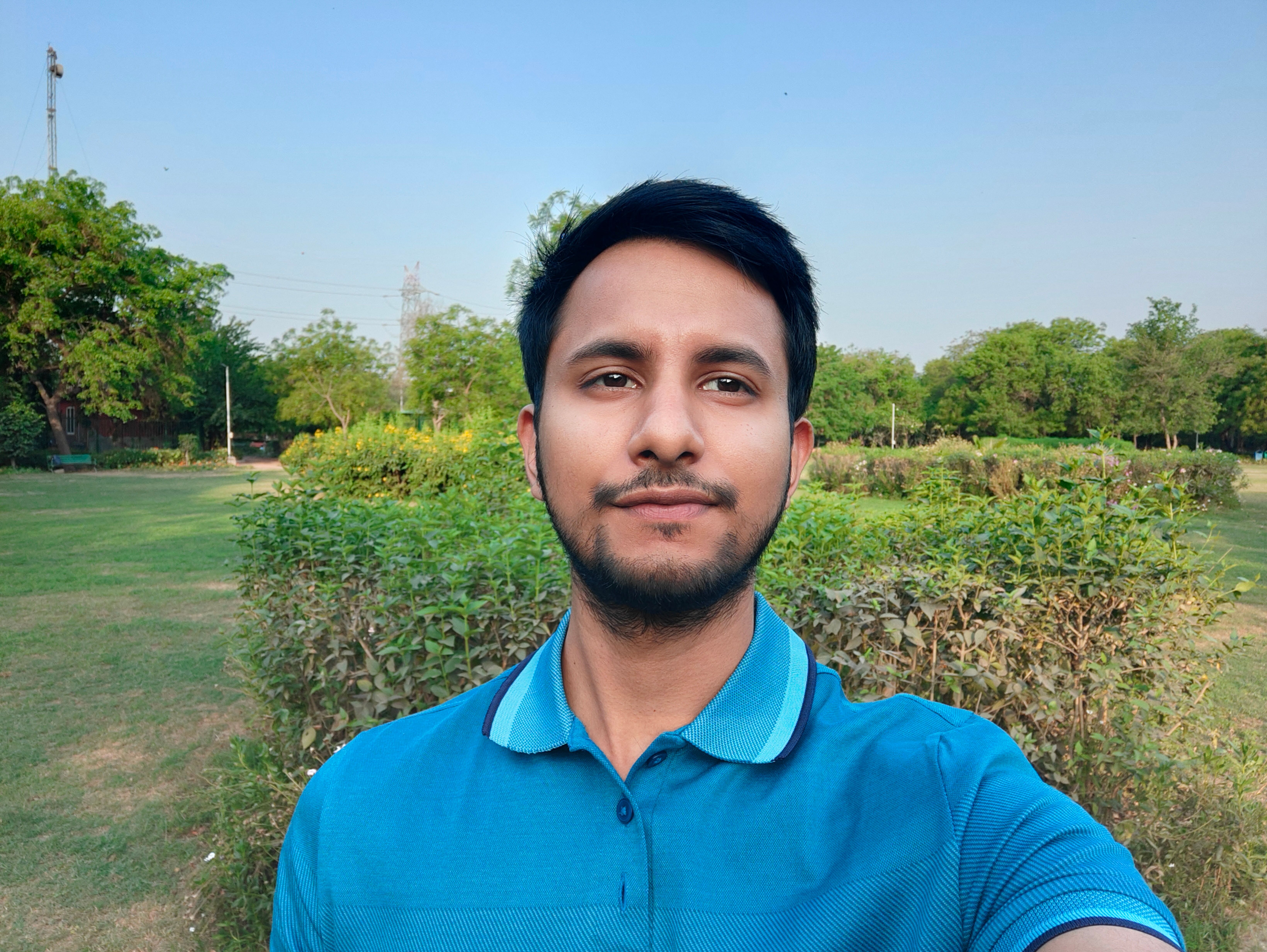 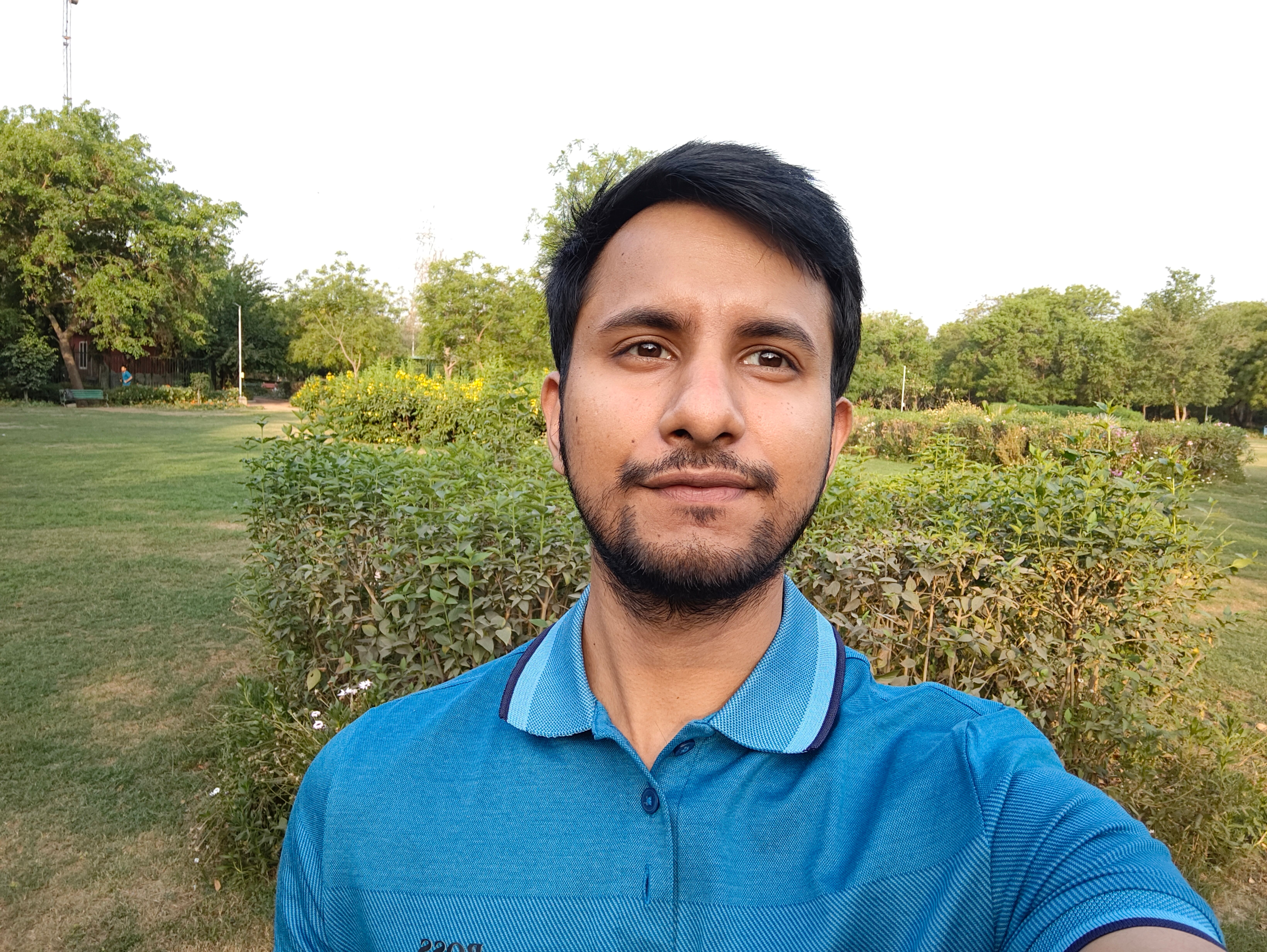 The OnePlus 10 Pro, on the other hand, yielded a superior image that was replete with details and offered truer-to-life colours.

For the most part, I found the Realme GT 2 Pro more competent at taking close up snaps. As an example, the smartphone managed to create a convincing blur effect around the petals of the white flower whilst retaining ample details near the bits in focus too. Furthermore, the colours appear more realistic in the GT 2 Pro’s snap too. 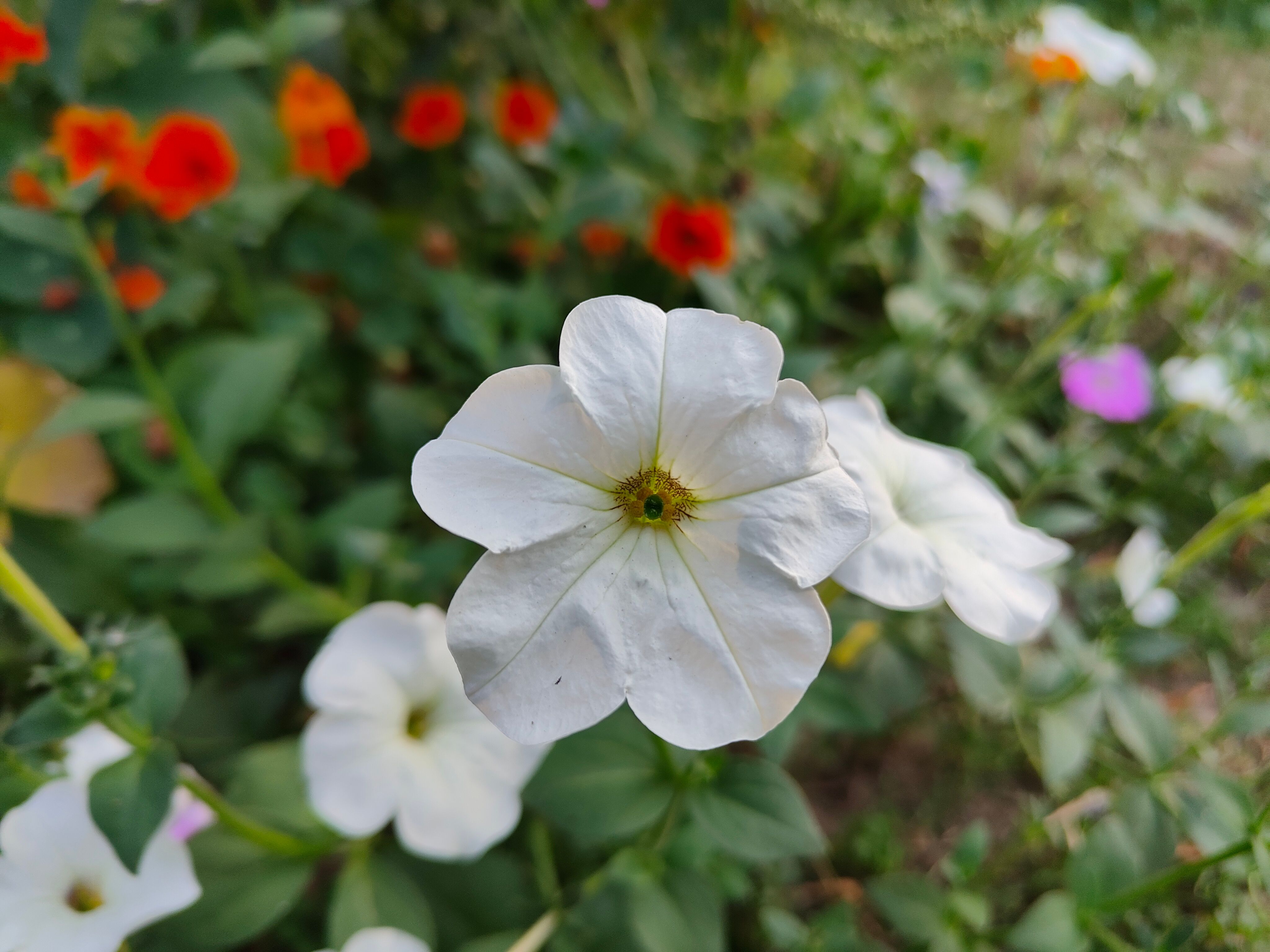 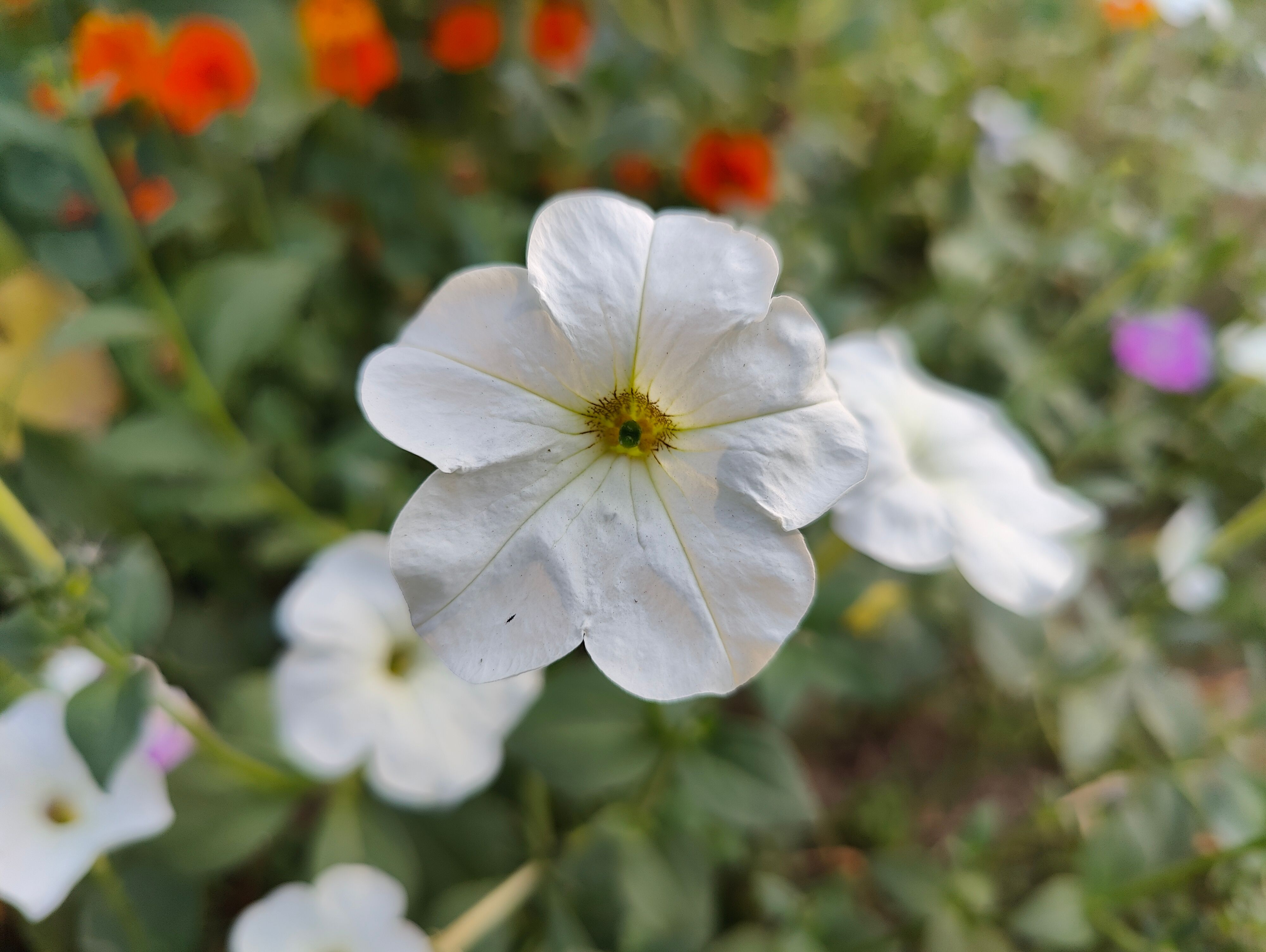 Now, the handset does blotch red hues a tad more, which is evident from the slider attached below wherein, the petals of the orange flower seem to merge into one another. 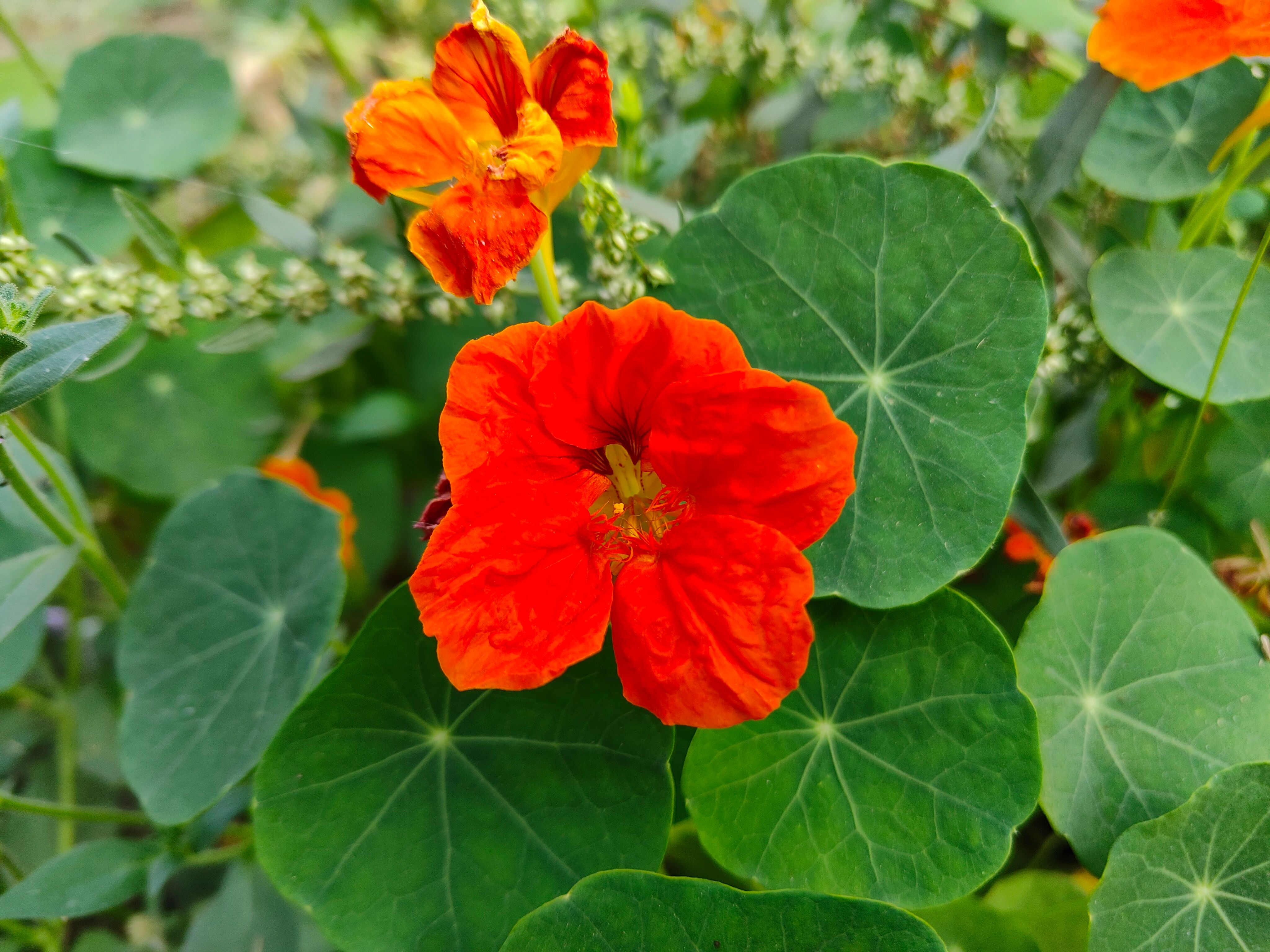 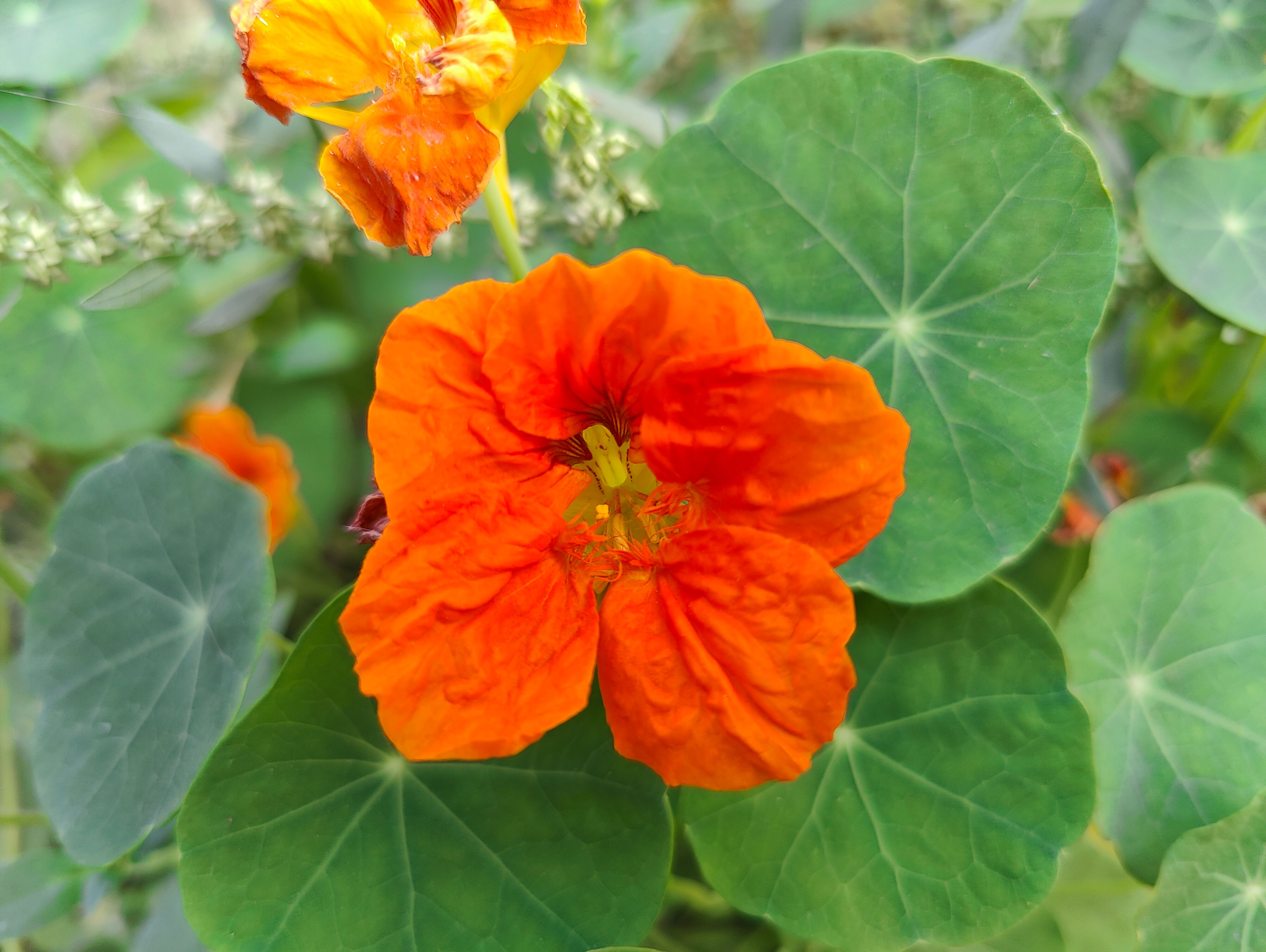 The OnePlus 10 Pro has done a commendable job here and the device has reciprocated the texture on the petals to a tee. That said, the smartphone’s colour science is, once again, not up to the mark and the device has muted the lively orange shade of the flower by quite a bit.

The Realme GT 2 Pro takes the lead in lowlight scenarios too. While both the phones are guilty of brightening the scene to the point where the photos look a bit unnatural, the OnePlus 10 Pro doesn’t offer the same sharpness as the Realme GT 2 Pro. Furthermore, there’s noticeably more noise in OnePlus’ composition too. 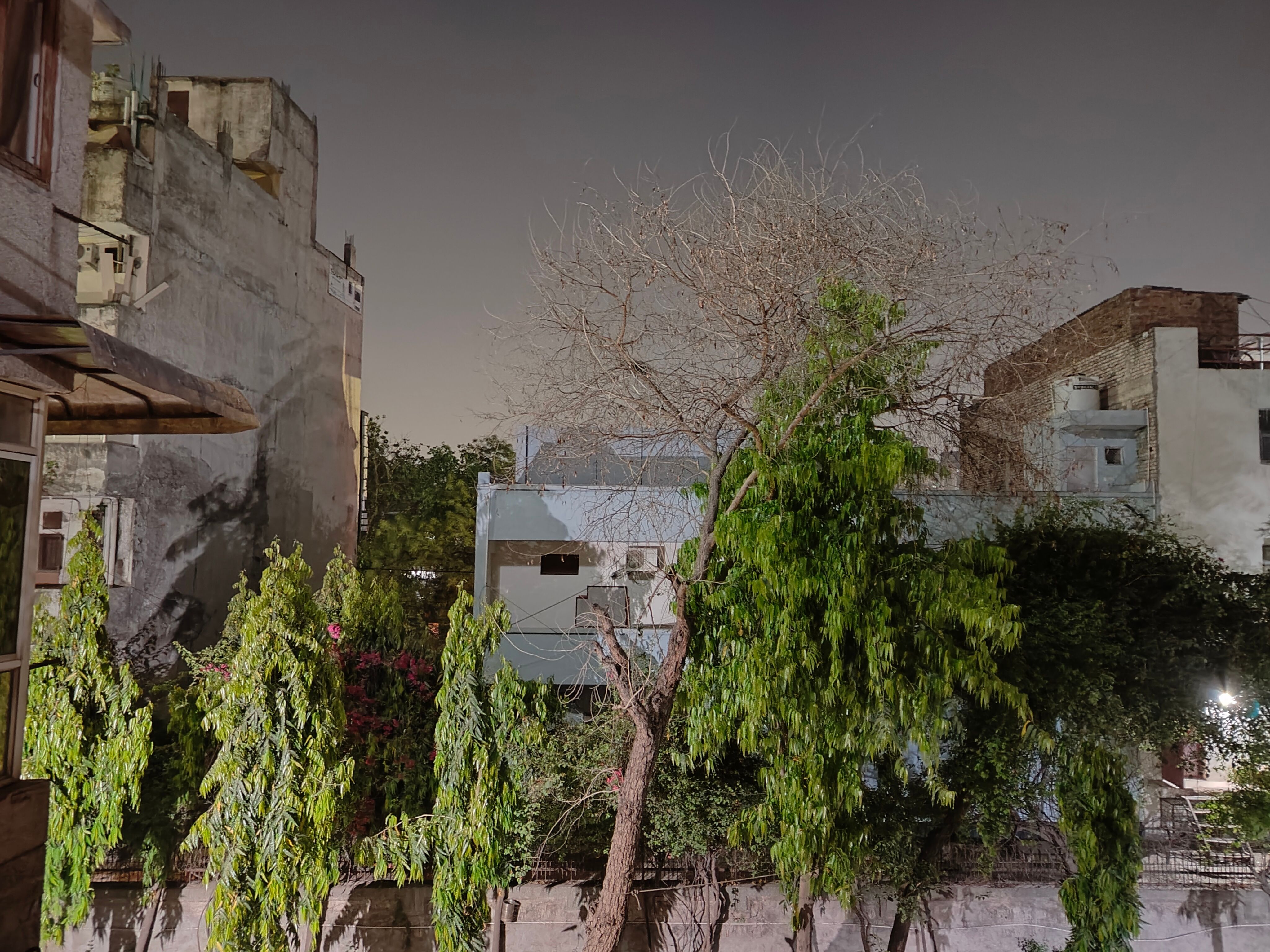 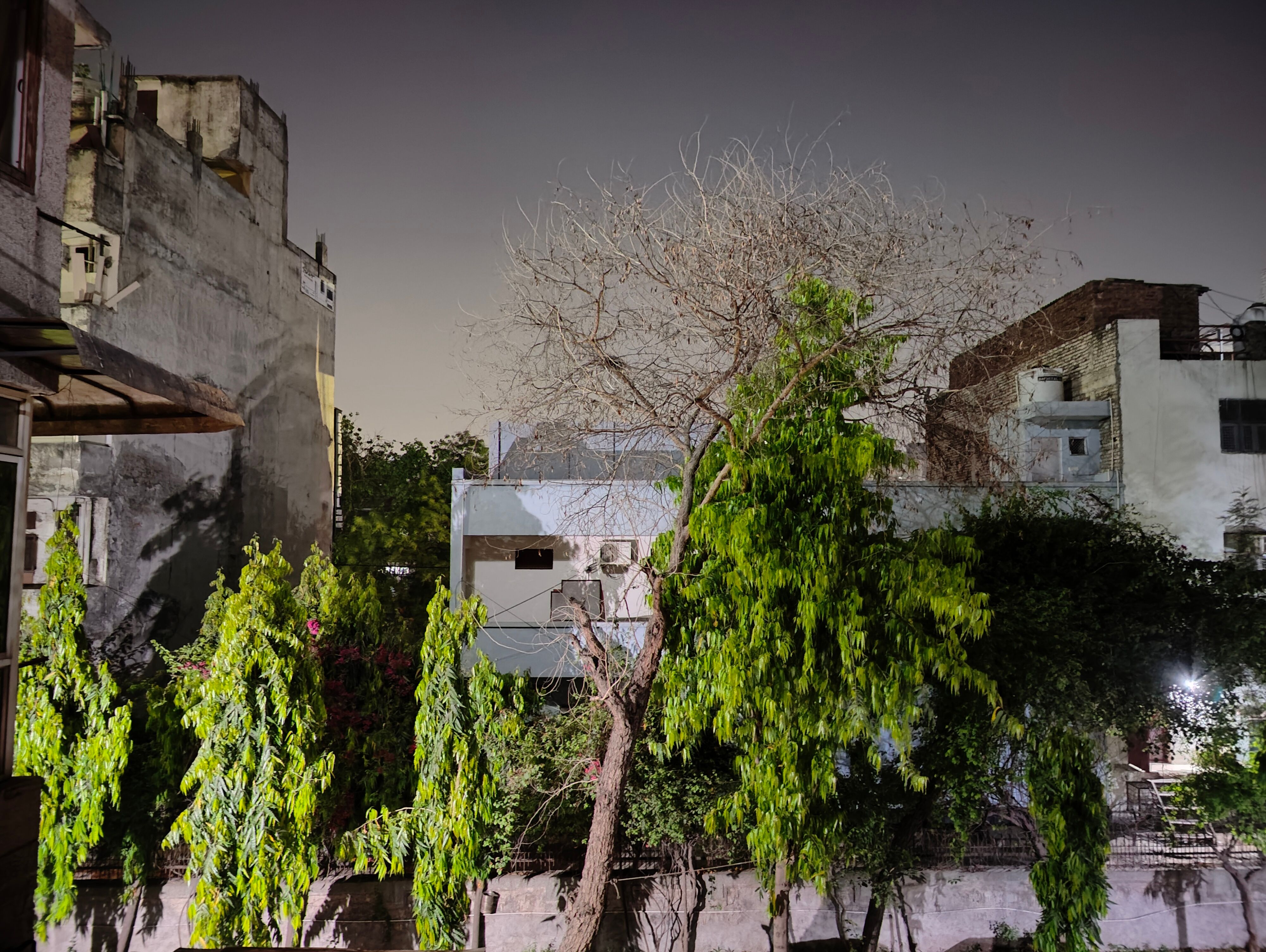 As an example, if you look at the slider attached above then here, the GT 2 Pro has managed to retain the definition of the leaves in the foreground. The OnePlus 10 Pro’s photo, on the other hand, looks a bit less desirable and the leaves of the trees seem to merge into each other.

The Realme GT 2 Pro starts at Rs 49,999 and for the price, offers immense value to buyers. Not only can the handset match the OnePlus 10 Pro’s performance, but the device offers a capable camera stack that can go toe to toe with OnePlus’ offering too. I will have more to say about other aspects of the phone soon, so stay tuned for my full review of the GT 2 Pro. That said, if you prioritise a smartphone’s camera and performance over everything else, then I’d reckon you should opt for the Realme GT 2 Pro over the OnePlus 10 Pro.