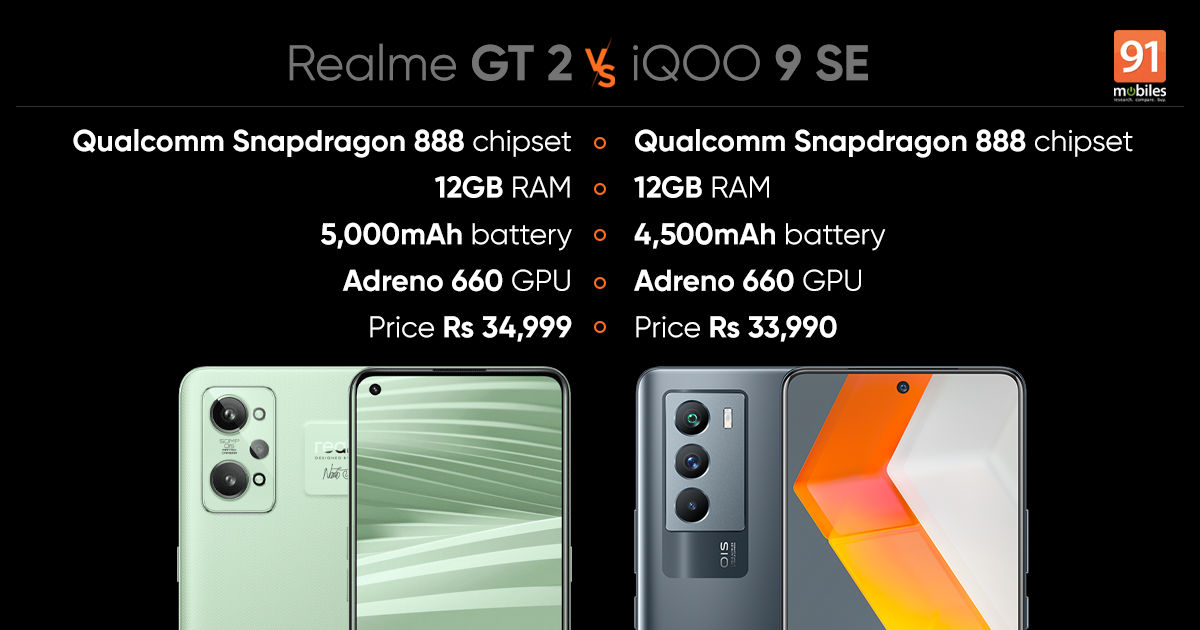 The Realme GT 2 (review), announced earlier last month, is another attempt by the former OPPO sub-brand to foray into the lucrative budget flagship segment. I had reviewed the device and concluded it to be a worthwhile option under Rs 35,000 thanks to its amazing hardware specs and one-of-a-kind design language. There are a few other phones that compete with the Realme GT 2 but none more important than the iQOO 9 SE (review). In fact, both the devices offer the same core specs which begs the question – which smartphone is better suited for performance-fiends?  Well, that’s what I’m here to find out. Today, I will be pitting the phones against one another in an in-depth performance and gaming comparison. Suffice it to say, if you were eyeing the devices, you’ll want to read on. 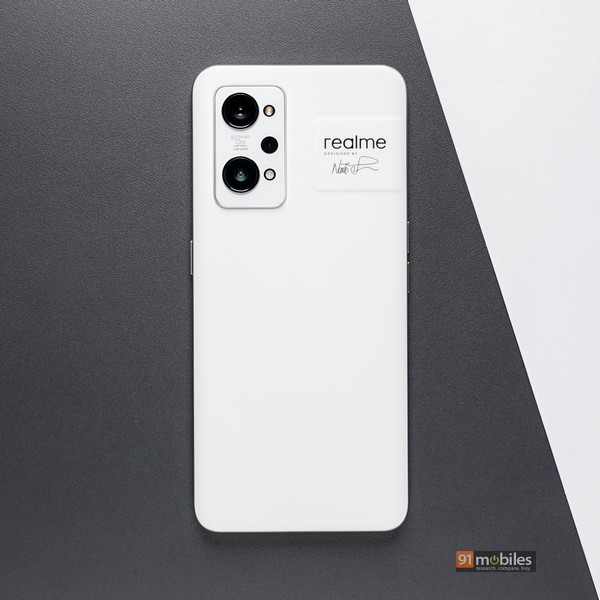 First on the list of synthetic benchmarks is the popular testing application Geekbench 5, which measures the single-core and multi-core performance of a given chipset. Both devices are running on last year’s flagship Qualcomm Snapdragon 888 SoC and are available with up to 12GB of LPDDR5 RAM. Unsurprisingly, the results from the duo are at a level pegging, with the iQOO 9 SE getting single-core and multi-core scores of 1,092 and 3,233 respectively. The Realme GT 2, on the other hand, scored 1,130 and 3,047 points respectively. As can be seen from the screengrabs, the 9 SE’s multi-core result is about six percent higher than that from the GT 2. On the flip side, the GT 2 offers a four percent gain over the iQOO 9 SE in terms of single-core performance.

Antutu is a great way to measure a smartphone’s overall performance as it takes into account GPU, Memory, and UI metrics alongside the core CPU usage. The iQOO 9 SE has a slight edge over the GT 2 with a score of 850,550 as compared to 812,162 on the latter. Percentage-wise, the 9 SE is ahead of the GT 2 by a factor of five percent, which can be considered inconsequential. Both phones also gain 7.5 degrees in temperature and lose five percent battery while running the benchmark. So far, both the phones are neck and neck in the performance department.

3DMark’s Wild Life benchmark puts a device’s GPU through a metaphorical wringer. At the same time, the benchmark also sheds a light on a device’s thermal management system and whether the protocols set in place can keep an SoC’s temperature from skyrocketing whilst running demanding tasks. The test runs for a period of 20 minutes and provides details on GPU efficiency and temperature gains. Here, the iQOO 9 SE yielded 60 percent stability and had a best loop score of 4,764 points. During the interim, the battery dipped by seven percent while the CPU temperature rose by eight degrees. In contrast, the Realme GT 2 overturned a higher best loop score of 5,792 points, but the handset’s stability was lower at 55.6 percent. The phone also dropped upwards of 10 percent battery while gaining eight degrees in temperature.

As its name suggests, the CPU Throttle test gives insights on instances of throttling by subjecting the smartphone’s CPU to a sustained load. With the app installed on both the phones, I overloaded the chipsets with 20 threads that would run for 30 minutes. Here, the Realme GT 2 throttles to 79 percent of its peak performance. The iQOO 9 SE, on the other hand, caps out at 72 percent of its peak performance. From this benchmark, it can be assumed that the Realme GT 2 does have a better thermal cooling mechanism for the CPU.

Playing Battlegrounds Mobile India on any flagship SoC is usually never a cause for concern and even less so when the chipset in question is from Qualcomm. The Snapdragon 888 and the more recent 8 Gen 1 might have a few problems relating to thermal throttling, but in my experience, the gaming performance has remained optimum. Unsurprisingly, both, the Realme GT 2 and the iQOO 9 SE are capable of running the game at HDR graphics and Extreme (60fps) frame rate presets. Neither have the 90fps option currently although I’m assuming a future software update should rectify the same. I logged on for a 30-minute gaming session on both devices and kept the maximum possible graphics and frame rate settings. The Realme GT 2 managed to maintain the full 60fps without a hint of dropped frame rates. In terms of battery, 5 percent was consumed during the 30 minutes and the temperatures rose by 11 degrees. For the iQOO 9 SE, the story was similar in terms of maintaining the frame rate. However, it dropped up to 7 percent battery and the temperatures rose by about 6 degrees.

In terms of the overall battery life and power efficiency, there is not too much to separate the two devices. The Realme GT 2 has a 5,000mAh battery while the iQOO 9 SE has a 4,500mAh cell. Even so, both their times on the PCMark Battery benchmark are nearly identical with the former having a score of 14 hours 35 minutes and the latter getting a score of 14 hours 21 minutes. It can be assumed that the 9 SE does have better power efficiency but not by much. Both devices can also be charged at up to 66W speeds.

From these comparisons, it can be concluded that both the Realme GT 2 and iQOO 9 SE are equally adept at gaming and performance metrics. The little differences in their scores do not hold any significant value in real-world usage. That being said, the iQOO 9 SE is slightly cheaper than the GT 2 at Rs 33,990. If gaming and heavy-duty usage is your forte then I think the iQOO 9 SE should serve your needs at a slightly lower cost. However, the Realme GT 2 also has an exemplary camera setup going for it which can interest some buyers. Do check out our full reviews on both devices.