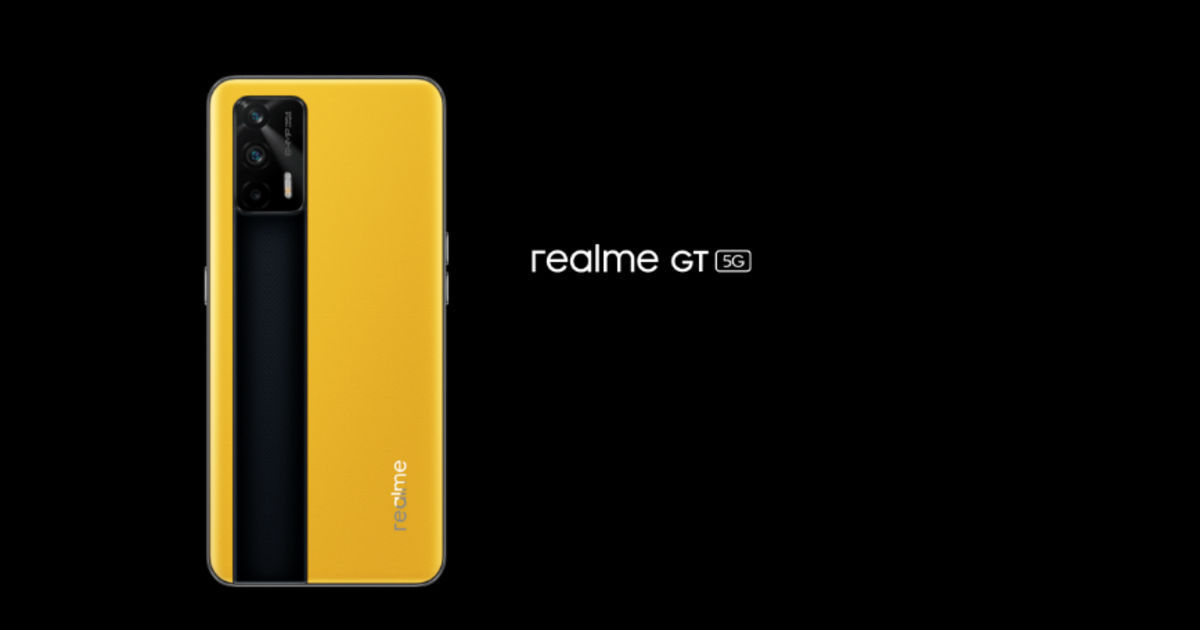 The Realme GT launch is just a day away, and we already know quite a good deal about the phone thanks to promotional teasers and leaks. Now, the young brand has confirmed the upcoming Realme GT flagship phone will come with Android 11-based Realme UI 2.0 out of the box. Realme claims the Realme UI 2.0 will improve resource utilisation by 45 percent, speed up response times by 32 percent, and improve stability by 17 percent. The custom skin brings enhanced dark mode, privacy-focused features, productive enhancements, and much more. Realme GT is already confirmed to ship with Qualcomm Snapdragon 888 5G and triple cameras, and will have a vegan leather edition. 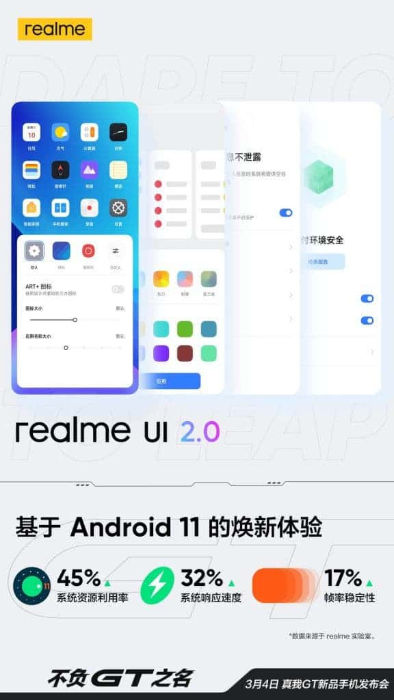 As far as the specifications go, Realme GT 5G is said to come with an AMOLED display with a punch-hole design for the selfie camera and a 120Hz refresh rate. The phone will come with Snapdragon 888 SoC paired with up to 12GB RAM and at least 128GB storage that may be further expandable via a microSD card. It is now confirmed to run on Android 11-based Realme UI 2.0 custom skin. The phone is likely to pack a 5,000mAh battery with 65W or 125W fast-charging support. It could have an in-display fingerprint sensor for security and stainless steel VC Cooling system for heat dissipation during gaming.

Moving on to the cameras, Realme GT will have triple cameras at the back with a 64MP primary sensor but details regarding the other sensors are unknown at the moment. We can speculate that it may house an ultra-wide-angle lens and a depth or macro sensor. Connectivity features could include 5G, 4G LTE, Wi-Fi 6, Bluetooth, GPS, and USB Type-C port for charging, and data sync. Realme GT 5G price is teased to start below RMB 2,999 (around Rs 34,000). We should learn more details about Realme GT when it’s launched tomorrow.