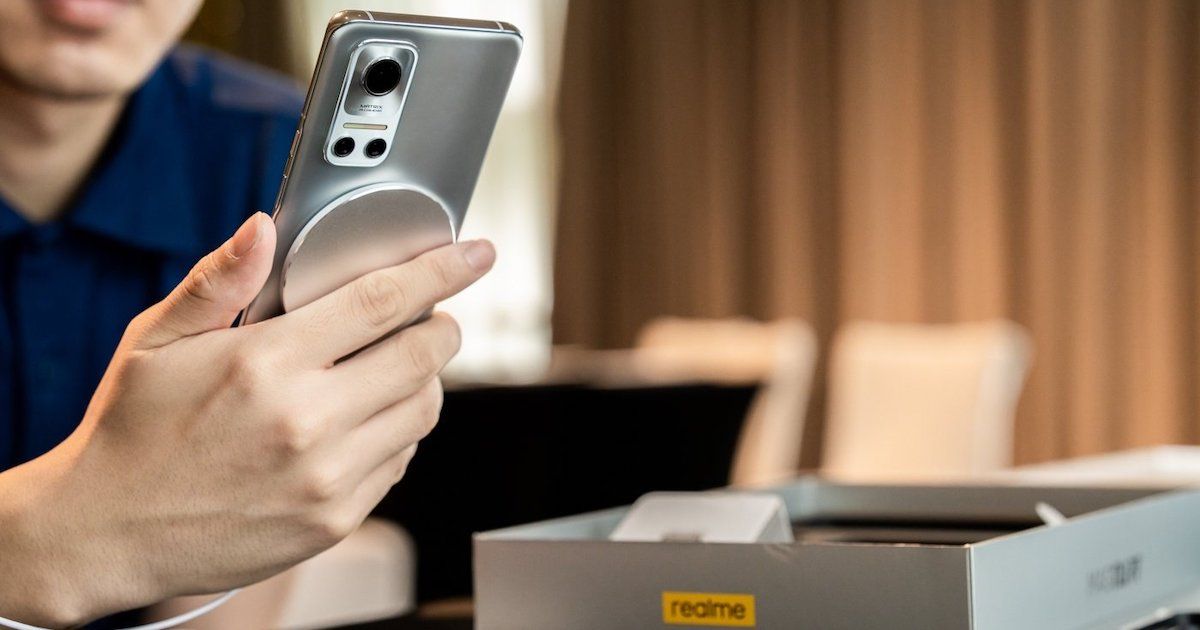 Realme GT Flash specifications have shown up online just a few days after the brand showed off the concept phone alongside Realme MagDart. Earlier this week, Realme unveiled MagDart, the first magnetic wireless charging solution for Android phones. MagDart is similar to Apple’s MagSafe technology introduced with the iPhone 12. The Realme GT Flash is a concept phone that has been designed to support MagDart. It comes with a circular charging coil on the back to support MagDart chargers and accessories. Realme only teased a few details about the smartphone but a new leak now reveals more about the Realme GT Flash specifications.

Tipster Abhishek Yadav has tweeted that the Realme GT Flash features a 6.7-inch E4 sAMOLED display with a QHD+ resolution and 120Hz refresh rate. The phone is powered by the new Snapdragon 888 Plus chipset paired with LPDDR5 RAM and UFS 3.1 storage. In the camera department, the phone gets a 50MP Sony IMX766 primary sensor with OIS, another 50MP IMX766 camera, and a 2MP sensor. At the front, the Realme GT Flash offers a 32MP camera for selfies.

Realme GT Flash comes with loads of high-end features, more so than the original Realme GT. However, it should be noted that this is a concept phone designed to showcase the MagDart technology. It is unclear if Realme plans to launch the Realme GT Flash commercially at some point in the future.