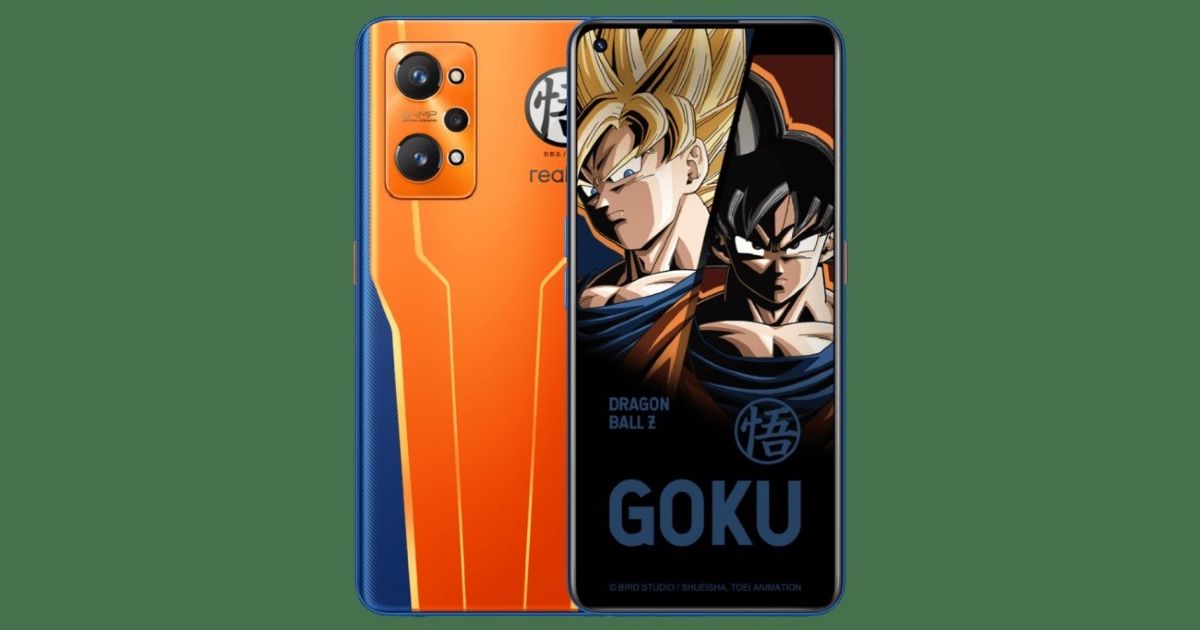 Have you watched Dragonball and should we launch it in India & Europe? #DragonBallGT #realmeGT pic.twitter.com/0VzbaEHeN1

The Realme GT Neo 2 Dragon Ball Z flaunts a glass back with an orange and blue paint job, which reminds you of Goku’s outfit from the show, which has a separate fan base. It also looks like the smartphone will have a custom theme and wallpaper. The handset’s accessories could also be inspired by Dragon Ball Z.

The Realme GT Neo 2 Dragon Ball Z Edition specifications are exactly the same as the regular Neo 2 model in China. The handset sports a 6.62-inch Full HD+ AMOLED display that bears 2400×1080 pixel resolution, 120Hz refresh rate, 1300 nits of peak brightness, and HDR10+ support. There is a Corning Gorilla Glass 5 protection up top and an in-display fingerprint scanner for security.

At the core of the handset lies Qualcomm’s Snapdragon 870 chipset that is built on a 7nm fabrication process. The chipset is paired with Adreno 650 GPU, up to 12GB LPDDR5 RAM, and up to 256GB UFS 3.1 storage. The handset runs Realme’s proprietary Realme UI 2.0 based on Android 11 out of the box and houses a 5000mAh battery with 65W fast charging. Other features of the phone include a 64MP triple rear camera setup, a 16MP front camera inside a punch-hole notch, NFC, stereo speaker, Type C charging port, Dolby Atmos, and Hi-Res audio.