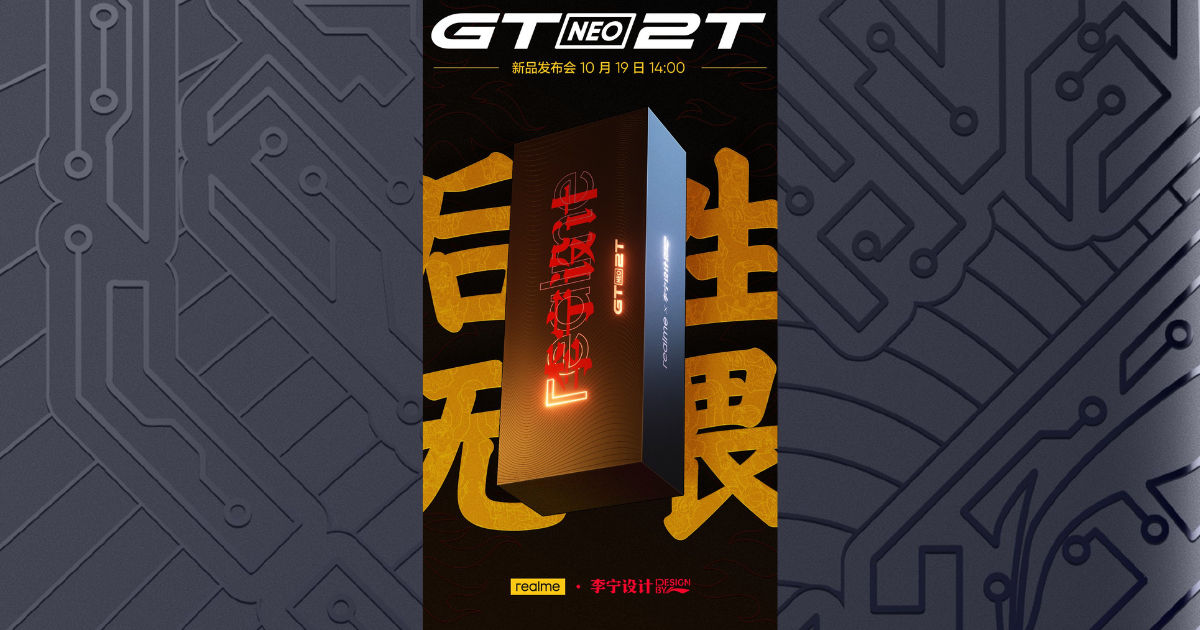 After a week full of rumours, speculations, and official teasers, Realme today has officially confirmed the launch date of its upcoming GT-series smartphone – the Realme GT Neo 2T. As per an official post by the brand made on the Chinese microblogging website Weibo, the Realme GT Neo 2T will launch in China on October 19th. Not only that, this is the first time that the device’s moniker has officially been confirmed. Additionally, the phone is also expected to launch in India. 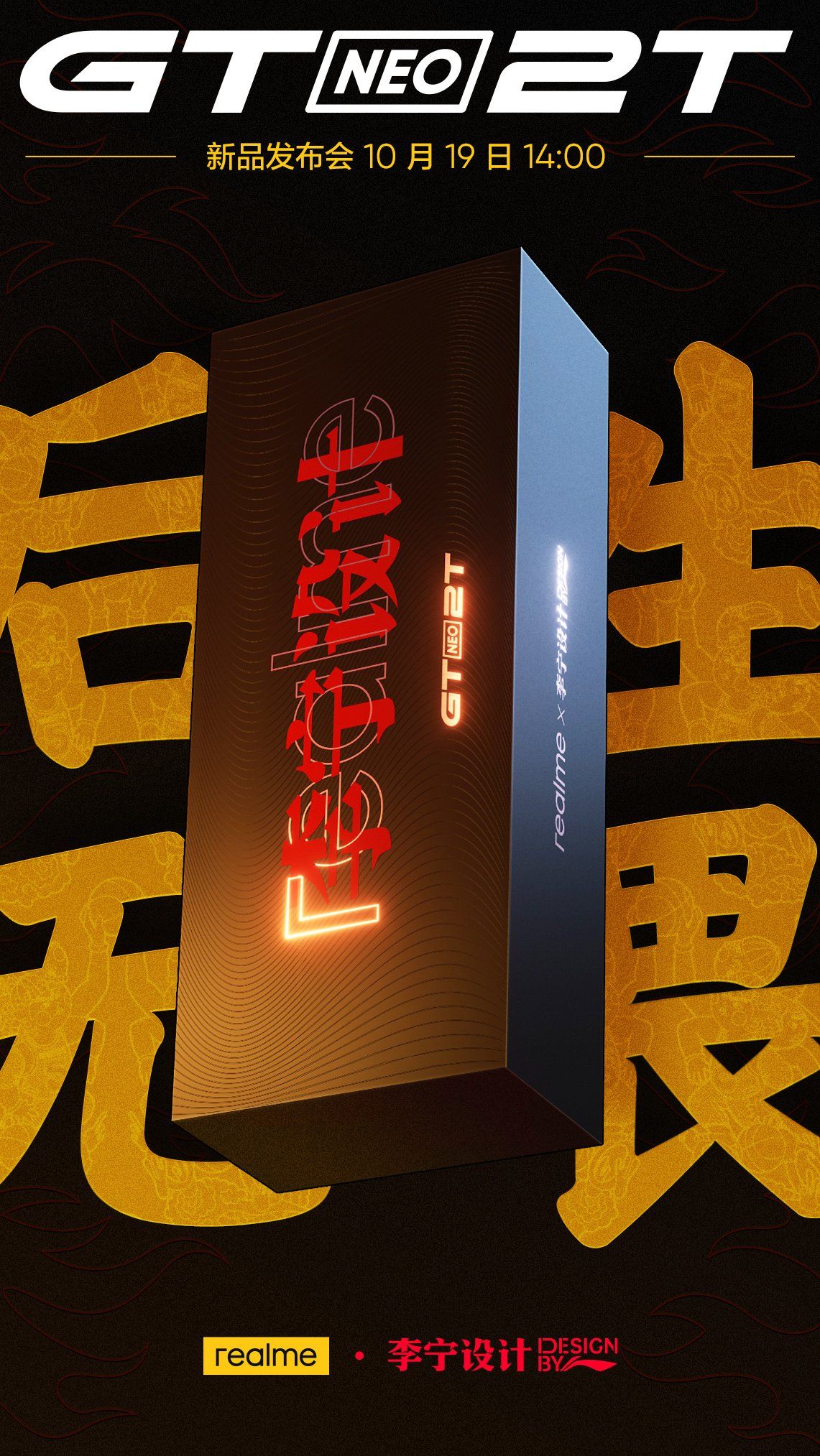 As mentioned earlier, the Realme GT Neo 2T will share a lot of similarities with the Realme GT Neo 2 (which is launching in India on October 13th, by the way), but its design is said to be different. The change in design has been highlighted by the brand officials in the past and an alleged render of the device also popped up on the internet not too long ago. 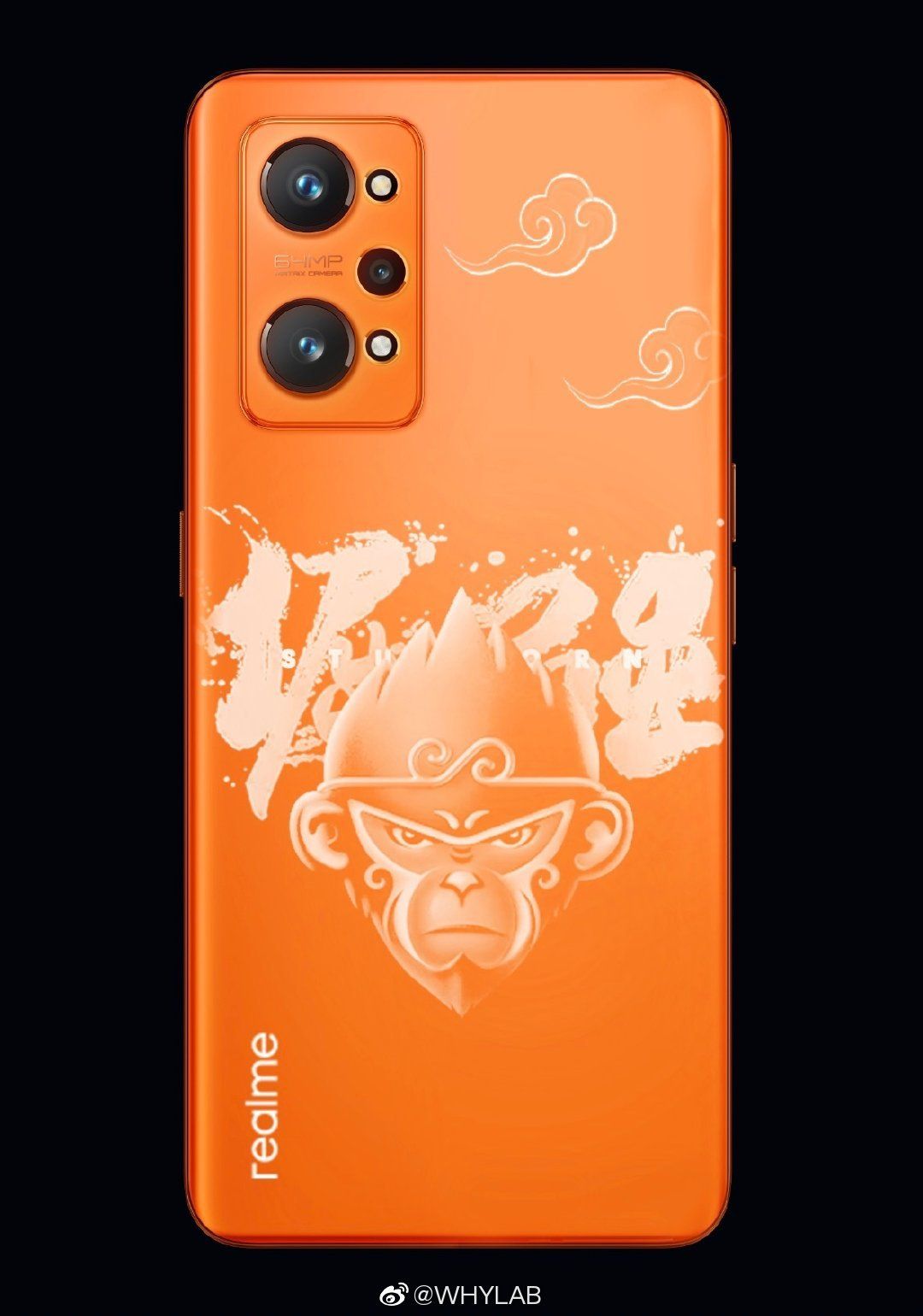 As seen in the picture above, this is what the Realme GT Neo 2T is supposedly going to look like. On top of that, another leaked image suggests a futuristic rear pattern variant of the device coming up as well. 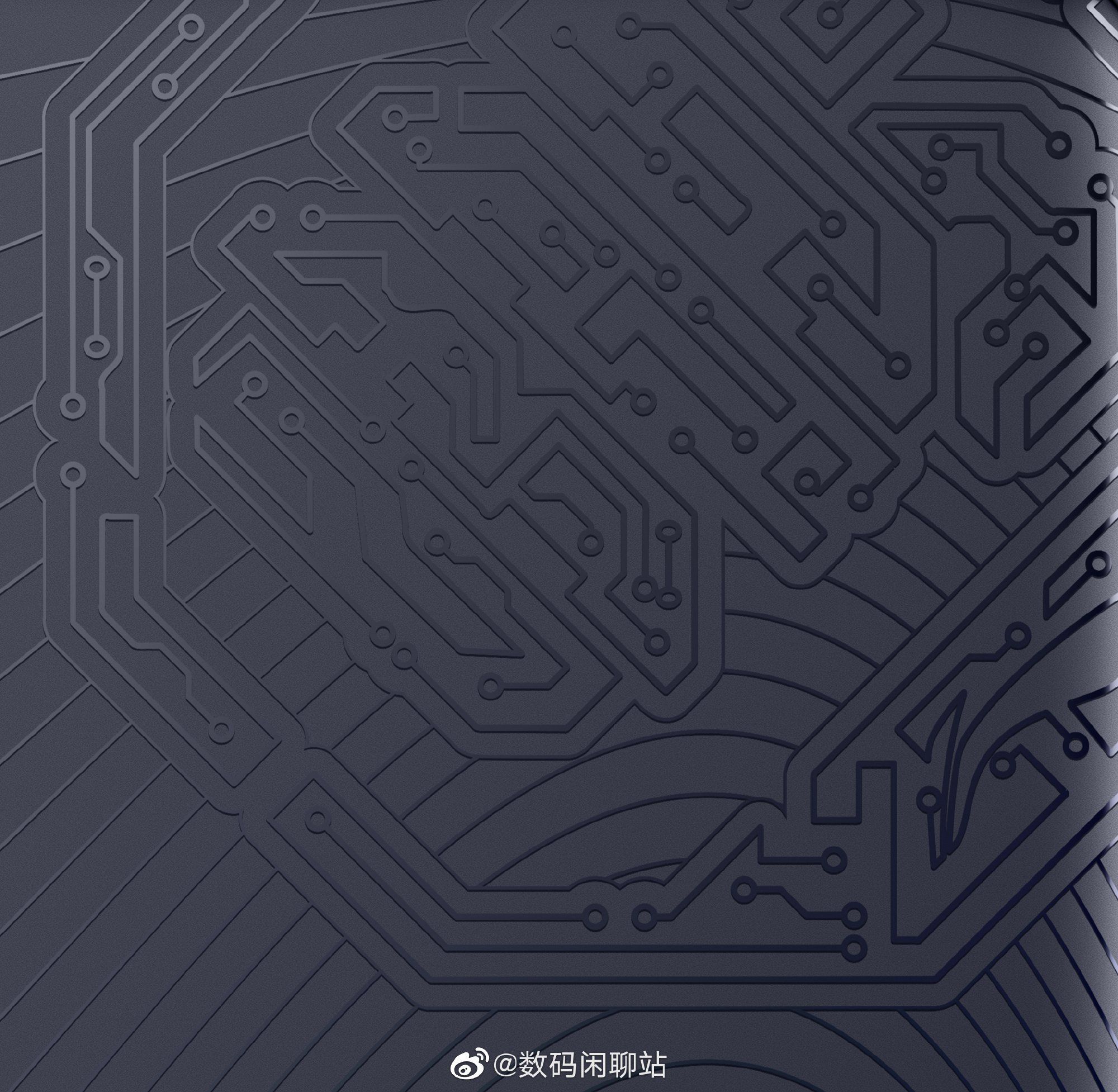 As far as the specifications of the device go, the Realme GT Neo 2T is expected to sport a 6.43-inch FHD+ AMOLED panel with a 120Hz refresh rate. Under the hood, the device is likely going to come equipped with a MediaTek Dimensity 1200 processor, which will likely be coupled with up to 12GB of RAM (with virtual RAM expansion available as well). On the software front, the Realme GT Neo 2T could possibly run Android 12-based Realme UI 3.0 out of the box.

In terms of battery capacity, the Realme GT Neo 2T is tipped to feature a 4,500mAh battery with support for up to 65W fast charging over a USB Type-C charging port. For photography, the device will reportedly flaunt a 64MP primary shooter alongside an 8MP ultra-wide lens and a 2MP tertiary camera.

As far as the device’s Indian launch is concerned, we have spotted the device on the company’s Indian website today. Though it does not necessarily guarantee a launch, it is still a strong indication that the Realme GT Neo 2T could very well launch in India sometime in the near future.

So yes, Realme GT Neo 2T has been listed on the company’s Indian website as well.#Realme #RealmeGTNeo2T pic.twitter.com/3mfRhpv47A

For now, this is pretty much all the information that we have been able to gather around the Realme GT Neo 2T, but we will keep you posted, should we receive any more intel surrounding the same.