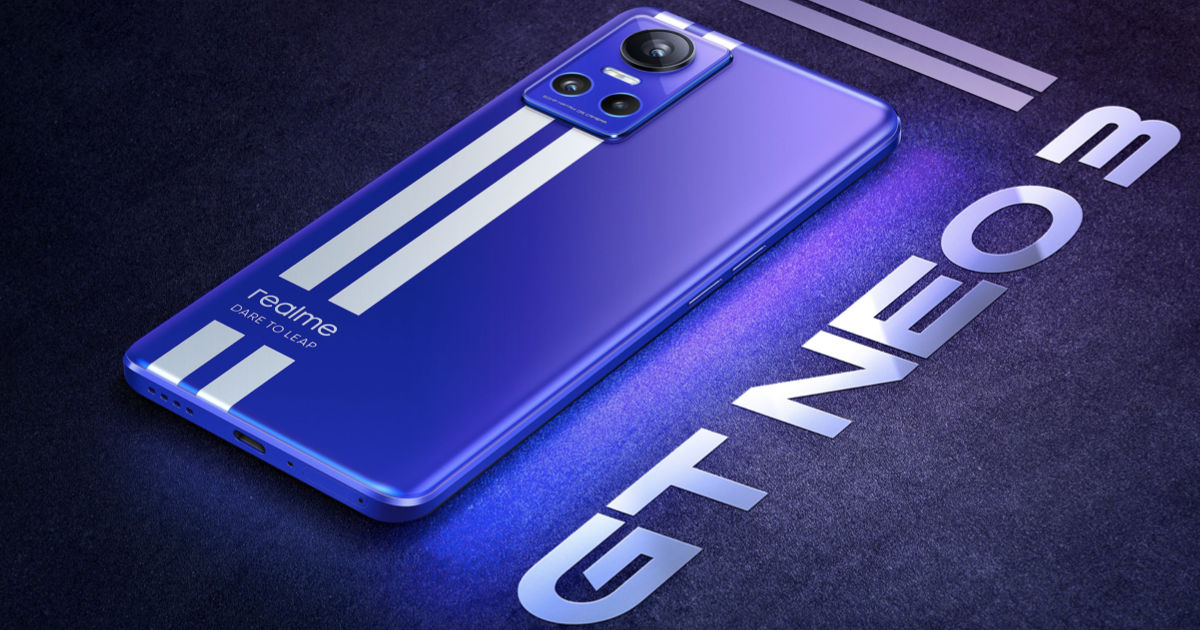 Realme GT Neo 3 is confirmed to launch on March 22nd in China and the company has been teasing some of the phone’s key features. Realme has already confirmed that the device will ship with MediaTek Dimensity 8100 chipset and 150W fast charging support. The handset will arrive as a successor to the Realme GT Neo 2 from last year and is poised to bring quite a few upgrades. Now, while we wait for the announcement, Realme GT Neo 3 is confirmed to feature a 120Hz screen and a 2.37mm slim bezel below the display. The smartphone will arrive with a 94.2 percent screen-to-body ratio and a whopping 1000Hz touch sampling rate. The company earlier had confirmed LPDDR5 RAM, UFS 3.1 storage, and a dual-cell battery that will juice up to 50 percent in just five minutes. It is claimed to retain 80 percent battery health after 1,600 charge/discharge cycles. The TENAA listing has revealed it would come with a 6.7-inch FHD+ AMOLED display and a punch-hole cutout for the selfie snapper. It is likely to boot Android 12 with Realme UI 3.0 custom skin out of the box. It is said to pack up to 12GB RAM and 512GB internal storage could be further expandable via a microSD card.

Realme 9 5G review: a run of the mill budget offering

As for the cameras, the Realme GT Neo 3 has triple cameras on the back, with a 50MP Sony IMX766 primary sensor with OIS, an 8MP ultrawide lens, and a 2MP macro sensor. It is said to house a 16MP camera on the front for selfies and video calls on the front. Lastly, a 4,500mAh battery with 150W fast charging will power the phone. However, there will be another variant with just 80W charging support. With the launch just a day away, we should learn more details about the Realme GT Neo 3 tomorrow.