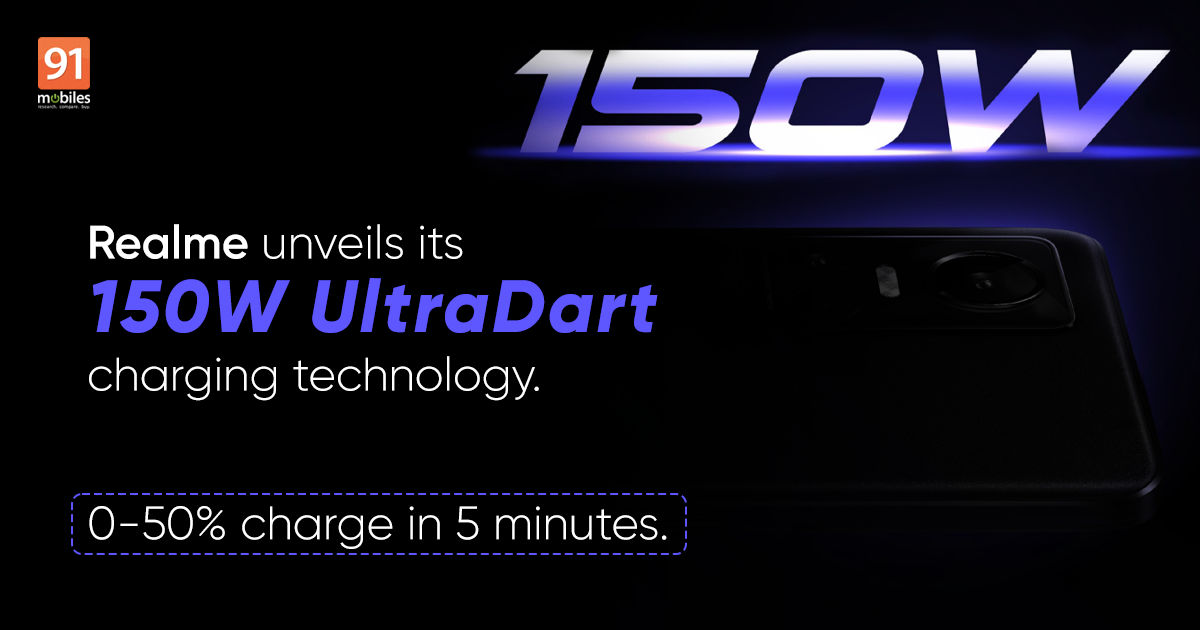 Alongside the Realme GT 2 series and Realme Book Prime, Realme also announced its 150W UltraDart Charging solution which the company claims can charge a battery up to 50 percent in just 5 minutes. The latest solution is powered by the UltraDart Charging architecture that features ‘Multi Boost Charge’ pumps, temperature management architecture, and industry-leading lithium battery. The thermal temperature is said to be below 43-degree while charging, which is impressive and a tall claim. Realme says the battery will retain 80 percent of health even at 1000+ complete charge cycles. The Realme 150W UltraDart Charging solution will be first seen on the Realme GT Neo 3, as confirmed by the brand. 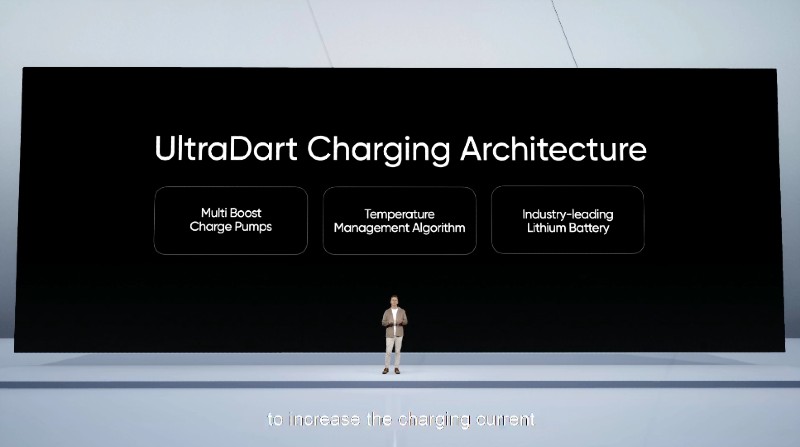 Realme says the UltraDart Charging Architecture (UDCA) is capable of producing 200W output but the Realme GT Neo 3 will be limited to 150W. As said, it uses Multi Boost Charge Pumps to reduce the charging time, thereby fastening the charging speed. We speculate OnePlus will use similar technology for its upcoming phone with Dimensity 8100 chipset. Not much else is revealed about Realme’s 150W UltraDart charging tech at the moment.

The Realme GT Neo 3 has been spotted on the Realme India website after its specifications were revealed via the TENAA certification. The handset is said to come with a 6.7-inch FHD+ AMOLED panel with a 120Hz refresh rate. It is rumoured to be powered by the MediaTek Dimensity 8100 chipset paired with 8GB/12GB RAM and 128GB/256GB/512GB internal storage. Connectivity features include 5G, dual-band Wi-Fi, Bluetooth 5.2, NFC, GPS, and a USB Type-C port.

In terms of optics, the Realme GT Neo 3 is said to sport a 16MP selfie camera on the front and a triple rear camera setup on the back, with a 50MP primary sensor, an 8MP secondary lens, and a 2MP third lens. It is likely to boot Android 12 based Realme UI 3.0 custom skin out of the box and pack a 4,500mAh battery with 150W fast charging support.