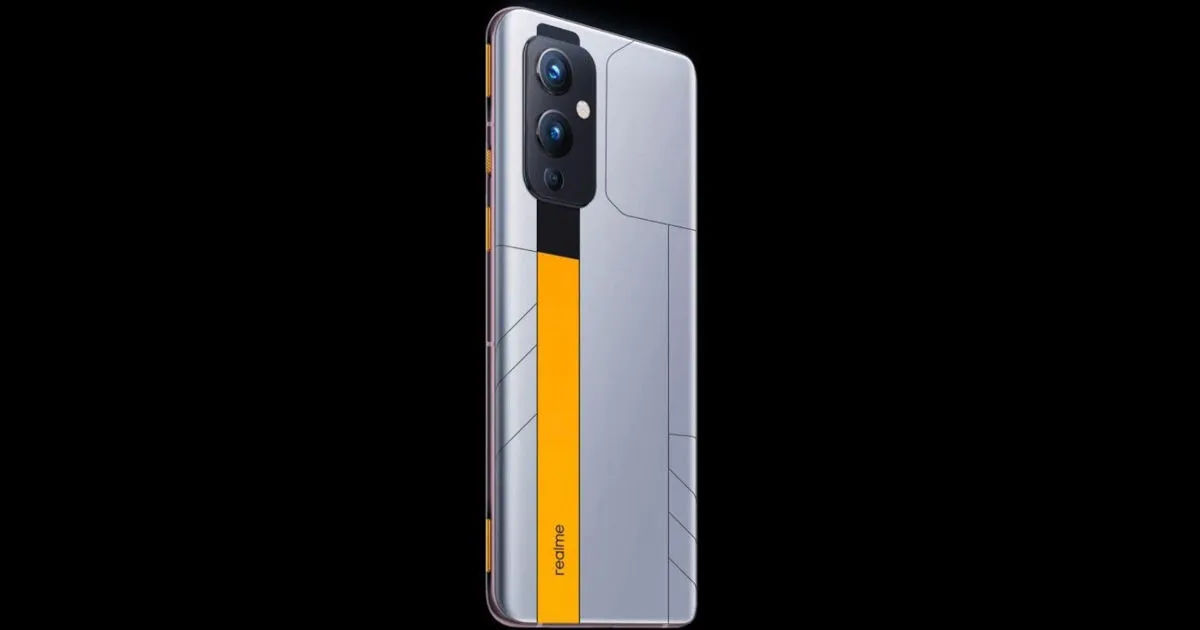 Realme GT Neo 3 is one of the most anticipated phones to launch from the brand this year as it is already confirmed to ship with MediaTek Dimensity 8100 and 150W fast charging support. Realme VP Madhav Sheth has said the GT Neo 3 will debut in the second half of 2022, meaning after June. However, the China launch doesn’t seem to be that far away now as the company’s CMO Xu Qi Chase has officially teased the design of the GT Neo 3 and suggested the launch will happen later this month. While this is a China-only announcement, the global launch might come at a later date.

The teaser poster shows the phone has a rectangular camera island on the back, which will house triple camera sensors and an LED flash. It appears the phone will also have support for OIS. The phone’s colour is hidden in the shadow but we’re expecting it will be available in multiple colours and RAM/storage options. 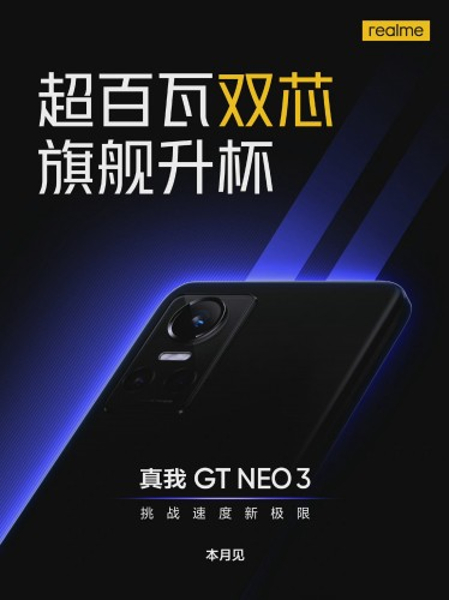 As for the specifications, the Realme GT Neo 3 sports a 6.7-inch 10-bit AMOLED panel with HDR10+, 120Hz refresh rate, and punch-hole cutout for the selfie snapper. The handset is confirmed to be powered by the MediaTek Dimensity 8100 paired with ARM G610 MC 6 GPU. It is said to pack up to 12GB RAM and 512GB internal storage that is further expandable via a microSD card. The phone is likely to boot Android 12 based Realme UI 3.0 custom skin out of the box.

Moving to optics, the Realme GT Neo 3 has triple cameras on the back, with a 50MP Sony IMX766 primary sensor with OIS, an 8MP ultrawide lens, and a 2MP macro sensor. It is said to house a 16MP camera on the front for selfies and video calls on the front. A 4,500mAh battery with 150W fast charging will power the phone.