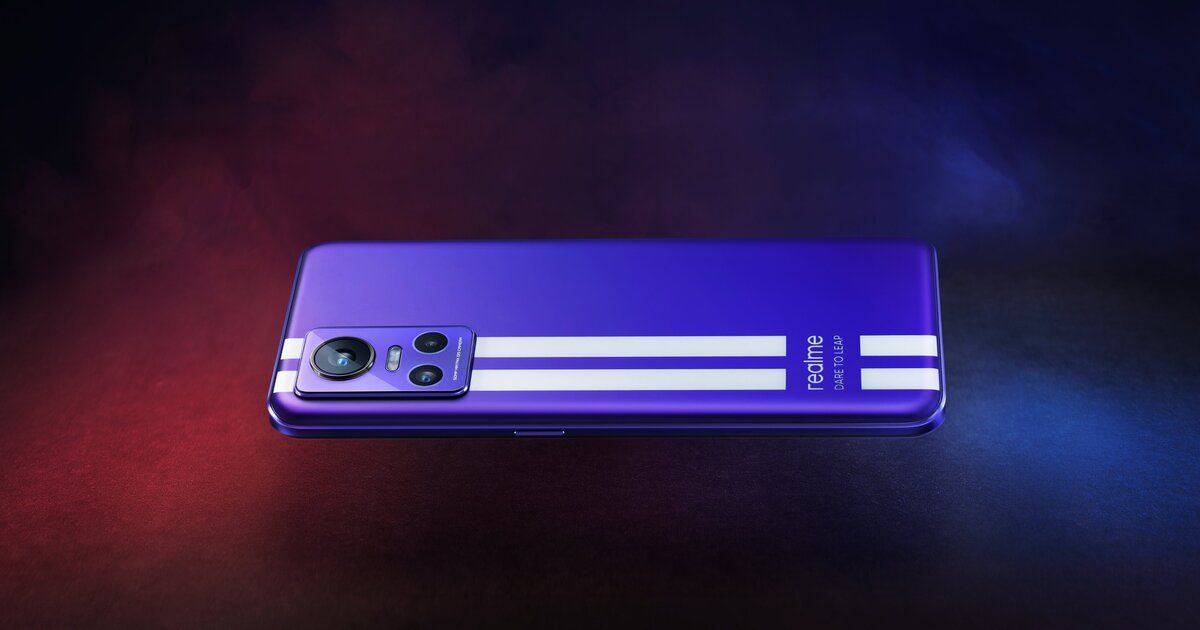 Realme GT Neo 3 launch date has been revealed along with a first look at the phone’s unique rear panel design. Realme VP Madhav Sheth shared the first official look of the upcoming Realme phone while Realme’s China VP Xu Qi Chase shared the Realme GT Neo 3 launch date in China. We’ve learned about the specifications of the upcoming Realme GT Neo 3 in the past through leaks and official teasers. A recent report suggests that there is a version of the phone that will not ship with Realme’s 150W UltraDart charging technology. Let’s take a closer look at the phone’s design and launch date.

Feel the real thrill as the #realmeGTNEO3 is ready to roar!

What do you think has inspired this smartphone? pic.twitter.com/4ZcKVGbbIZ

The teaser reveals the complete design of the upcoming Realme GT Neo 3 in full glory. The device can be seen in purple colour with white stripes on it and Realme – Dare to leap branding. This is inspired by the Le Mans race. Realme GT Neo 3 has a rectangular camera bump that houses a triple camera setup with circular camera cutouts. It has a power button on the right side. The teaser also hints towards an imminent India launch of the Realme GT Neo 3. 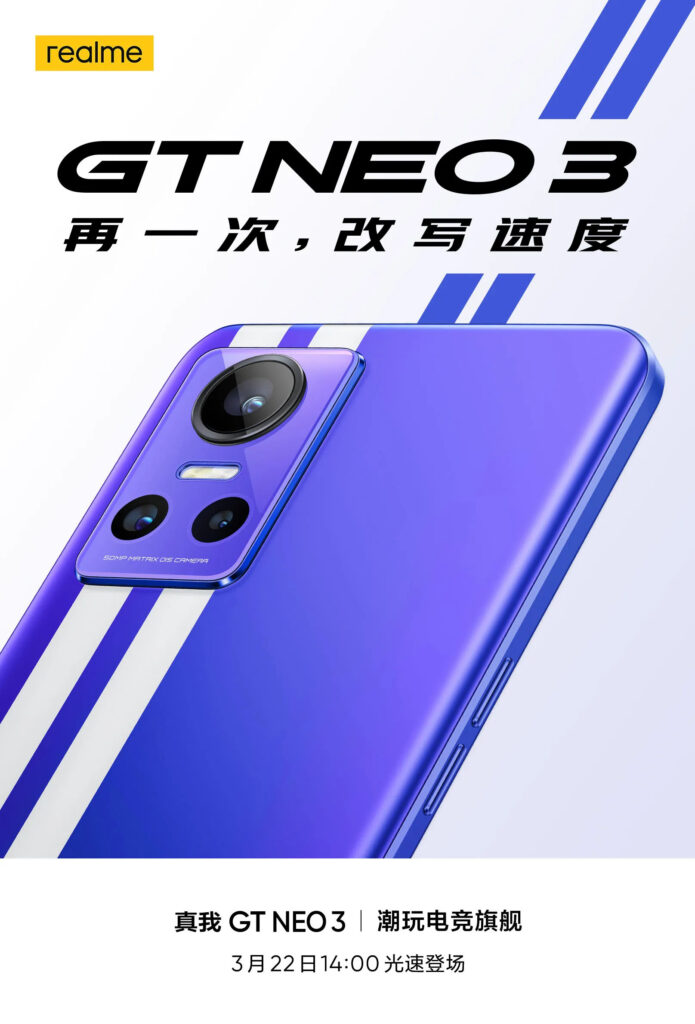 Realme also shared a teaser on Weibo (via) that reveals the launch date of the Realme GT Neo 3. The teaser reveals a March 22nd launch. Furthermore, it has volume rockers on the right side, and speaker grille, a USB Type-C port, and a SIM tray at the bottom.

Realme 9 5G review: a run of the mill budget offering

Realme GT Neo 3 flaunts a 6.7-inch 10-bit AMOLED panel with HDR10+, 120Hz refresh rate support. It draws power from the MediaTek Dimensity 8100 paired with up to 12GB RAM and 512GB internal storage that is further expandable via a microSD card. Realme GT Neo 3 is likely to run Android 12-based Realme UI 3.0 skin out of the box. 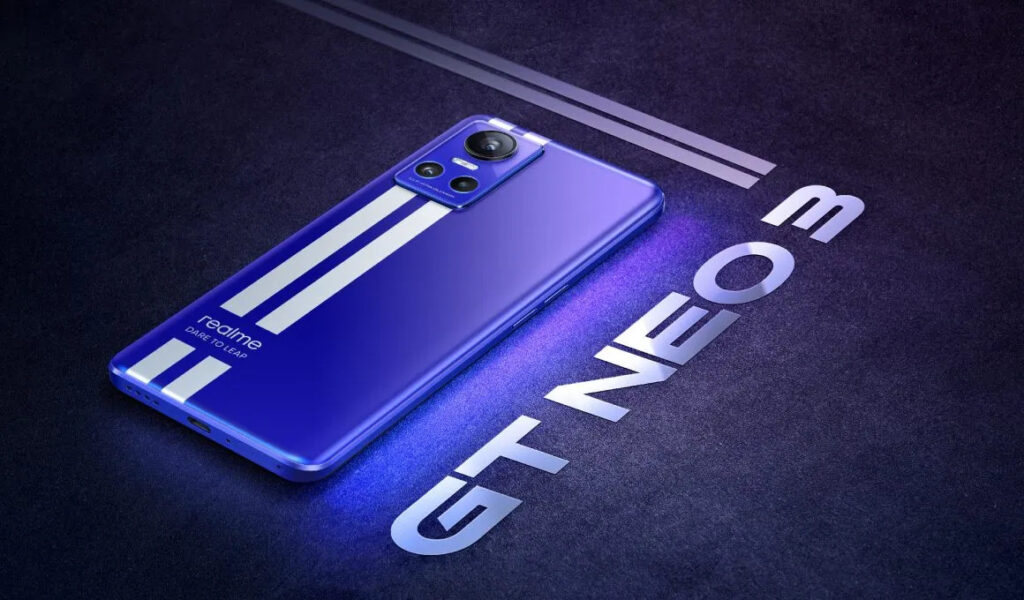 Realme GT Neo 3 has triple cameras on the back, with a 50MP Sony IMX766 primary camera with OIS, an 8MP ultrawide lens, and a 2MP macro sensor. It houses a 16MP camera for selfies and video calls on the front. The handset packs a 4,500mAh battery with 150W fast charging support in China.

There is no word about the Realme GT Neo 3 India launch date and price at the moment, but we expect to learn more about it in the upcoming days.