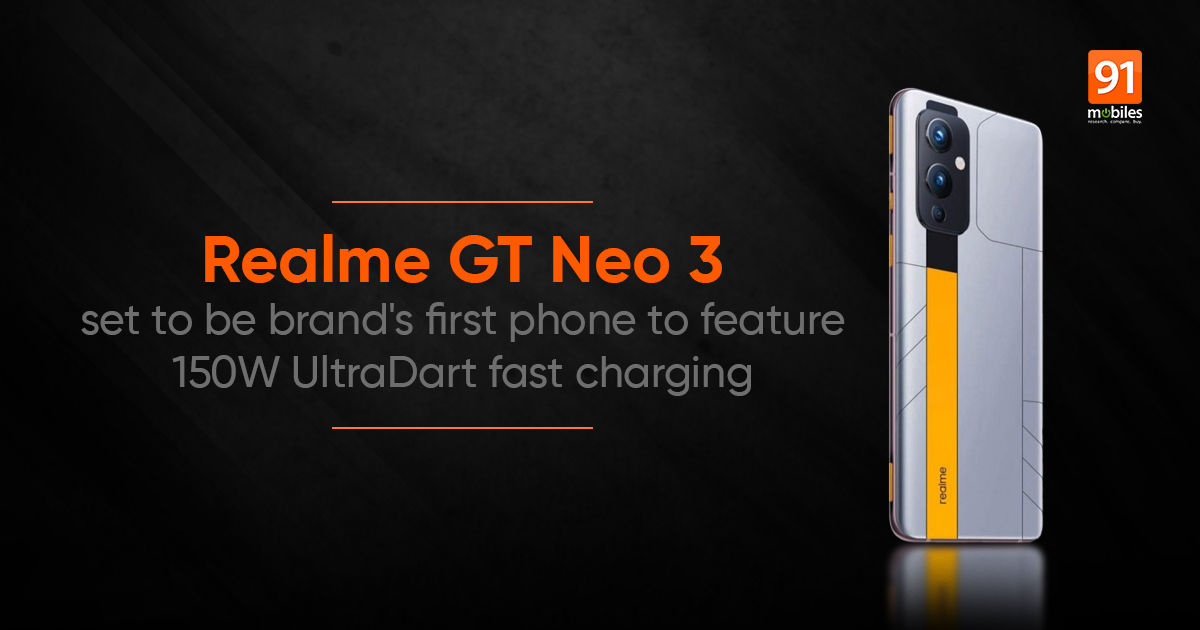 At MWC 2022, Realme announced the Realme GT Neo 3 would be launching soon with the all-new 150W fast charging solution. This came just a few days after the phone was spotted on TENAA. Now, Realme has confirmed the Realme GT Neo 3 will be one of the first to ship with the newly-announced MediaTek Dimensity 8100 processor. The chipset is built on TSMC’s 5nm manufacturing process. It features four Cortex-A78 cores ticking at 2.85GHz and four Cortex-A55 cores running at 2.0GHz. The ARM G610 MC 6 GPU takes care of the graphics. OnePlus Nord 3 is also expected to arrive with the Dimensity 8100 chipset.

Looks like OPPO, OnePlus, and Realme brands are gearing up to launch a range of fast chargers on the market sooner than we thought. OPPO also has a 240W SuperVOOC Flash charge in the works. It was debuted at the MWC and is claimed to charge a 4,500mAh battery in just nine minutes, which is just impressive. The three brands combined will look to take on Xiaomi, which is currently dominating emerging markets like India.

The Realme GT Neo 3 specifications have been revealed via the TENAA certification website. The phone is said to come with a 6.7-inch FHD+ AMOLED panel with a 120Hz refresh rate, a punch-hole cutout, and Corning Gorilla Glass protection. Connectivity features include 5G, dual-band Wi-Fi, Bluetooth 5.2, NFC, GPS, and a USB Type-C port. The MediaTek Dimensity chipset will be paired with 8GB/12GB RAM and 128GB/256GB/512GB internal storage that may be further expandable.

In terms of optics, the Realme GT Neo 3 is said to sport triple cameras on the back, comprising of a 50MP primary sensor, an 8MP secondary lens, and a 2MP third lens. It is said to come with a 16MP snapper on the front for selfies and video chats. It is likely to boot Android 12 based Realme UI 3.0 custom skin out of the box and pack a 4,500mAh battery with 150W fast charging support. That’s pretty much everything we know about the phone at the moment but now that the company has officially started talking, we should know more details going forward.