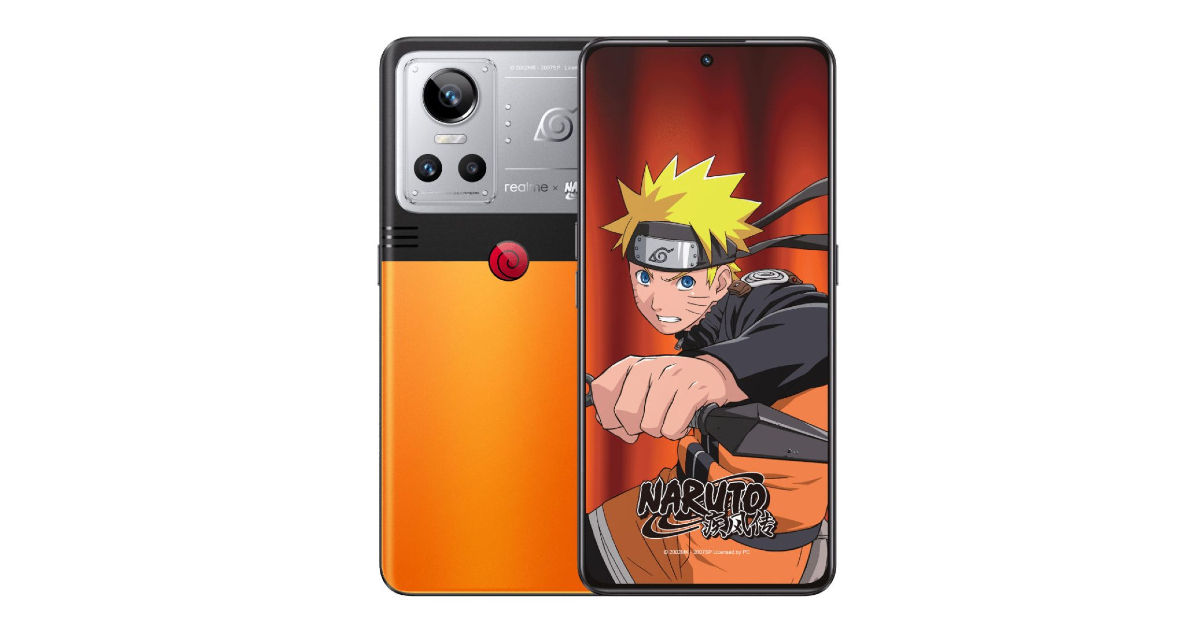 Realme GT Neo 3 is the company’s premium mid-range offering and is one of the first to come with the MediaTek Dimensity 8100 chipset and 150W fast charging speed. The company has launched a special Realme GT Neo 3 Thor Love and Thunder special edition model in India earlier this month. Now, tipster Abhishek Yadav claims the Realme GT Neo 3 Naruto Edition will be launching in India soon. While the exact date hasn’t been revealed, we can speculate the announcement might happen later this month or early next month.

The Realme GT Neo 3 Naruto Edition retails the same hardware as the original model but there are cosmetic design elements to the phone’s rear panel design, custom wallpaper, and icons.

The Realme GT Neo 3 Naruto Edition has a custom orange colour with AG glass and the brand says that it took 17 months to carefully polish the etching of the back panel. The retail box package is wrapped in a ninjutsu scroll, which is made of leather. There is also a 33W power bank with Naruto branding and custom cases but these are sold separately. 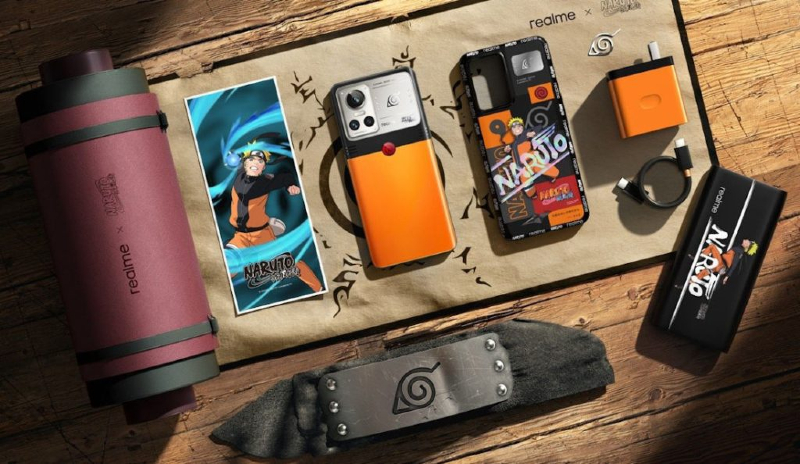 Realme GT Neo 3 Naruto Edition flaunts a 6.7-inch FHD+ AMOLED display with a 120Hz refresh rate, a 1000Hz touch sampling rate, a 10-bit panel, and a punch-hole cutout for the selfie snapper. It is powered by the MediaTek Dimensity 8100 chipset paired with up to 12GB RAM and 256GB storage that is further expandable via a microSD card. The phone runs on Android 12 with Realme UI 3.0 custom skin out of the box.

As for the cameras, the Realme GT Neo 3 Naruto Edition has triple cameras on the back, with a 50MP Sony IMX766 primary sensor with OIS, an 8MP ultrawide lens, and a 2MP macro sensor. There is a 16MP camera on front for selfies and video calls on the front. Connectivity options include 5G, dual 4G LTE, Wi-Fi 6E, Bluetooth 5.2, GPS, NFC, and a USB Type-C port for charging and data sync.