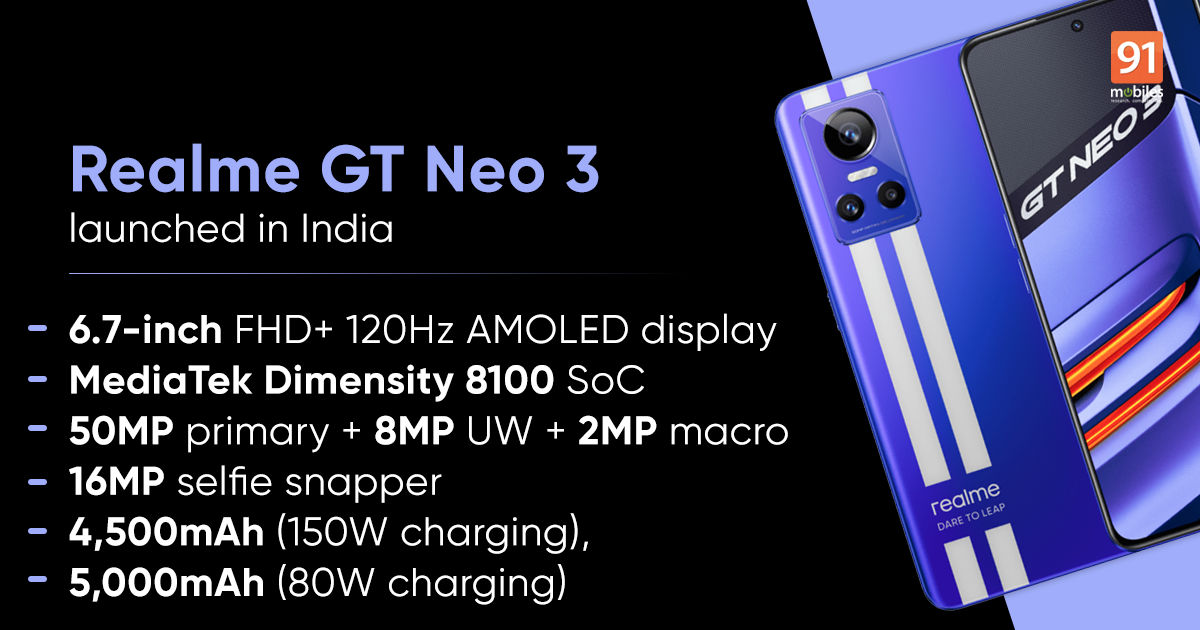 Realme GT Neo 3 has been launched in India a day after the OnePlus 10R. The Realme phone comes as successor to the Realme GT Neo 2 from last year. The handset was originally launched in China recently as the world’s first phone with 150W fast charging support. The handset’s design is inspired by the GT racing DNA, thanks to the striped finish on the back panel. Realme GT Neo 3 price in India starts from Rs 36,999 and here’s a quick look at the phone’s specifications and Flipkart sale date. 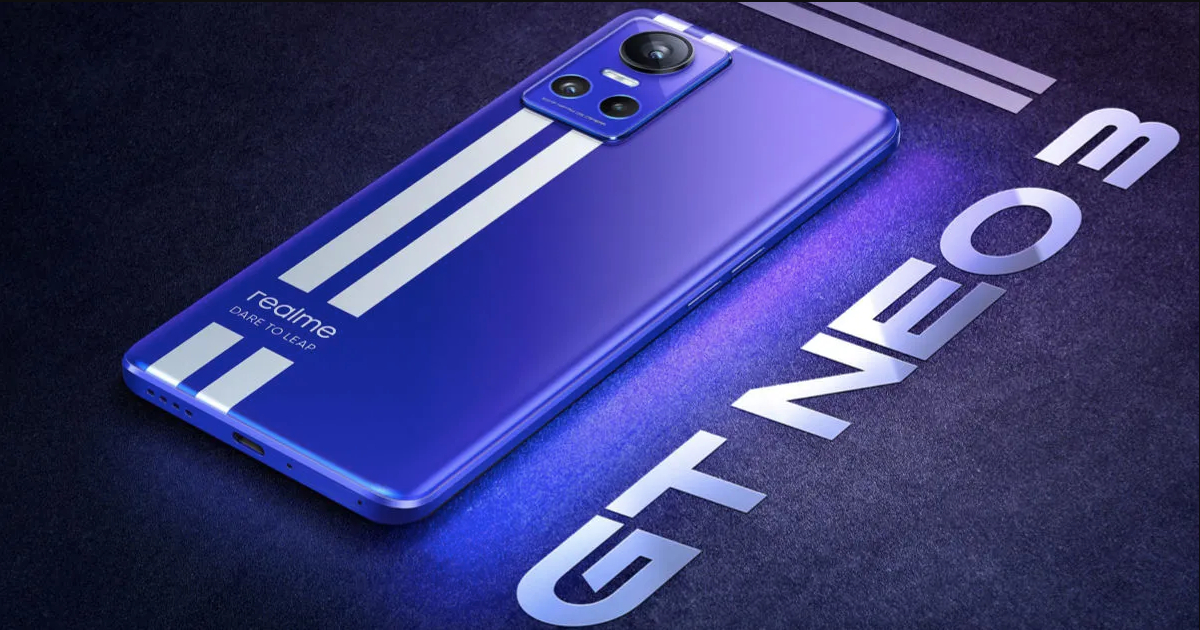 Realme GT Neo 3 flaunts a 6.7-inch FHD+ AMOLED display with a 120Hz refresh rate, a 1000Hz touch sampling rate, a 10-bit panel, and a punch-hole cutout for the selfie snapper. The smartphone has 94.2 percent screen to body ratio.

It is powered by the MediaTek Dimensity 8100 chipset paired with Mali G610 GPU. The device packs up to 12GB RAM and 256GB storage that is further expandable via a microSD card. It runs on Android 12 with Realme UI 3.0 custom skin out of the box.

As for the cameras, the Realme GT Neo 3 has triple cameras on the back, with a 50MP Sony IMX766 primary sensor with OIS, an 8MP ultrawide lens, and a 2MP macro sensor. The handset can record 4K videos, portrait mode, night mode, Pro mode, and others. There is a 16MP camera at the front for selfies and video calls on the front.

The Realme GT Neo 3 is equipped with an in-display fingerprint sensor for security, X-axis linear motor, GT Mode 3.0, and a 39606mm² VC liquid cooling system covering an area up to 4129mm².

The Realme GT Neo 3 leverages on a second charge chip and TUV Rhineland safe fast-charging certification. The company claims that even after 1600 charging and discharging cycles, the battery can retain over 80 percent health.

As said, the Realme GT Neo 3 succeeds the GT Neo 2. The former brings a slightly larger 6.7-inch display compared to a 6.62-inch screen. They both have the same 120Hz AMOLED display and a punch-hole cutout. The GT Neo 3 is powered by the Dimensity 8100 compared to the Qualcomm Snapdragon 870 SoC. The performance of both phones should be on similar lines.

The 64MP camera on the GT Neo 2 is replaced with a 50MP sensor but since it is a Sony IMX766 sensor, we believe the camera performance will be superior to that of the GT Neo 2. The selfie shooter is the same 16MP unit, and so is the battery capacity. The 65W charging speed is upgraded to a whopping 150W technology and another version with 80W.