Realme’s upcoming Realme GT Neo 3 has been spotted on the TENNA certification site. The device carries model number RMX3475. The TENNA listing of Realme GT Neo 3 reveals the design and key specifications of the smartphone. Additionally, a Weibo post shared by tipster Panda is Bald and has revealed more details about the Realme GT Neo 3. As per leaks, the device will feature a triple camera setup and will be available in three colour options – Dark Day, Aurora Colour, and Peak Blue. Let’s have a look at the Realme GT Neo 3. 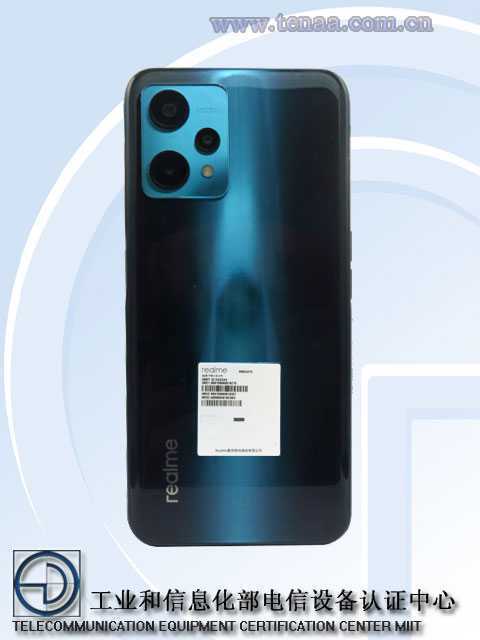 Realme GT Neo 3 has been spotted on TENNA with model number RMX3475 by MySmartPrice. The listing reveals a triple camera setup with an LED flash at the back, similar to the iPhone Pro model camera layout.

The device has a 64MP primary camera, a 2MP camera, and a 2MP sensor at the back. It has a 16MP camera for selfies and video calls on the front. 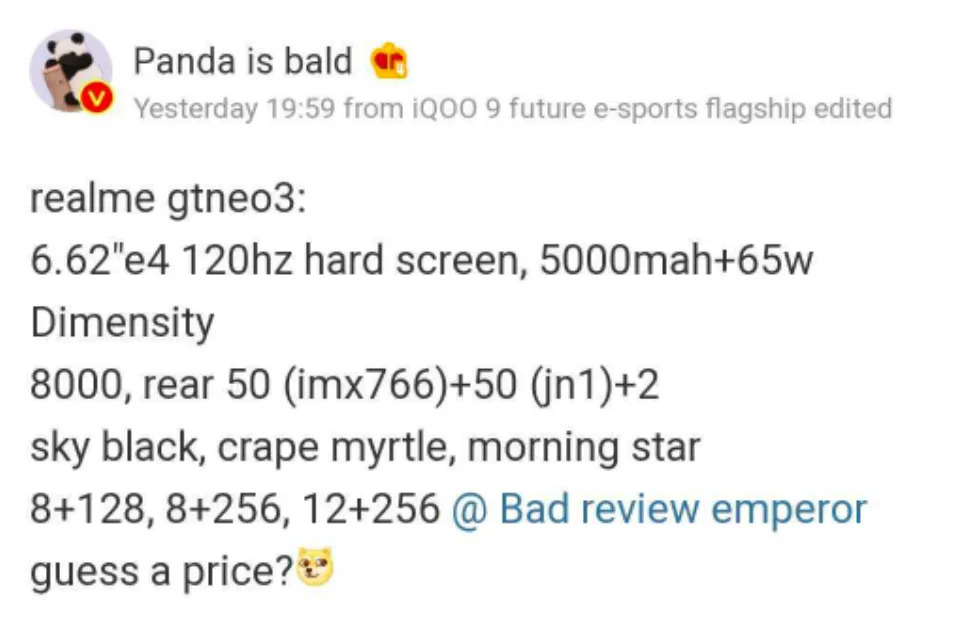 Tipster Panda is Bald has shared key Realme GT Neo 3 specifications via Webio post. According to the leak, the device is powered by a MediaTek Dimensity 8000 processor, paired with a 5,000mAh battery that supports 65W fast charging. The Neo 3 will feature a 120Hz 6.6-inch E4 AMOLED display.