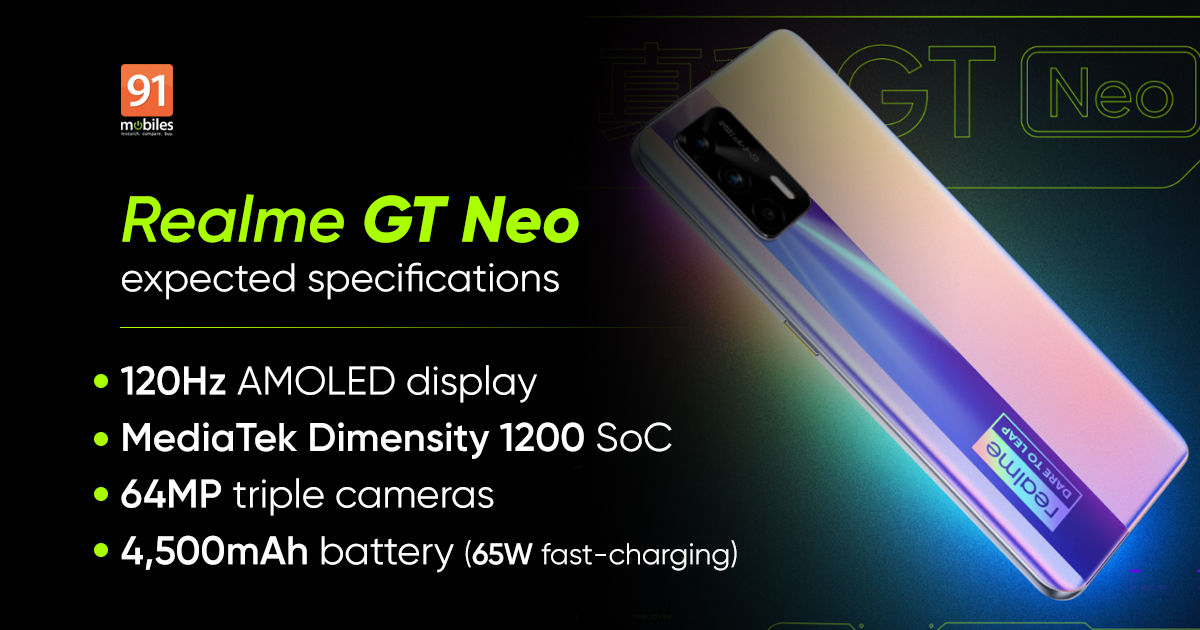 Realme GT Neo launch is scheduled for March 31st in China and going by how it is registered in the IMEI database, the phone’s India launch should close too. It will come as an offshoot to the Realme GT that debuted in China earlier this month with the Snapdragon 888 SoC. Realme GT is confirmed to ship with the MediaTek Dimensity 1200 SoC and 5G connectivity. Other rumoured specs include triple cameras with a 64MP primary sensor, 3.5mm audio jack, which is a rare find on flagships these days and will be available in iridescent colour. Here’s a quick look at the Realme GT Neo specifications, expected price and much more.

Realme GT Neo launch date is March 31st in China at 02:30 PM local time (12 PM IST). The event should be live-streamed through the company’s local social media handles. While the phone is expected to launch in India as well, an exact timeline remains under wraps, for now. We will update as and when the Realme GT Neo India launch date is revealed.

Realme GT Neo price is said to RMB 2,000 (around Rs 22,000) for the base model. This means the India price should be around the Rs 25,000 mark when it launches. However, the prices of the other variants remain a mystery for now. 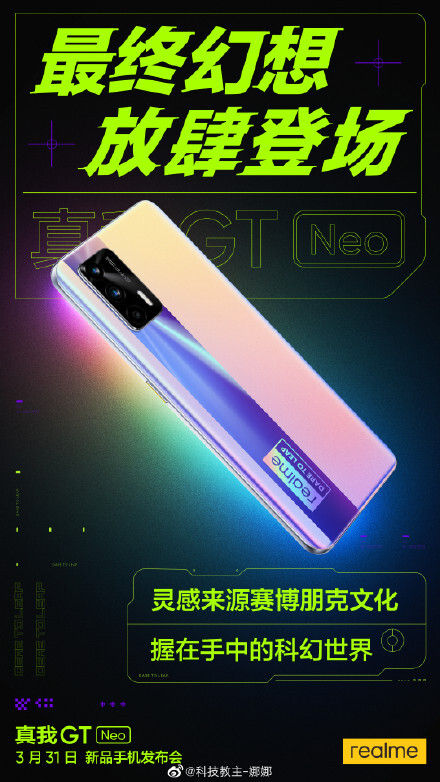 Realme GT Neo specifications are said to be similar to the Realme GT’s, except for the chipset. This means the Realme GT Neo will come with a 6.43-inch AMOLED display with a 120Hz refresh rate, punch-hole cutout for the selfie snapper, and Corning Gorilla Glass 5 layer on top for protection. It will be powered by the MediaTek Dimensity 1200 SoC paired with at least 8GB LPDDR5 RAM and 128GB UFS 3.1 storage that should be further expandable via a microSD card. The phone is likely to run on Android 11-based Realme UI 2.0 custom skin on top and an in-display fingerprint sensor for security.

Connectivity features could include 5G, 4G LTE, Bluetooth 5.1, dual-band Wi-Fi, GPS, and USB Type-C port for charging and data transfers. Realme GT Neo will have triple cameras at the back with a 64MP primary, an 8MP secondary sensor and a 2MP third lens. The phone may back a 4,500mAh battery with 65W fast-charging support.