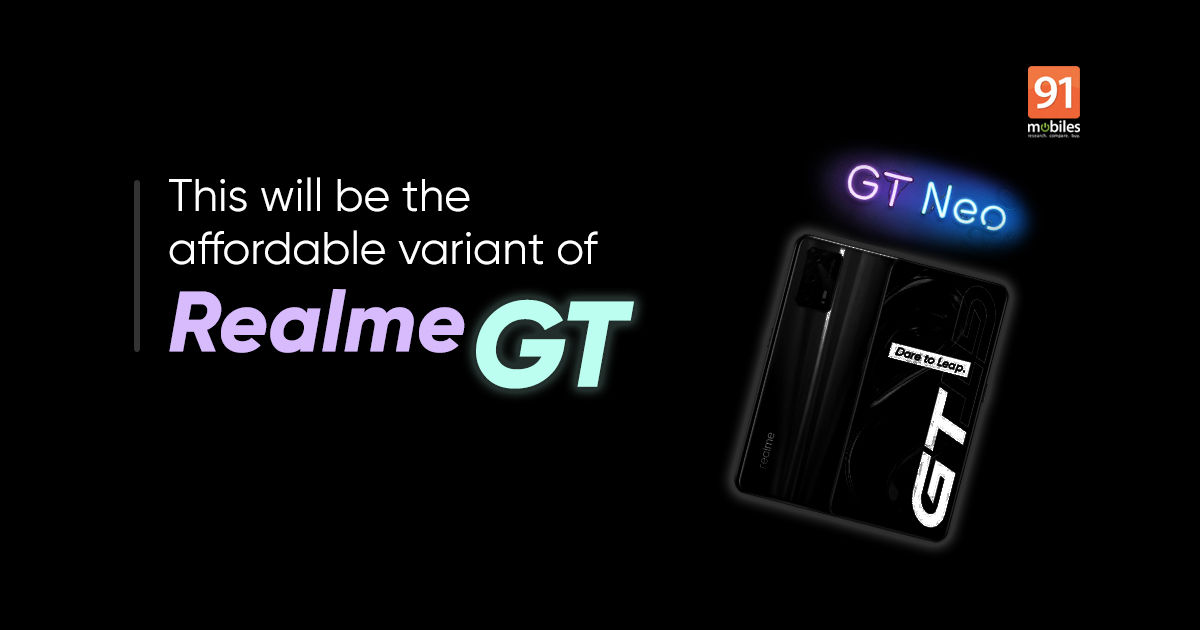 Realme GT Neo launch was teased by the company during the Realme GT 5G launch event. The smartphone was mentioned right at the end of the event and is expected to come with slightly toned-down specs compared to the Realme GT 5G. Realme GT Neo specifications have not been revealed yet but the company did tease the chipset that will power the device. While the Realme GT is powered by the flagship Qualcomm Snapdragon 888 chipset, the upcoming Realme GT Neo will be using a MediaTek Dimensity processor. In fact, it will be one of the first phones to use this new Dimensity chipset.

The Realme flagship is equipped with a 64MP triple camera system that includes a 64MP main camera, an 8MP wide-angle lens, and a 2MP macro lens. The phone also gets a 16MP front-facing camera for selfies. Realme GT 5G houses a 4,500mAh battery and supports 65W fast charging. The phone measures 8.4mm in thickness and weighs 186 grams.