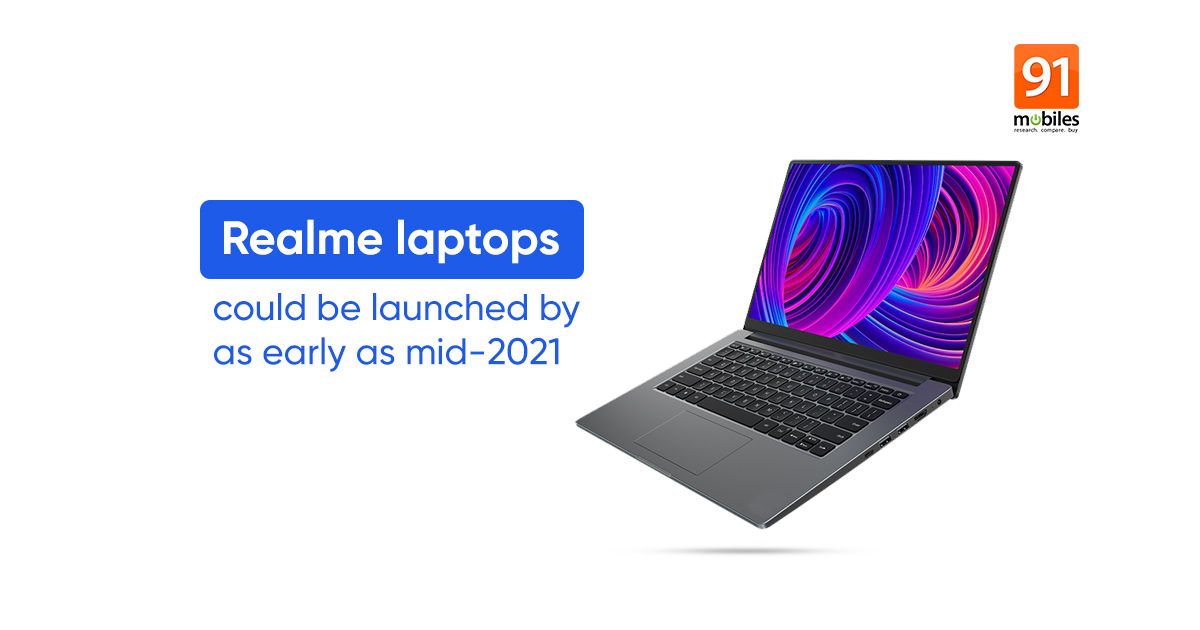 After smartphones, smart TVs, and AIoT products, Realme seems to be ready to enter the laptop segment, according to noted tipster Mukul Sharma. The tipster says if everything goes according to plan, the Realme laptops launch may take place around June 2021. This comes after Madhav Sheth, Realme India and Europe CEO, in a recent interview said the company has received a lot of queries regarding laptops. However, the tweet doesn’t reveal much else about the configuration or the number of models that will launch initially. The company will look to take on the likes Xiaomi, Redmi, Huawei as well as established players like HP, Lenovo, and so on in the notebook segment in India.

Considering neither Realme nor any of its sister companies like OPPO, Vivo, OnePlus produce laptops yet, we can speculate that Realme laptops could be made by an ODM (original design manufacturer) and could be powered by Intel Core /AMD processors and the Windows 10 operating system.

Separately, Madhav Sheth in a recent interview revealed the company’s plans to launch plenty of new category products this year. The top executive said Realme will launch several new 5G phones, which could include the Realme X7 series, X9, Realme Race flagship, and more. It will be introducing new smart TVs, smart speakers, trimmers, laptops, TWS earbuds, smart bulbs, and more smart home gadgets sometime down the year. This doesn’t come as surprise considering Realme has become the fastest growing brand in 2020 and wants to double down its efforts in 2021.

Furthermore, Madhav Sheth said that Realme is aiming to launch more than 100 products in the AIoT segment so as to build an ecosystem of products in the category. The new smart speakers will take on Xiaomi’s smart speaker, Amazon Echo, and Google Home speakers, among others.