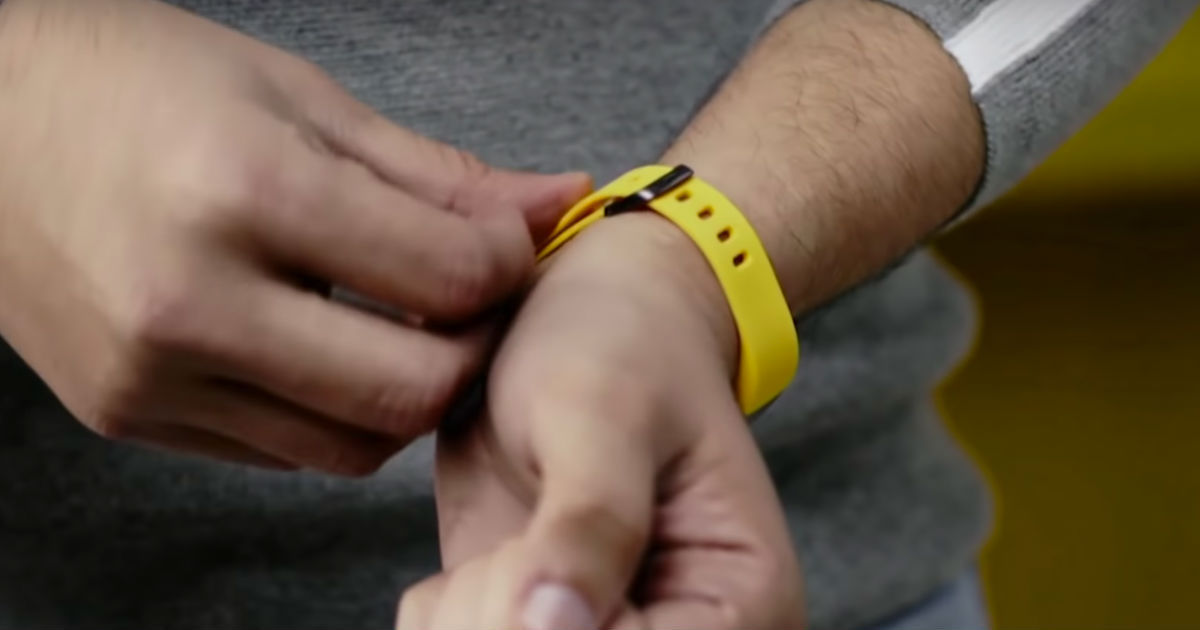 Realme will launch a fitness band in India soon. While leaks and rumours about the upcoming product have so far given us a glimpse of how it might look. The fitness band will come soon after the Realme Buds Air, which are the brand’s truly wireless earphones. As the company looks to expand its wearables portfolio, it seems likely that we will get a dedicated app to support these products. This week, a new trademark filing has been spotted about an upcoming product or service named Realme Link. While this does not give us any specific clues regarding what it might be about, it could very well be the companion app for Realme’s upcoming fitness band and Realme Buds Air.

Realme files the trademark for Realme Link. Judging by the icon and the trademark description, it is likely a new app.#Realme #RealmeLink pic.twitter.com/afqZfXyxhJ

Realme Link could be the name of an app from Realme. Now, the only logical app that makes sense is a wearables app that will give users further access to products like the Realme fitness band and Buds Air. An app would surely be needed for a fitness tracker as it would give users the ability to keep track of their fitness (steps, workouts, sleep pattern) over days, weeks or months. A Realme wearables app could also allow users tweak to the sound of the Buds Air and check their battery life. It could also help the company deliver OTA software updates to these products as well.

Realme CEO Madhav Sheth had tweeted at the start of the year that the brand will look to expand its portfolio of products. The Realme fitness band is expected to launch in India in the coming weeks, possibly before Realme’s appearance at MWC 2020 in Barcelona later this month. The wearable device is expected to come with standard fitness tracking abilities, and also feature a curved body. Since Realme typically vies for a spot in the value end of the market, its upcoming product is also expected to rival the Mi Band, hence keeping its rivalry with fellow Chinese electronics manufacturer Xiaomi intact.