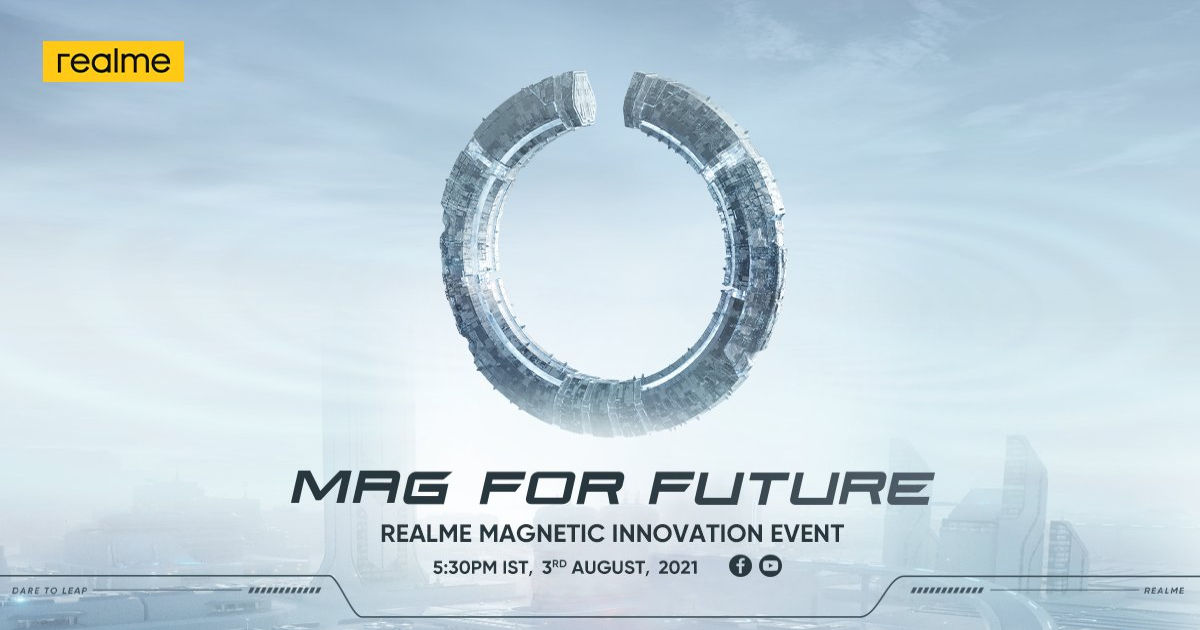 Realme MagDart, the first magnetic wireless charging technology for Android that is similar to Apple MagSafe, will be unveiled on August 3rd at 5:30 PM IST, as confirmed by the company. This will enable fast and stable magnetic wireless charging support. The recently leaked render image had revealed the design of the Realme MagDart chargers, which has a brushed aluminium build and a circular pad that will attach to the back of the phone. Tipster Mukul Sharma has now revealed that the MagDart charging technology will be able to charge other Realme products as well, including tablets, laptops, and more.

[Exclusive] Looks like Realme is going all in when it comes to MagDart
MagDart charging technology will be available for all category devices and Realme's looking forward to democratizing MagDart tech
Here's an exclusive image of what all MagDart will be able to pull off#MagDart https://t.co/KnLJ2I4qq4 pic.twitter.com/WiVTTB7pn8

According to the image, the MagDart technology will be available for all categories of devices, including smartphones, smartwatches, and TWS earbuds. Interestingly, the image also shows tablets and laptops, which the company already has in the works. However, the image doesn’t reveal any technical details of the Realme MagDart technology but we expect to hear more about it as we move forward. A recent report claimed the MagDart may come with a 15W wireless charging speed.

The report also revealed a second design that is significantly larger than the first model. It has a ventilation grill at the rear that could probably be for heat dissipation. It is said to offer fast-charging capabilities, probably in line with the fastest wireless chargers on the market. Xiaomi offers 67W fast-wireless charger at the moment. It has a USB Type-C port on the side. We should hear more about the Realme MagDart technology in the next few days.