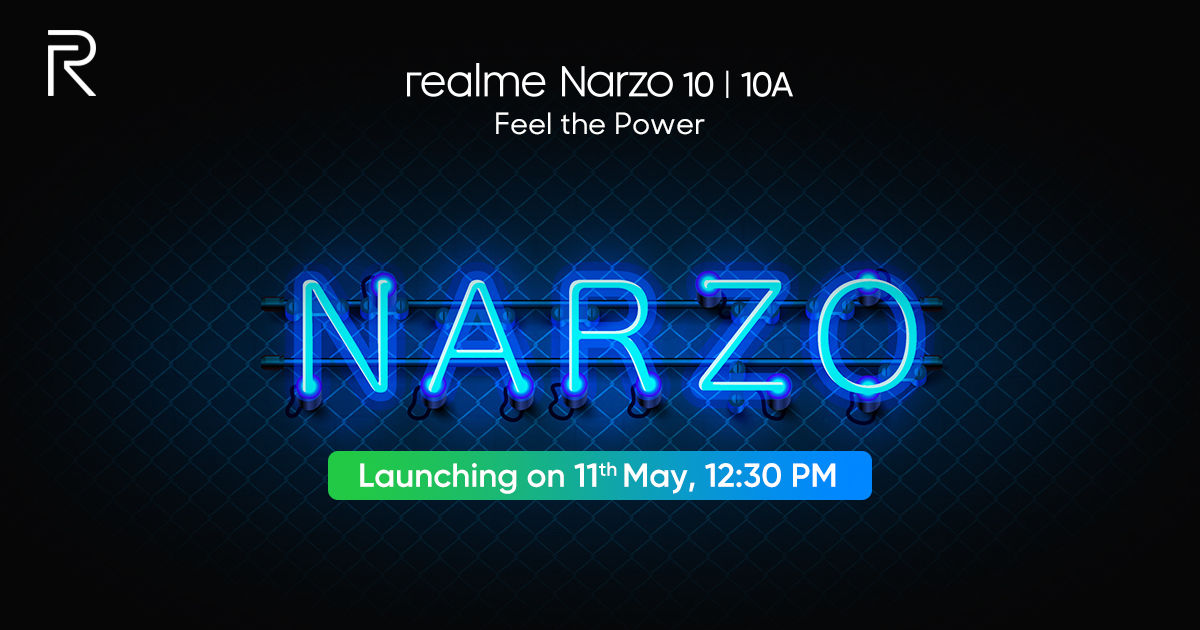 Realme has announced a new launch date for the Narzo 10 series in India. The company has revealed that the Narzo 10 and Narzo 10A India launch will now happen on Monday, May 11th. The pre-recorded launch event will be streamed online starting 12:30 PM IST via official channels. The Narzo 10 series launch in India has been postponed several times due to the ongoing coronavirus lockdown. However, now that the government has eased e-commerce restrictions in the country, Realme will be able to finally launch the Narzo 10 and Narzo 10A smartphones on May 11th and put them on sale soon after. The brand has already revealed a few key specifications and features of the upcoming smartphones and they are expected to come with affordable price tags.

Get ready to #FeelThePower.
Unleashing the bold and the unique, #realmeNarzo10 and #realmeNarzo10A!
Launching at 12:30 PM, 11th May on our official channels.
Know more: https://t.co/hQGc0tJYkA pic.twitter.com/BiPjOCI5fs

The Realme Narzo 10 will feature a 48MP quad camera setup, 5,000mAh battery, a 6.5-inch waterdrop display and fast charging support. While the company is yet to officially announce the processor, the smartphone is believed to be powered by the Helio G80 chipset as per past reports. As for the Realme Narzo 10A, the phone will come with triple rear cameras and should also pack a large battery and fast charging support.

Realme will reveal the Narzo 10 and Narzo 10A specifications and India prices on May 11th. Based on what we know about the two phones so far, the company is expected to price them below the Realme 6 series.