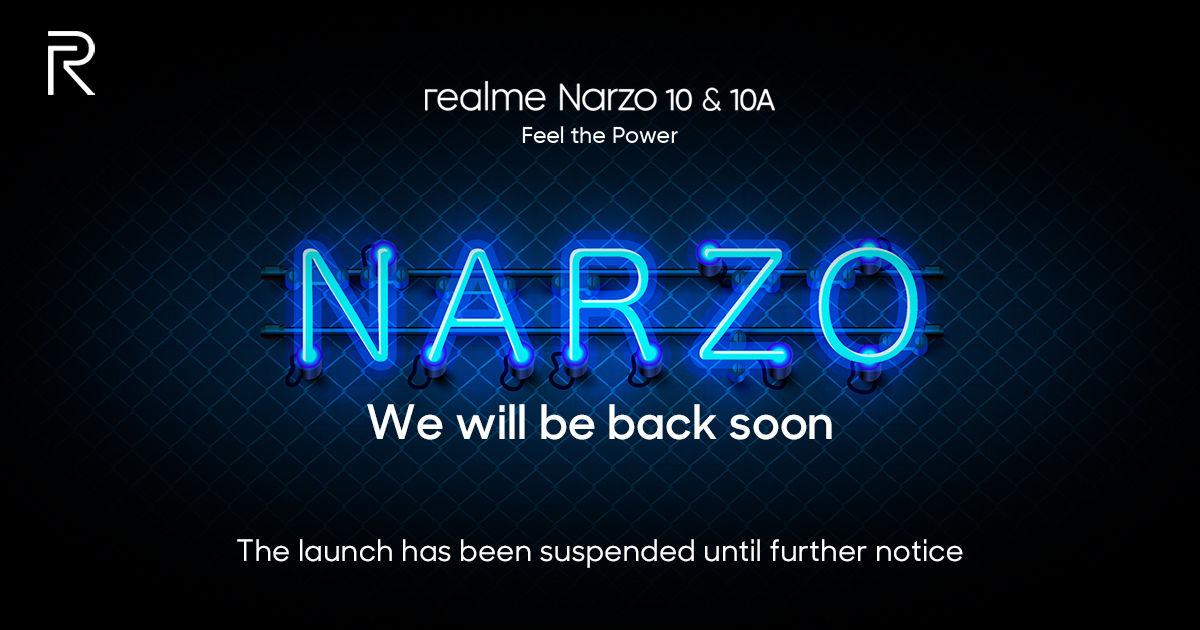 Realme is once again postponing the Narzo 10 series India launch due to the coronavirus lockdown. The brand was supposed to announce the Narzo 10 and Narzo 10A smartphones on Tuesday, April 21st, but the company has been forced to delay the launch “until further notice.” The announcement comes a day after the Ministry of Home Affairs stated that e-commerce platforms were not allowed to deliver non-essential goods such as smartphones during the lockdown period. The coronavirus lockdown in India ends on May 3rd, and it looks like Realme will reveal a new launch date for the Narzo 10 phones only after that. 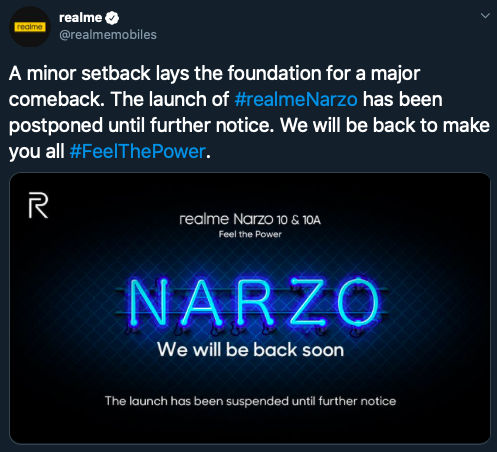 To recall, the Realme Narzo 10 and Narzo 10A were initially supposed to launch in India on March 26th. However, the company had to cancel the launch due to the first coronavirus lockdown. A few days ago, the Indian government had said that e-commerce platforms like Amazon and Flipkart could start delivering non-essential commodities like smartphones from April 20th, following which Realme rescheduled the Narzo 10 series launch for April 21st.

One Sunday, the MHA changed its mind and said that deliveries of non-essential goods would not be allowed during lockdown, likely due to the increasing COVID-19 cases in India. With the lockdown being extended till May 3rd, it looks like Realme fans will have to wait longer for the Narzo 10 series.

Based on past rumours and some official details from the brand itself, we know some key Realme Narzo 10 and Narzo 10A specifications. The Narzo 10 will feature a a 6.5-inch display with a waterdrop notch and will sport a 48MP quad camera setup. The phone is speculated to be powered by the MediaTek Helio G80 chipset. The Narzo 10 will house a 5,000mAh battery and will support 18W fast charging.

The Realme Narzo 10A, on the other hand, will likely be cheaper than the Narzo 10. It will also sport a waterdrop display and a large battery capacity with fast charging support over Type-C. The phone will feature a triple camera setup on the back. Beyond this, not much else is known about the two smartphones as yet.