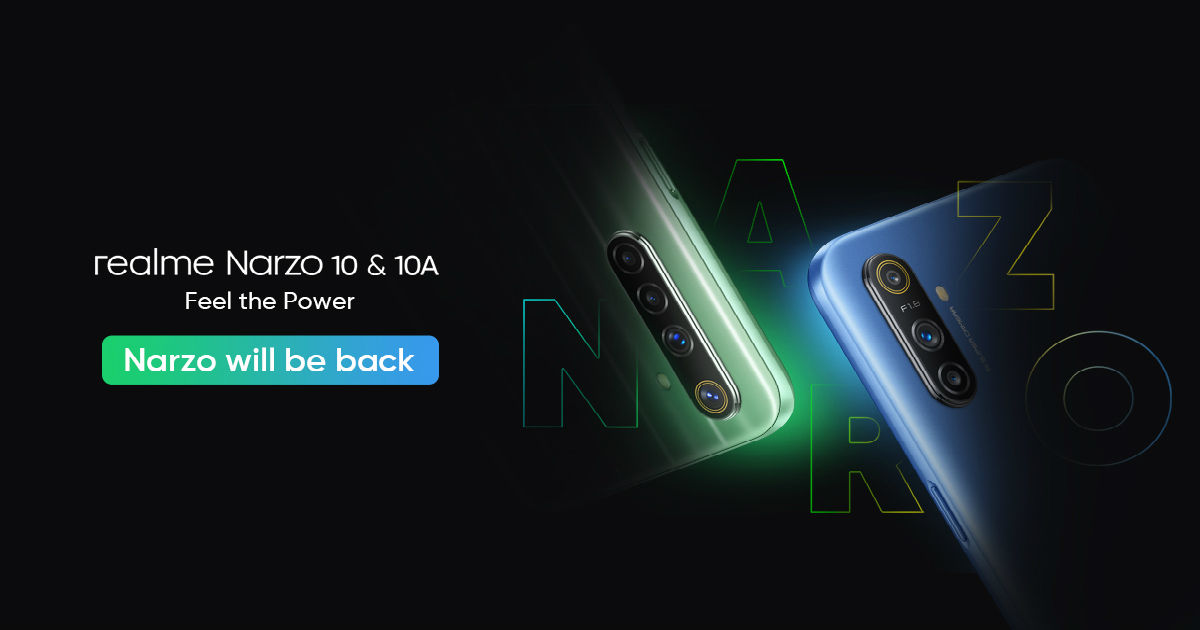 “Realme initially had plans to livestream a pre-recorded Narzo 10 launch event on March 26th, but now suspended the launch indefinitely”

Realme Narzo 10 and Narzo 10A launch in India has been suspended due to the coronavirus lockdown in the country. The Narzo 10 series was scheduled to launch on Thursday, March 26th at 12:30pm, but the brand has decided to officially postpone the launch of the Narzo 10 and Narzo 10A as well as all upcoming launches. Earlier this week, Realme had announced that it was postponing the sales of the Narzo 10, but still planned to live stream a pre-recorded launch event on March 26th. Realme had clarified that it will be putting current stocks on hold and will halt its ‘Make in India’ facility till further government notice.

Realme Narzo 10 and Narzo 10A specifications

Talking about the specifications, the Realme Narzo 10 and Narzo 10A will have a 6.5-inch display with 89.8 percent screen-to-body ratio and teardrop notch for the front-facing camera. The teaser posters show the Realme Narzo 10 will have quad cameras with a 48MP primary sensor, while the Narzo 10A to rock triple cameras. Both the phones are likely to boot Android 10 OS with Realme UI custom skin on top and have a rear-mounted fingerprint sensor for security.

Both the phones are confirmed to pack a 5,000mAh battery with quick charge support. Connectivity features could include Dual SIM 4G VoLTE, Wi-Fi, Bluetooth 5, GPS, USB Type-C, 3.5mm headphone jack, and FM radio. Lastly, as for the pricing, the Realme Narzo 10 is said to be priced below Rs 15,000, but the actual cost might differ. We will update the Realme Narzo 10-series launch date as and when the company makes it official.