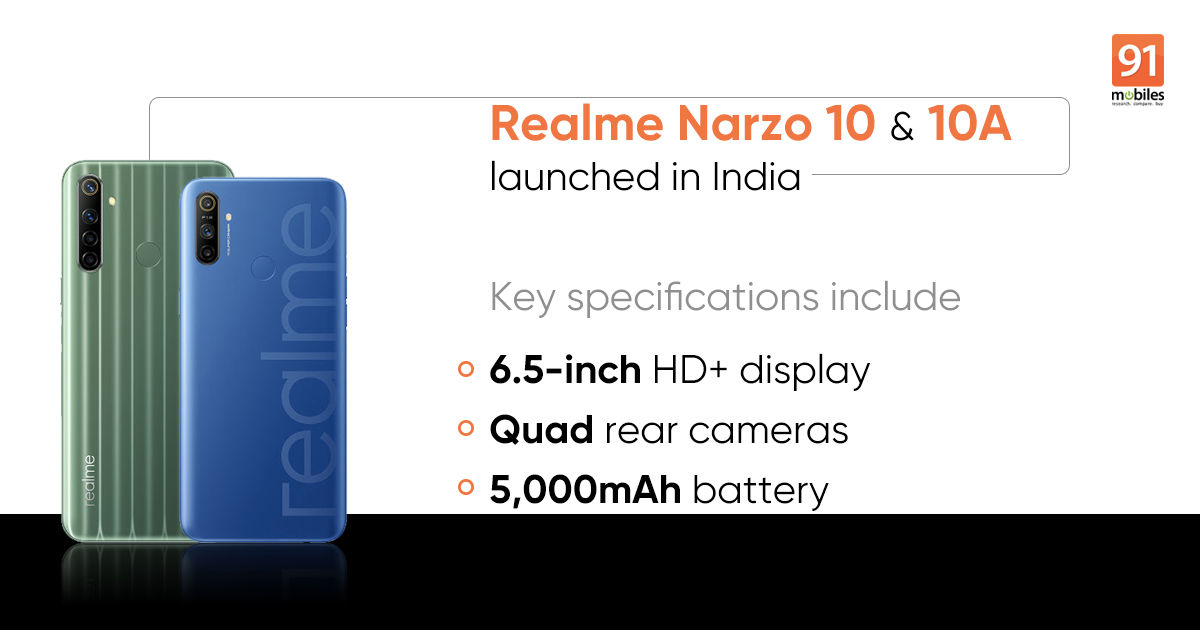 Realme Narzo 10 and Narzo 10A smartphones have been launched in India. The handsets, which were initially scheduled to launch back in March, make their debut in the country now owing to the lockdown. They are the latest affordable offerings, which Realme claims are performance-centric and customised for gamers. The Realme Narzo 10 is a rebranded version of Realme 6i, which was launched in Myanmar. It rocks the MediaTek G80 chipset, a 6.5-inch display, 48MP quad rear cameras, and a 5,000mAh battery with fast-charging support. The Realme Narzo 10A is a watered-down version of the Narzo 10. So let’s get into the details of the new smartphones, including the Realme Narzo 10, Narzo 10A prices in India, specifications, and the sale date.

The Realme Narzo 10 price in India is set at Rs 11,999 for the sole 4GB RAM + 128GB storage model. The handset comes in That White and That Green colour options. As for the Realme 10A, it has been priced in India at Rs 8,499 for the 3GB RAM and 32GB storage configuration. The handset will be available for sale in So White and So Blue hues. Both the smartphones will be available via Flipkart and Realme.com — the Narzo 10 sale date is May 18th at 12pm, while its sibling goes on sale at 12pm on May 22nd.

Realme Narzo 10 specifications include a 6.5-inch HD+ display with waterdrop notch for the selfie camera atop. The handset is the first smartphone in the country to be powered by MediaTek Helio G80 SoC; the chipset is paired with 4GB of RAM and 128GB storage onboard. The storage can be further expanded up to 256GB with a dedicated microSD card slot. For photography, the phone features quad rear cameras comprising 48MP (f/1.8) primary sensor, 8MP ultra-wide-angle sensor with 119-degree field-of-view, 2MP macro sensor with f/2.4 lens, and a 2MP mono sensor with f/2.4 lens. The Narzo 10 features a 16MP shooter for selfies and video calling. 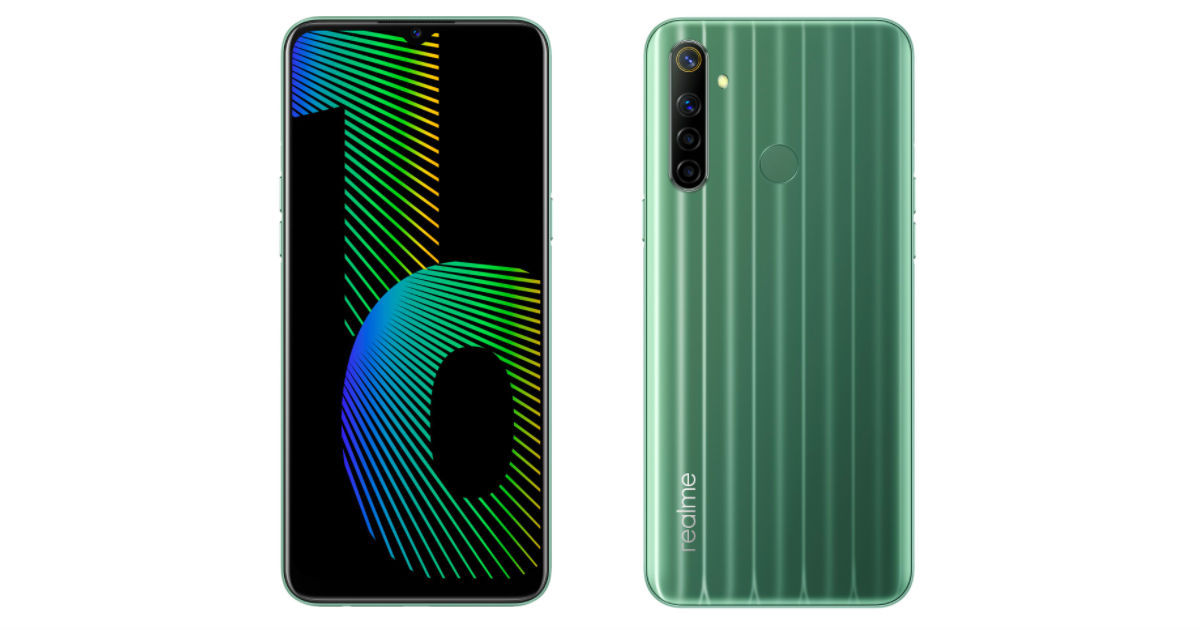 A 5,000mAh battery with 18W fast charging support over Type-C port fuels the handset, while Realme UI atop Android 10 takes care of the software side of things. There is a rear-mounted fingerprint scanner for security. The Realme Narzo 10 comes with standard connectivity options such as Bluetooth 5.0, Wi-Fi, 4G LTE dual SIM slots, and GPS/ GLONASS. The handset measures 164.4mm x 75.4mm x 9.0mm and weighs 199 grams.

Narzo 10A has the same 6.5-inch HD+ waterdrop notch display as is sibling, with 720×1,600 pixels resolution, 20:9 aspect ratio, and Gorilla Glass 3. The phone has the 2GHz MediaTek Helio G70 chipset, aided by 3GB RAM and 32GB internal storage, under the hood. It also comes with storage expansion support up to 256GB. Powering the smartphone is Realme UI based on Android 10. 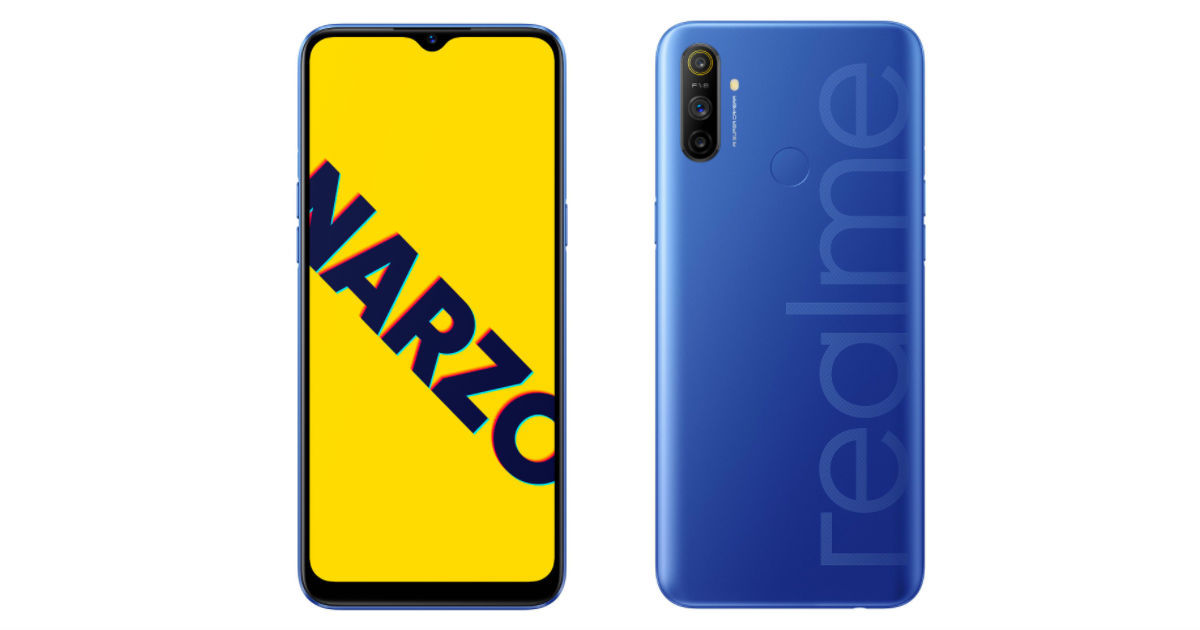 The Realme Narzo 10A is the first smartphone by the brand to feature triple rear cameras. The cameras consist of 12MP primary sensor with f/1.8 aperture, 2MP macro lens with f/2.4 aperture, and 2MP portrait lens with f/2.4 aperture. On the front, the handset features a 5MP shooter for selfies and video calling, with features such as AI Beautification, HDR, Timelapse, etc.

It’s also driven by 5,000mAh battery; however, there is no fast charging tech and USB Type-C port. The Realme Narzo 10A, instead, supports only 10W charging over a micro-USB port. For security, there is a rear-mounted fingerprint scanner. The connectivity options are Bluetooth 5.0, Wi-Fi, 4G LTE dual SIM slots, and GPS/ GLONASS.