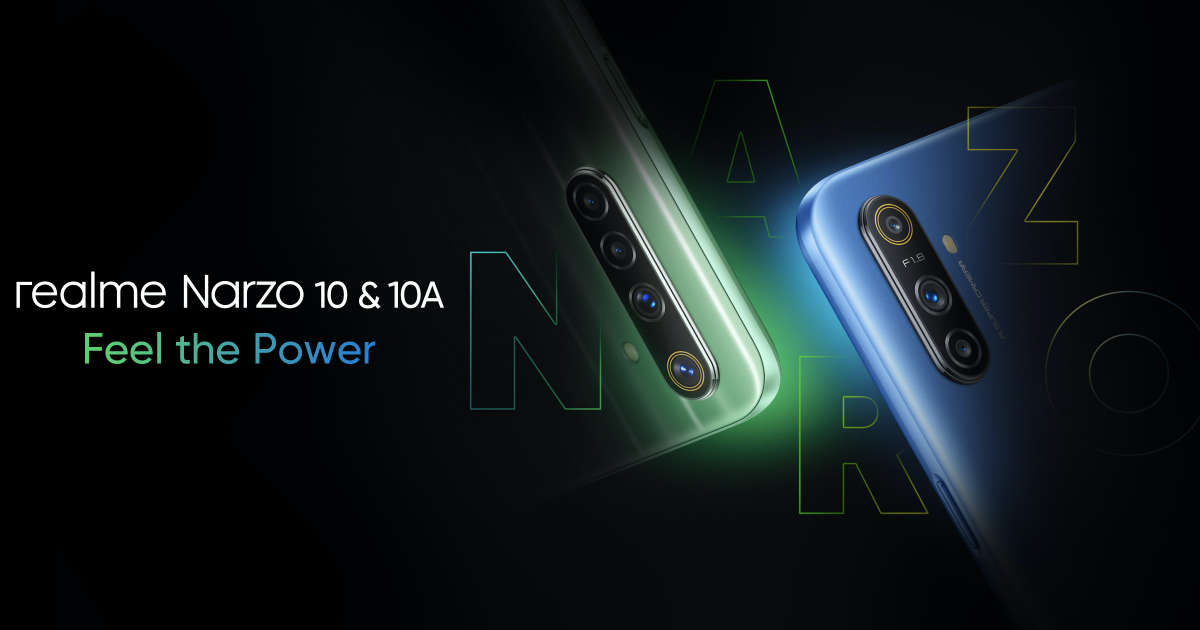 Realme Narzo 10 will be powered by the MediaTek Helio G80 processor, the company has officially confirmed ahead of the May 11th India launch event. Realme had previously teased that the Narzo 10 series will launch with powerful processors without reveal the exact chipsets. While the Narzo 10 SoC has been revealed, the company is yet to officially confirm the processor powering the Narzo 10A. On Thursday, Realme announced that the Narzo 10 series India launch event will finally happen on Monday, May 11th after being postponed several times due to the coronavirus lockdown. Other key Narzo 10 specifications confirmed include 48MP quad cameras and 5,000mAh battery with fast charge support.

Realme Narzo 10 and Narzo 10A are part of a brand new series from the company. They will likely slot below the Realme 6 series in terms of pricing. Notably, the Narzo 10 will be the first smartphone in India to be powered by the MediaTek Helio G80 processor. The gaming-centric octa-core processor clocks at up to 2.0Ghz and is equipped with the Mali-G52 MC2 GPU.

As for the Narzo 10A, teasers show the smartphone will come with a triple camera setup. The phones should also house a large battery and support fast charging much like the Narzo 10. Both the smartphone are expected to launch with waterdrop displays and a unique finish on the back.