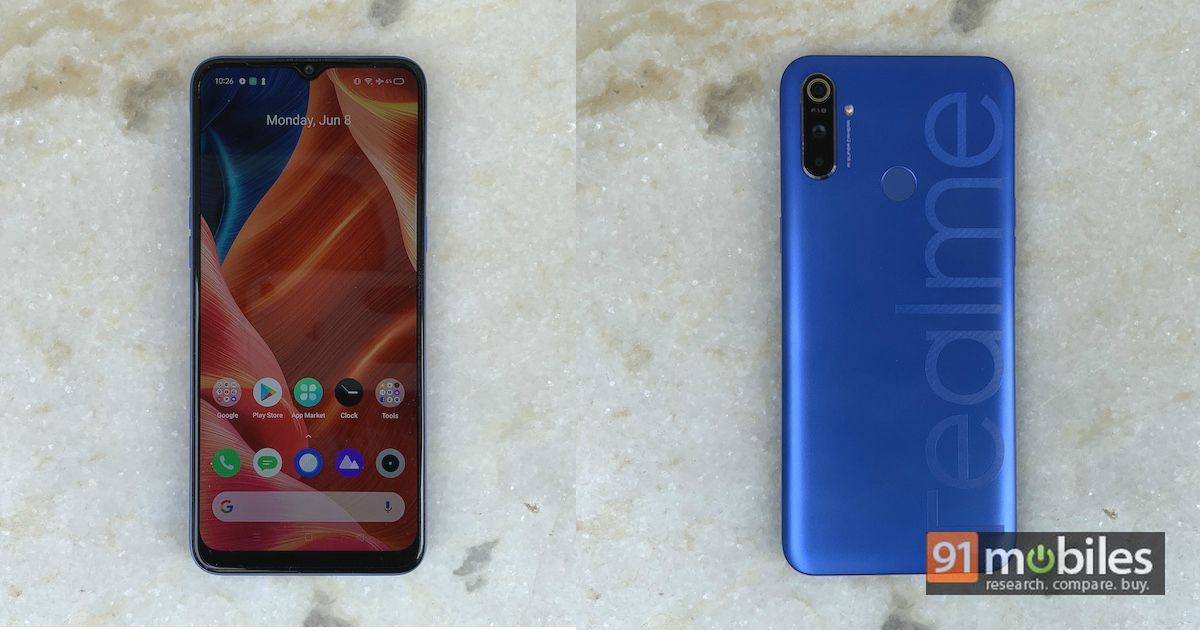 Realme Narzo 10A budget offering has now got a new 4GB + 64GB model, giving users a choice with more storage and RAM. To recall, the Realme Narzo 10A was unveiled back in May and it came with just 3GB RAM and 32GB expandable storage option. However, the rest of the specifications of the new model will remain the same. The Realme Narzo 10A ships with a 6.5-inch display, MediaTek Helio G70 SoC, Android 10 OS and triple cameras. The company also unveiled a slightly costlier Realme Narzo 10 on the same stage last month at Rs 11,999.

The Realme Narzo 10A 4GB RAM + 64GB storage model is priced at Rs 9,999 and will be available on Flipkart and Realme.com. It will be on sale tomorrow i.e. June 23rd at 12 PM in So White and So Blue colours.

Realme Narzo 10A sports a 6.5-inch HD+ display with 1,600 X 720 pixels resolution, a waterdrop notch, 89.9 percent screen-to-body ratio and 20:9 aspect ratio. It is powered by the MediaTek Helio G70 SoC coupled with up to 4GB RAM and up to 64GB internal storage. it runs on Android 10 OS with Realme UI custom skin on top. Connectivity features include 4G LTE, Wi-Fi, Bluetooth 5.0, and GPS/ GLONASS.

As for the cameras, the Realme Narzo 10A features a triple-camera setup that includes a 12MP primary sensor, a 2MP macro lens, and a 2MP portrait lens. It has a 5MP snapper on the front for selfies and video chats. There is a rear-mounted fingerprint sensor for security and a 3.5mm audio jack connectivity. A 5,000mAh battery with no fast-charging support fuels the phone.