91mobiles.com
Home News Realme Narzo 10A and Realme C3 prices in India increased by up...
Highlights 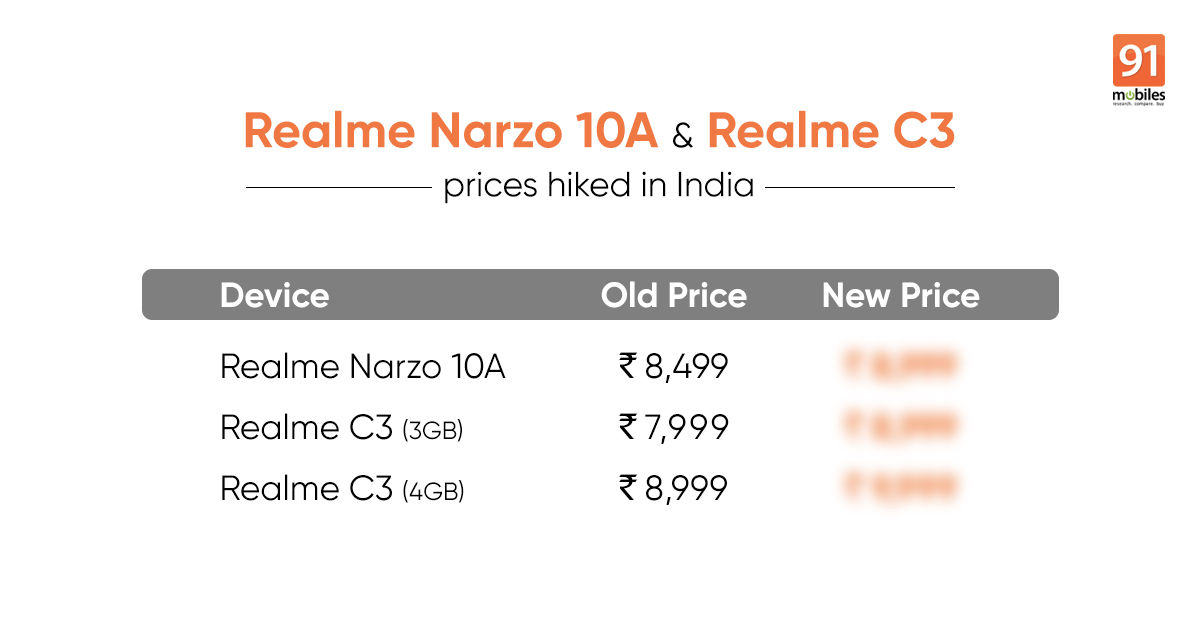 Realme Narzo 10A, Realme C3 prices in India and specifications

The Realme Narzo 10A and Realme C3 come with similar specifications. The handsets run Realme UI with Android 10 out of the box and feature a 6.5-inch HD+ waterdrop display. They are driven by a beefy 5,000mAh battery. At the helm, the smartphones rock MediaTek Helio G70 chipset coupled with Mali-G52 GPU.

In optics, the Realme Narzo 10A features triple rear cameras with 12MP primary sensor, 2MP, a 2MP macro lens, and a 2MP portrait lens. The Realme C3, on the other hand, gets the same 12MP main and 2MP depth sensors minus the macro lens. On the front, both phones feature 5MP shooter for selfies and video chats.

For security, the Realme Narzo 10A sports a rear-mounted fingerprint scanner, the Realme C3 relies on face recognition and pattern/ PIN unlock. Connectivity options of the phones include 4G LTE, Wi-Fi, Bluetooth v5.0, GPS/ A-GPS, and a Micro-USB port.