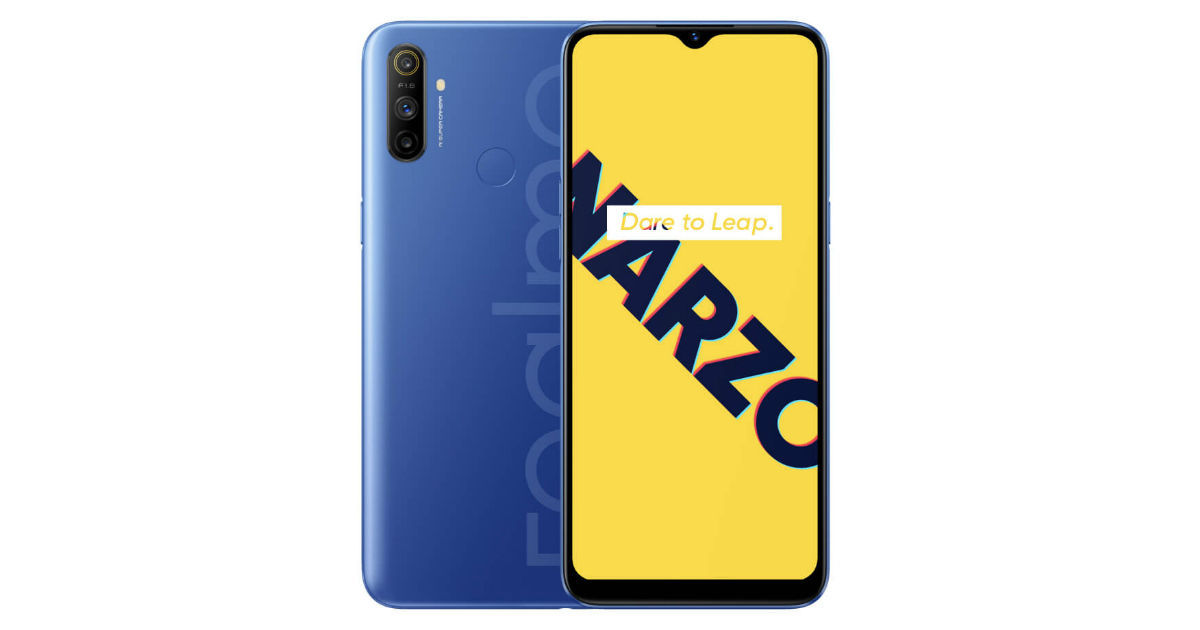 Realme has officially announced it will be launching the Narzo 20 series in India on September 21st at 12:30 PM IST. The Narzo 20 phones will succeed the Realme Narzo 10 and Narzo 10A that were launched in India earlier this year. This time around, rumours suggest the brand will announce the Narzo 20 Pro model in addition to the Narzo 20 and Narzo 20A. The launch event invite also shows off three smartphones, reiterating the addition of the Pro model. Details surrounding these phones are slim at the moment, but we expect to learn more in the days leading up to the launch. 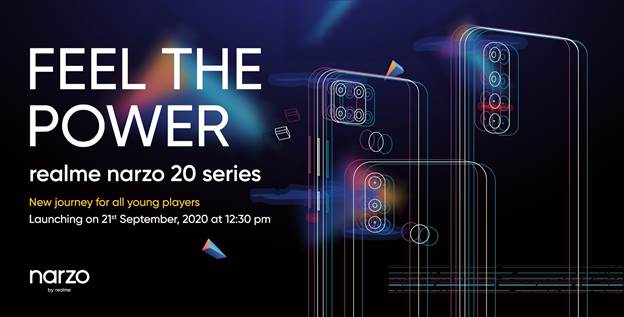 The Narzo 20 series launch event invite reveals two phones with a rear-mounted fingerprint sensor. The Pro model may come with a quad-camera setup and an in-display fingerprint sensor. Last week, a tipster on Twitter revealed the alleged RAM, storage, and colour options for the Realme Narzo 20, Narzo 20A, and Narzo 20 Pro smartphones. As per the leak, the Narzo 20A will be the cheapest in the series and will come in 3GB + 32GB and 4GB + 64GB variants. The device may come in Victory Blue and Glory Silver colour options. The Narzo 20 is tipped to come in 4GB + 64GB and 4GB + 128GB options and same colours as the Narzo 20A. Lastly, the Narzo 20 Pro may be announced in 6GB + 64GB and 8GB + 128GB variants. The Pro model is said to come in Black Ninja and White Knight colour options.

Not much else is known about the Realme Narzo 20 series. We don’t know what the phones will look like or the chipsets that will power the devices. The invites being sent to the media seems to highlight gaming, so we expect to see gaming-centric processors powering the smartphones. We expect the company to start teasing some features of the Realme Narzo 20 series in the days leading up to the September 21st launch.