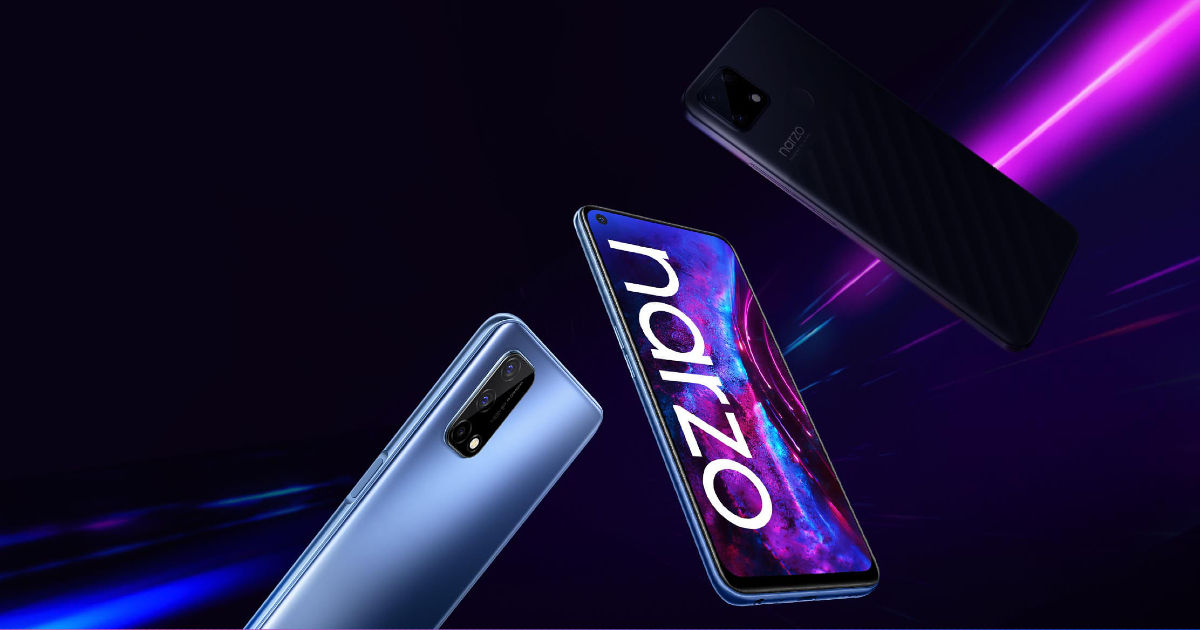 Realme Narzo 30 India launch will happen “very soon” as revealed by Realme India and Europe CEO, Madhav Sheth in the latest “Ask Madhav” episode on YouTube. The executive has mentioned the brand had initially planned for just the Realme Narzo 30 4G version but later decided to bring a 5G variant as well. Unfortunately, the Realme Narzo 30 4G and 5G specifications are kept under wraps for now. To recall, Realme Narzo 30 Pro 5G and Narzo 30A were launched in India last month. Additionally, the company is evaluating whether to bring the Realme GT to India soon.

After witnessing the increasing demand for 5G smartphones and to match Realme’s strategy as a 5G smartphone leader, we’ve decided to work on another 5G version. So now, we will have Realme Narzo 30 4G and Narzo 30 5G launch together very soon.

Furthermore, Sheth during the YouTube video has said the Realme Narzo 30 Pro 5G and Narzo 30A would get Realme UI 2.0-based on Android 11 in early access by the third-quarter of 2021. To recall, both phones currently run on Android 10 OS. Realme India head has also mentioned the brand would launch the Realme Smart Scale in India later this month. It was originally launched in China last year at around Rs 1,400. As for smart TV, Sheth has said the Realme SLED 55-inch TV would receive an Android 10 update in Q3 this year.

When asked about the Realme GT India launch, the executive has said the company is still “evaluating” the launch of the phone in the country. The Realme GT is powered by the Snapdragon 888 chipset. The company is planning to launch the Realme GT Neo in China on March 31st and this MediaTek Dimesnity 1200-powered phone could come to India as well.

Realme 8 series is gearing to launch on March 24th and Madhav Sheth has confirmed the series will run Android 11 out of the box and has yet again teased the Realme 8 Special Edition in Illuminating Yellow colour option that glows in the dark.