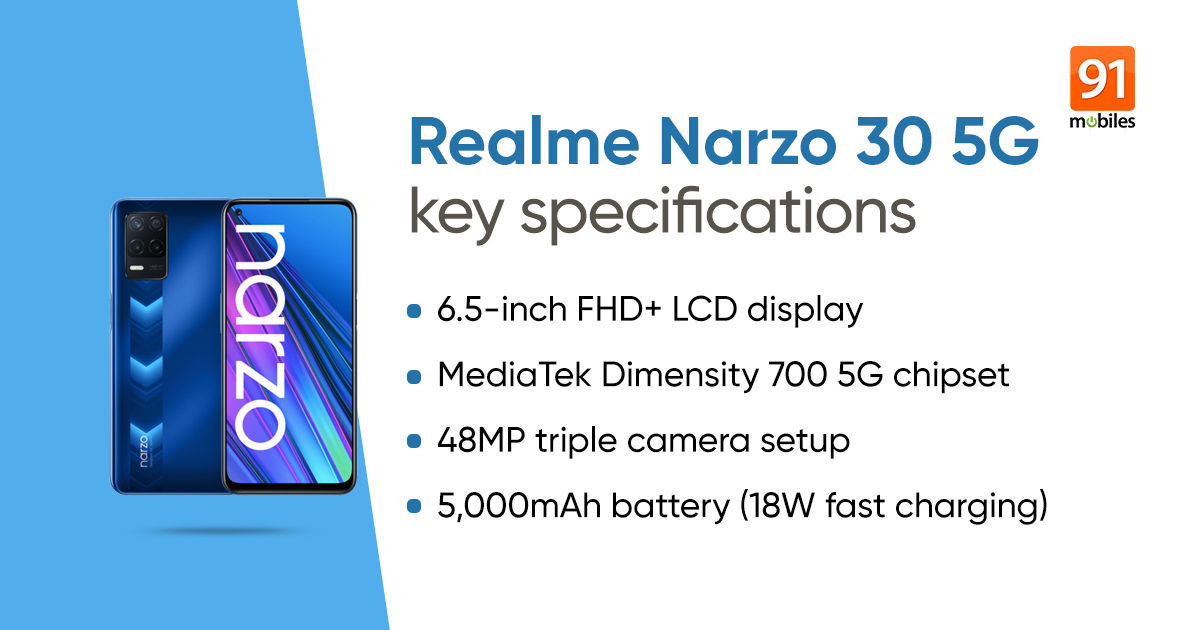 Carrying forward the #PowerMeetsStyle legacy, #realmeNarzo30, and #realmeNarzo305G is all set to win the hearts of Young Players once again!

Launching this month, RT if you are excited. pic.twitter.com/Pmtac8T53U

Realme’s Madhav Sheth reveals in the latest #AskMadhav episode that the company will be bringing the Realme Narzo 30 4G and 5G models to India. The executive has not revealed the launch date yet, but expect to hear something on that soon enough. You can also expect the phones to go on sale on Flipkart. Both the Realme Narzo 30 and Narzo 30 5G models have launched outside of India, so we know their specifications already.

The Realme Narzo 30 launched in Malaysia with a 6.5-inch FHD+ LCD display and a 90Hz refresh rate. The phone is powered by the MediaTek Helio G95 chipset paired with 6GB RAM and 128GB internal storage. The device ships with Android 11 and Realme UI on top. The triple rear camera system includes a 48MP primary sensor, a 2MP mono lens, and a 2MP macro lens. The Narzo 30 4G packs a 5,000mAh battery and supports 30W fast charging.

Coming to the Realme Narzo 30 5G, the phone also features a 6.5-inch FHD+ LCD  display with a 90Hz refresh rate. The handset is powered by the MediaTek Dimensity 700 5G chipset coupled with 4GB RAM and 128GB internal storage. The device gets a similar triple rear camera system as the 4G model. The handset also packs a 5,000mAh battery. However, fast charging is capped at 18W.

While you wait for the Realme Narzo 30 4G and Narzo 30 5G in India, you can check out more news about the other upcoming smartphones as well as popular product recommendations on our Facebook, Twitter, and Instagram pages and head to our YouTube channel for the latest videos.