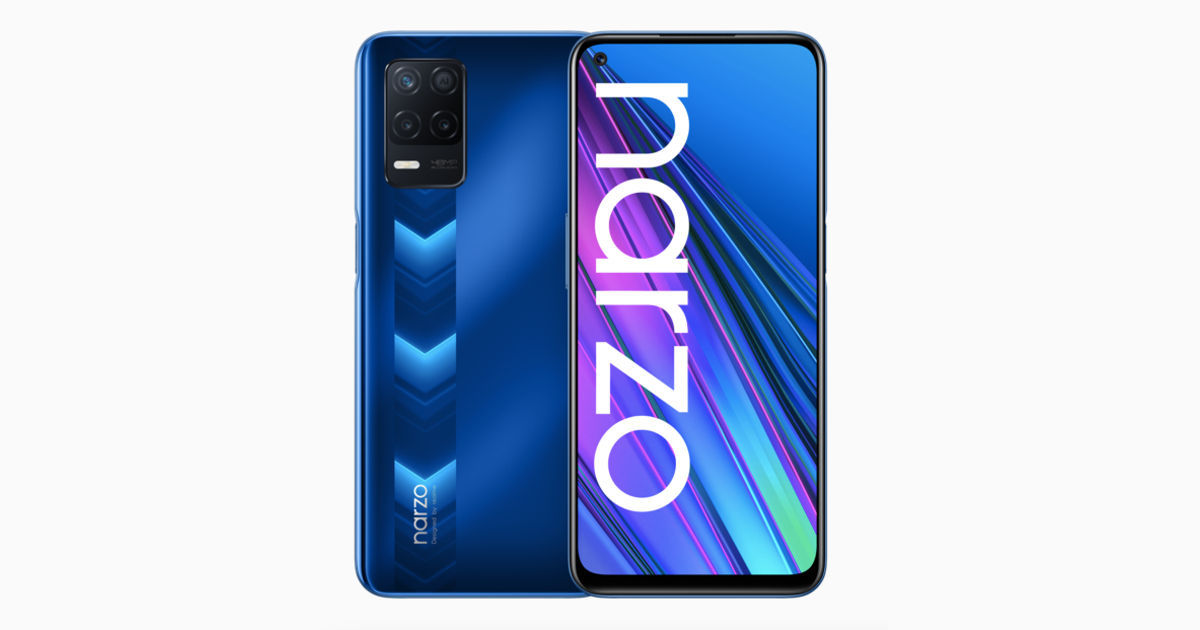 Realme Narzo 30 and Realme Narzo 30 5G prices in India will be revealed officially on June 24th. The two phones are set to arrive and join the existing Narzo 30 Pro 5G and Narzo 30A. Flipkart has already listed the Narzo 30 and Narzo 30 5G on its e-commerce platform. The listing confirms that both the phone will be on sale through Flipkart, in addition to the Realme India website. The Flipkart microsite also reveals key specifications, but the devices have already been released in other markets, so we know a good deal about the hardware. Additionally, the Narzo 30 series price in India was tipped earlier this week. Here’s a quick recap of everything we know about the upcoming Narzo phones. 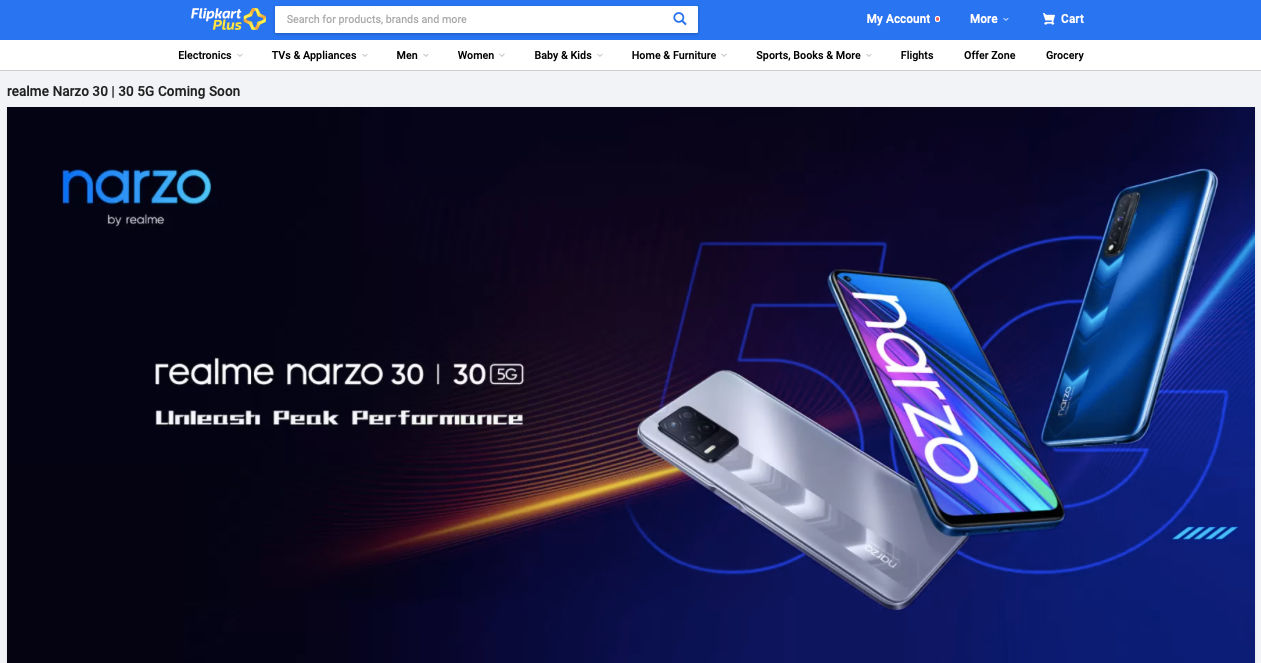 The Flipkart microsite reveals that the Realme Narzo 30 5G is powered by the 2.2GHz Dimensity 700 chipset that supports 5G+5G Dual-SIM Dual Standby. The non-5G Narzo 30 is powered by the MediaTek Helio G95 chipset, which is a gaming-centric processor. Both phones offer a 90Hz FHD+ display with a peak brightness of 600 nits. Both devices are also backed by a 5,000mAh battery, but only the 4G version supports 30W fast charging while the 5G model is capped at 18W.

The Narzo 30 4G and Narzo 30 5G come equipped with a triple camera system that includes a 48MP primary camera, a 2MP mono lens, and a 2MP macro lens. The Narzo 30 4G will be offered in two RAM and storage configurations – 4GB/64GB and 4GB/128GB. The 5G model, however, is tipped to come in a single 6GB/128GB option. The phones will come in Racing Blue and Racing Silver colour options.