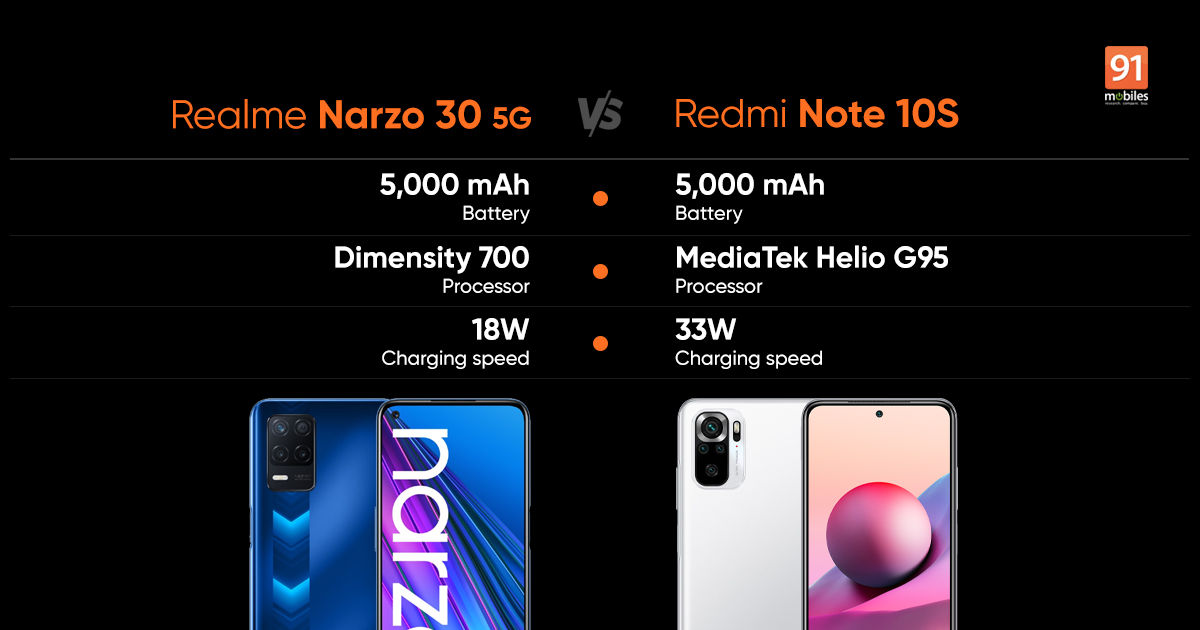 The Realme Narzo 30 has just been announced in the Indian market along with a 5G model of the same name. The latter happens to be a rebranded Realme 8 5G with a higher starting RAM variant, and is priced at Rs 15,999. Having already reviewed the phone in its entirety, I was interested specifically in how good the device’s battery life was against its nearest rival, which comes in the form of the Redmi Note 10S (review). 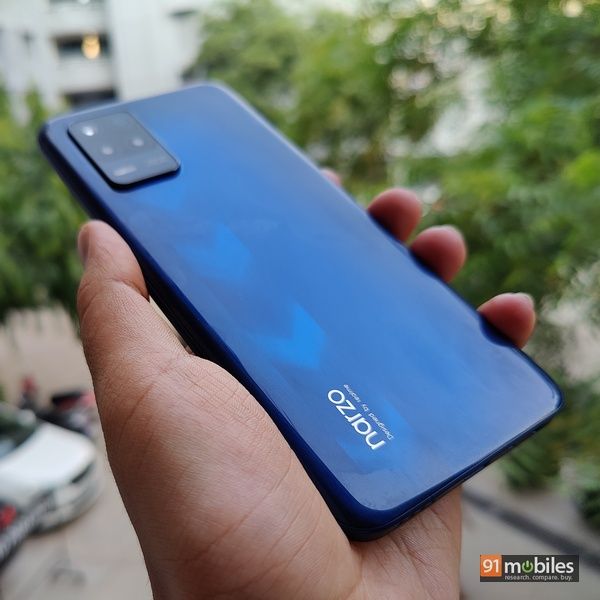 While the Narzo 30 5G has the 7nm Dimensity 700 running inside, the Redmi Note 10S harbours the Helio G95 SoC with a larger 12nm fabrication process. A general rule of thumb does indicate better power efficiency for a silicone made using a smaller process which should give the battery consumption edge to the Dimensity 700. Both phones have a 5,000mAh battery with a difference only in the charging speeds. Let’s see what we can find out in a battery comparison of the two devices.

This is a reliable metric to showcase how long a phone’s battery can be expected to last. A bunch of simulations pertaining to normal everyday usage are run continuously on loop, until the battery drops to 20 percent. On the Realme Narzo 30 5G, we got a score of 16 hours and 5 minutes, while the Redmi Note 10S lasted  16 hours and 41 minutes. The temperature for both the devices remained just below 40 degrees for the entire duration of the test. From this result, it can be inferred that in real-world usage both phones should last about the same time.

How will the batteries perform when both phones go through some heavy graphical loads? For this, I downloaded Call of Duty Mobile on both and played the game at the maximum possible settings. As I had mentioned before the power efficiency of the Dimensity 700 chipset should be better than the Helio G95. This is showcased in this gaming test wherein the Narzo 30 5G drops only 4 percent battery after 30 minutes of gaming, while the Redmi Note 10S battery drained by 7 percent in the same duration.

The Realme Narzo 30 5G seems to be a better phone in terms of battery drained while gaming and it can also charge up faster. Of course, these numbers could change with the introduction of 5G that will very likely squeeze more battery out of the Narzo 30 than from the non-5G Redmi Note 10S. However, given the current scheme of things, the Realme Narzo 30 5G wins this battery challenge.