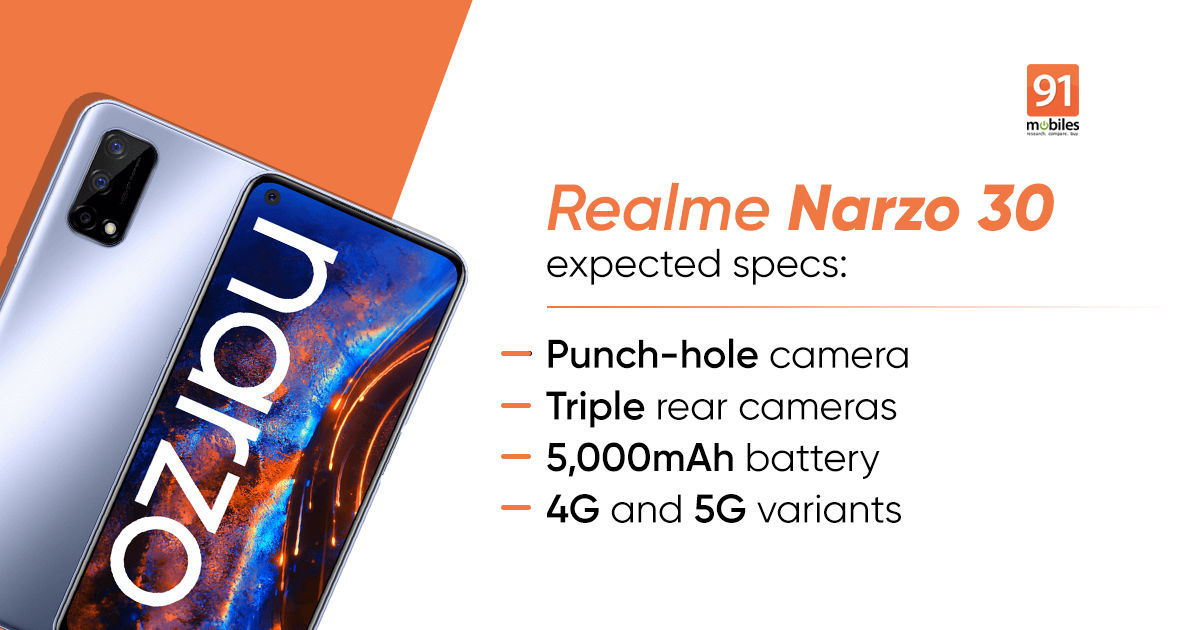 Realme Narzo 30 launch date is set for May 18th, which is just a few days from now. The company is hosting a launch event in Malaysia to introduce the regular Narzo 30 phone in the market. And not long after that, Realme Narzo 30 will come to the Indian market, as confirmed by the company’s India head recently. From the leaks we have seen on the internet, Realme Narzo 30 will feature a 90Hz refresh rate display, come with triple rear cameras, and support 30W fast charging, among other things, which is pretty decent for a budget device.

Here’s a quick round-up of the Realme Narzo 30’s expected price in India, specifications, and more. 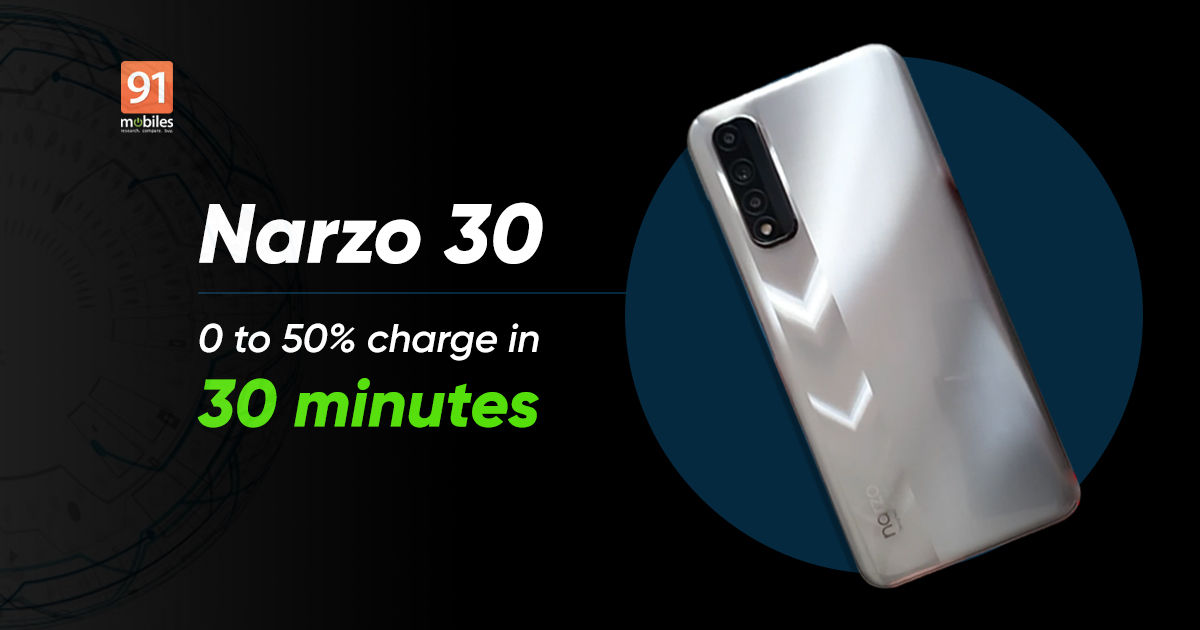 From what we have heard, Realme Narzo 30 specifications could feature a 6.5-inch FHD+ display with support for a 90Hz refresh rate. But having a side-mounted fingerprint sensor means Narzo 30 uses an LCD panel. The phone is likely to be powered by octa-core MediaTek Helio G95 SoC that you will find on most phones under Rs 15,000 these days. Realme Narzo 30 gets 4GB RAM for sure, but we expect to see a 6GB RAM variant as well. As for storage, the phone could offer 64GB and 128GB options, with an expandable slot in tow. The device will run on Realme UI 2.0 version based on the Android 11 operating system.

Moving on, the phone will come equipped with a 48MP sensor at the back, along with a 2MP macro sensor and a 2MP B&W sensor. While on the front, a 16MP selfie shooter will assist you with video calls and video recording. The phone packs a 5,000mAh battery which should be adequate for daily usage. And the unit will get 30W fast charging support.

The size of the battery could push the weight of Realme Narzo 30 above 190 grams, and giving you a hefty phone with a thickness of 9.4mm. Connectivity options on the Realme Narzo 30 will be a USB Type C port, 3.5mm headphone jack, and more.