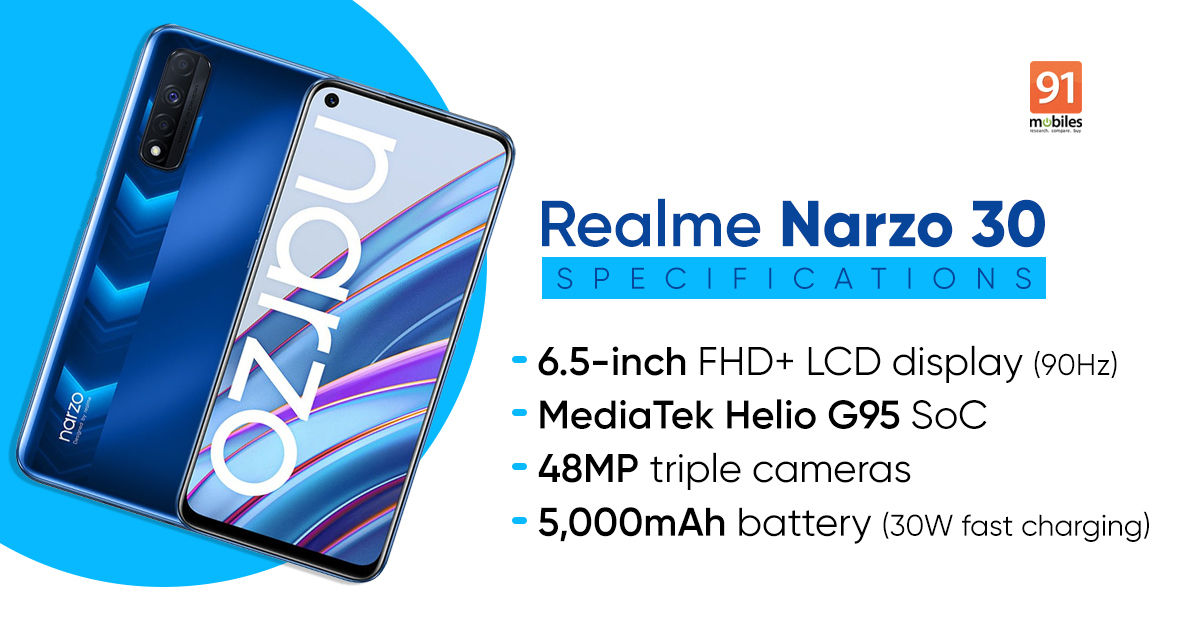 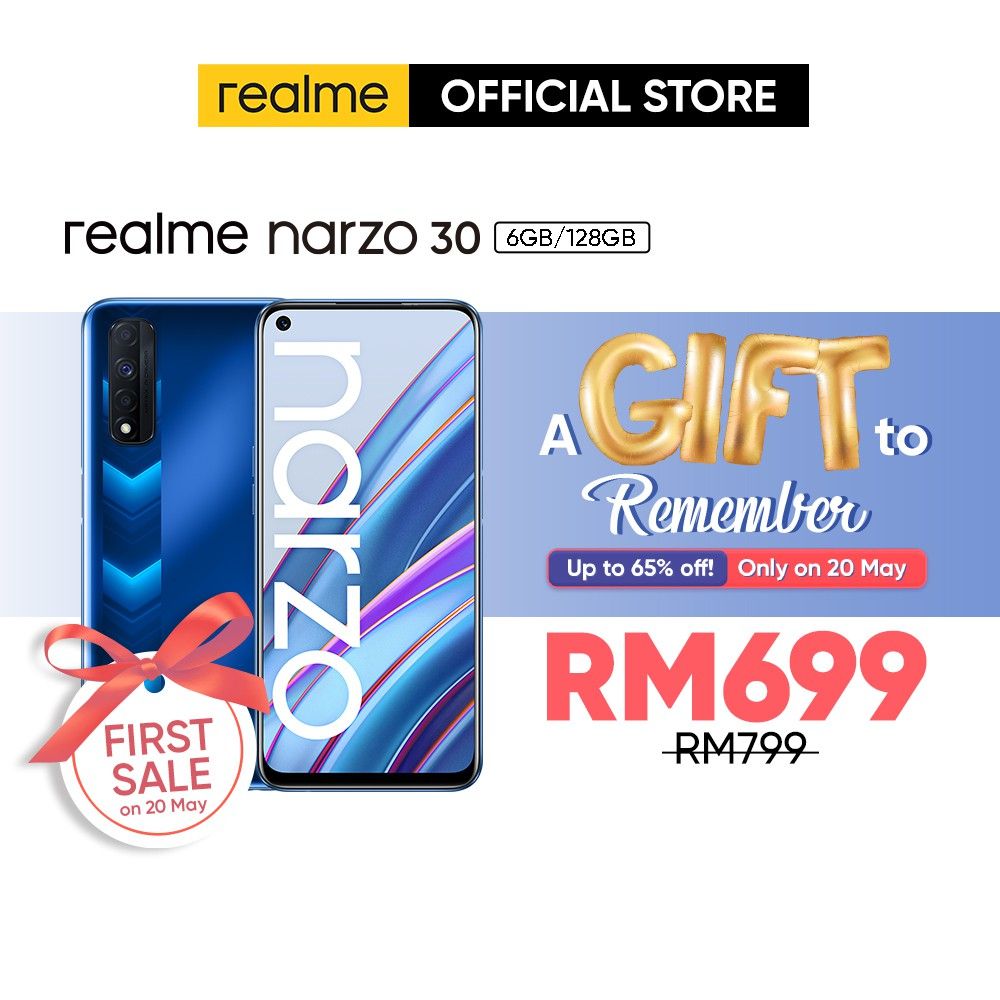 Realme Narzo 30 India launch has been confirmed but there is no word yet on when the phone will arrive. Moreover, the company plans to bring both 4G and 5G versions of the Narzo 30 to India.

The Realme Narzo 30 4G sports a 6.5-inch display with IPS LCD technology, full-HD+ resolution, 90Hz refresh, and a peak brightness of 580 nits. The display has a punch-hole mounted to the top-left corner of the screen for the front-facing camera. Powering the Narzo 30 is the Helio G95 SoC that is 12nm nodes, an octa-core CPU cluster, and ARM Mali-G76 GPU. The smartphone is available in Malaysia in a 6GB+128GB configuration. On the software side of things, you get Android 11 with Realme UI 2.0.