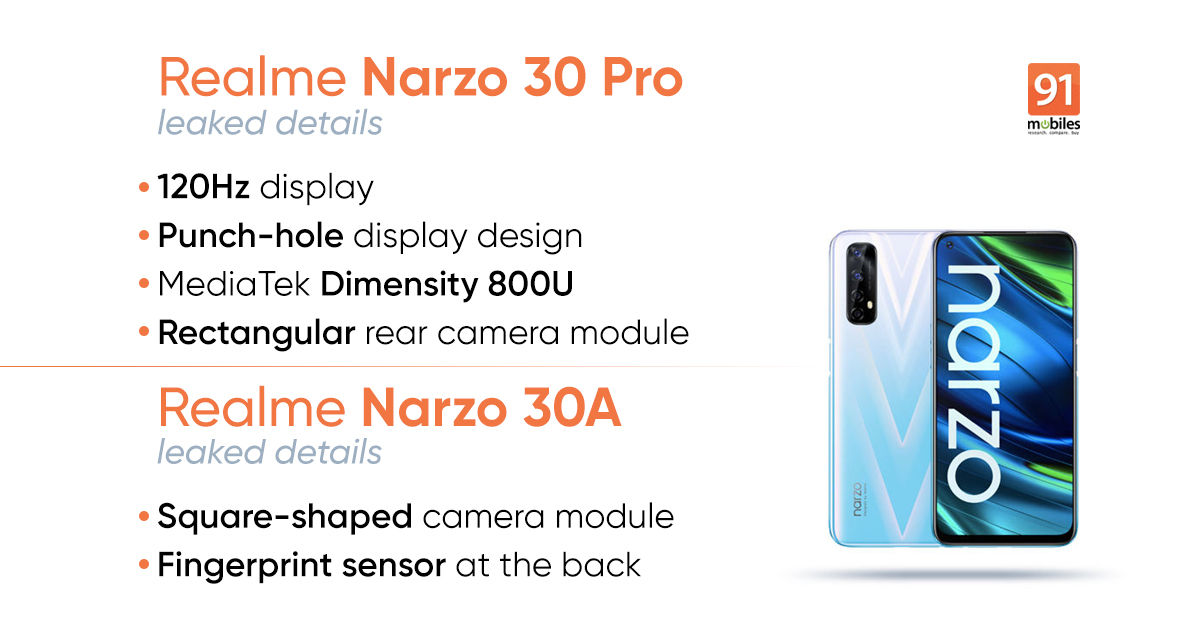 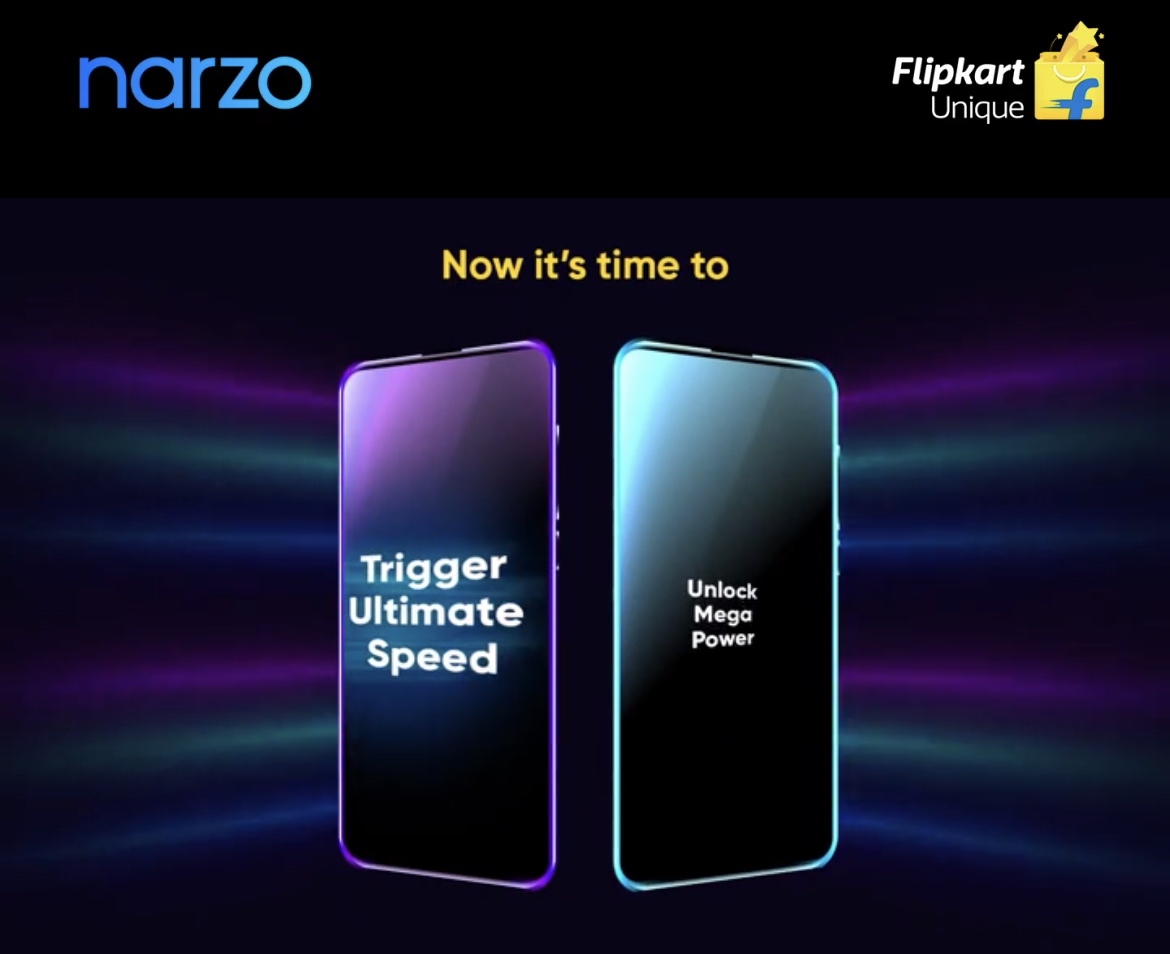 The Flipkart teaser suggests Realme will launch two phones in the Narzo 30 series in the last week of February. The teaser also suggests that one of them will be boasting of “ultimate speed” while the other will be touting “mega power.” More details about the Realme Narzo 30 series on Flipkart will be revealed on February 18th.

Realme Narzo 30 Pro 5G will tout a 120Hz display with a punch-hole cutout and a rectangular rear camera module, as per a leaked poster. The smartphone will be powered by the MediaTek Dimensity 800U chipset, which is the same 5G SoC that powers the Realme X7 as well. This is all we know about the Realme Narzo 30 Pro specs at the moment. We expect to learn more about the phone in the coming days.

Meanwhile, the Realme Narzo 30A specifications are still under wraps. The leaked poster only revealed that the phone will feature a square-shaped camera module at the back and a rear-mounted fingerprint sensor. In addition to the Naro 30-series phones, the company is also planning to launch the Realme Buds Air 2 in India. It won’t be long before the company officially announces the launch date and reveals the Realme Narzo 30A and Narzo 30 Pro price in India and specifications.