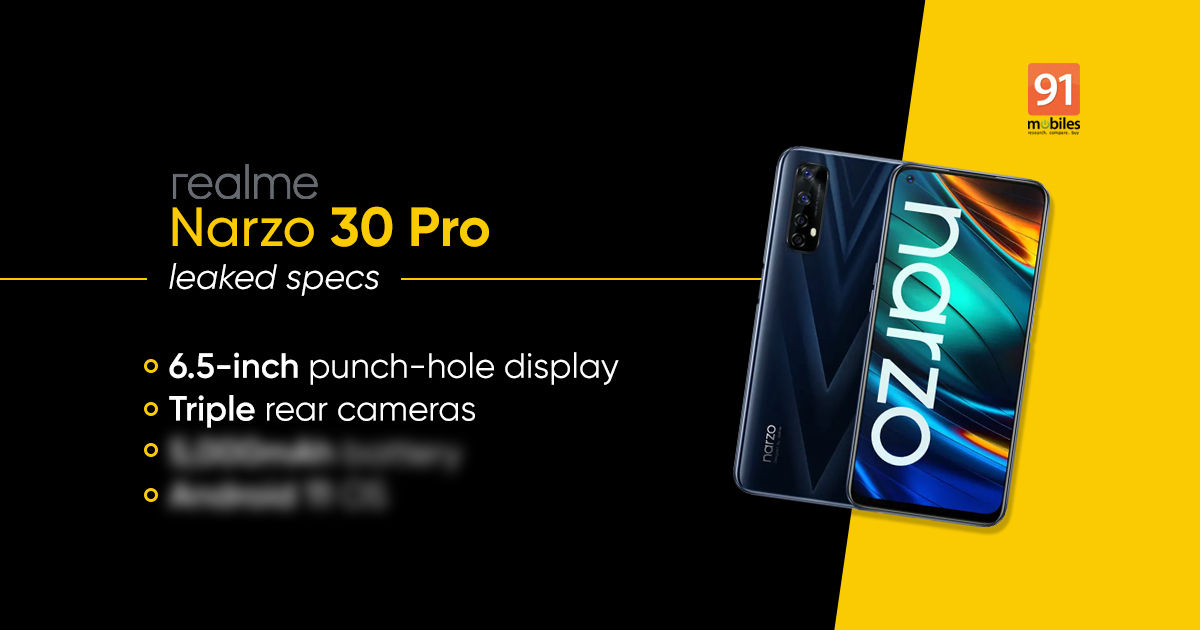 As per the design, the TENAA certification shows the Realme Narzo 30 Pro will have a  rectangular camera module at the back with triple sensors. We can see another sensor in the setup, with the LED flash placed below it. Realme branding and Dare to Leap tagline can also be seen on the back. On the front, the phone has a single punch-hole cutout at the top left corner and slim bezels. The volume rocker is on the left while on the right, it has a power button embedded with a physical fingerprint sensor. 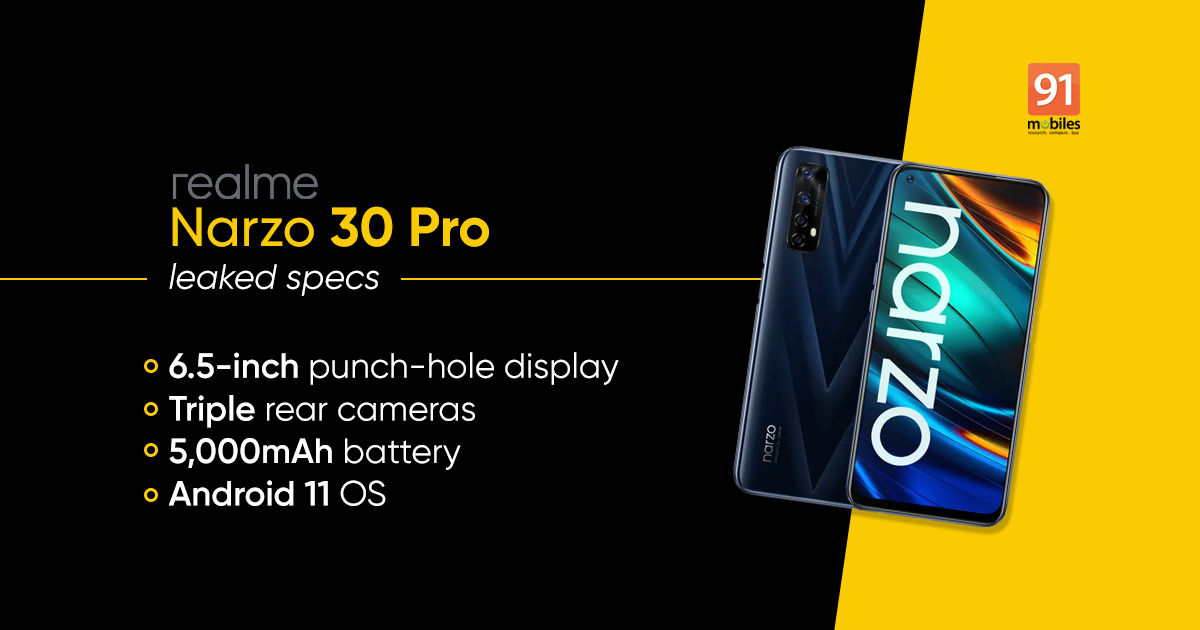