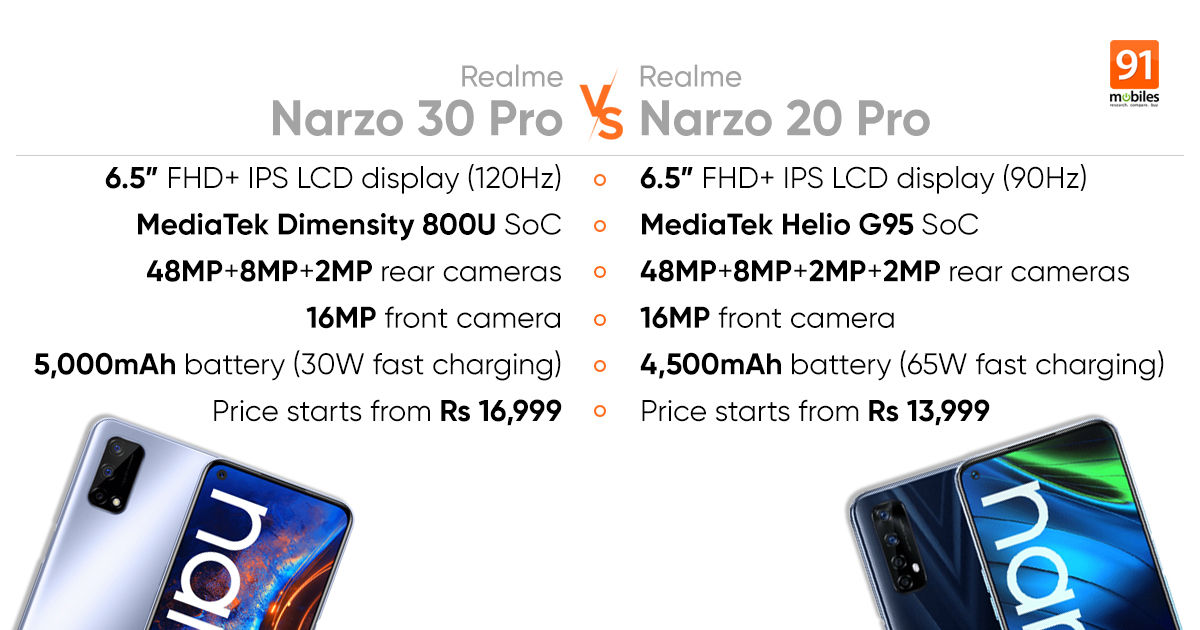 Earlier this week, Realme launched the Narzo 30 Pro 5G smartphone along with the Narzo 30A. The Narzo 30 Pro is a mid-range device that is equipped with the MediaTek Dimensity 800U chipset and 5G connectivity. This phone is the successor to last year’s Narzo 20 Pro and boasts a similar display. However, the latest Narzo comes with upgraded hardware as well as a new price tag. Here’s a quick look at how the Realme Narzo 30 Pro 5G compares with its predecessor.

Realme Narzo 30 Pro 5G price in India is higher than the Narzo 20 Pro as it offers a newer chipset, better display, 5G connectivity, and more. The base variant of the Narzo 30 Pro is priced at Rs 16,999, which includes 6GB RAM and 64GB storage. For the 8GB RAM and 128GB storage option, you will have to shell out Rs 19,999.

Let’s start with the design of both devices. You will not be able to tell any difference when you look at the Narzo 30 Pro and the Narzo 20 Pro from the front. They both have a punch-hole display with slim bezels and a noticeable chin at the bottom. The punch-hole cutout is placed on the top left corner. 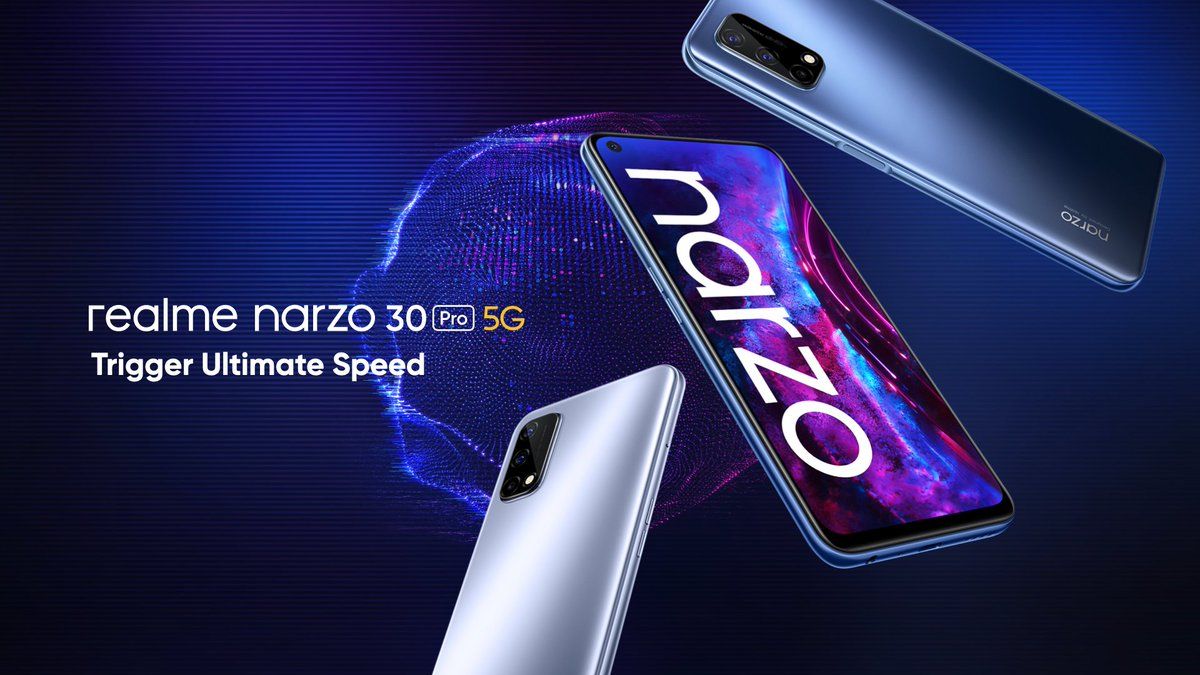 Turning the phones over will make it easier to differentiate the two. The Narzo 30 Pro 5G has a new camera module design when compared to the predecessor. Apart from that, the Narzo 20 Pro has four sensors, whereas the new Narzo 30 Pro gets triple-rear cameras. There’s no rear mounted fingerprint scanner on either phone as both get a side-mounted sensor. Other design changes include a new rear panel pattern on the Narzo 30 Pro along with different colour options.

In terms of specifications, there are plenty of differences between the two devices, but there are few similarities as well. For example, both the Narzo 30 Pro and the Narzo 20 Pro feature a 6.5-inch IPS LCD display that offers FHD+ resolution. Both devices use a 16-megapixel front facing camera, which is housed inside the hole-punch cutout. They also offer similar RAM and storage options of either 6GB/64GB and 8GB/128GB combinations. 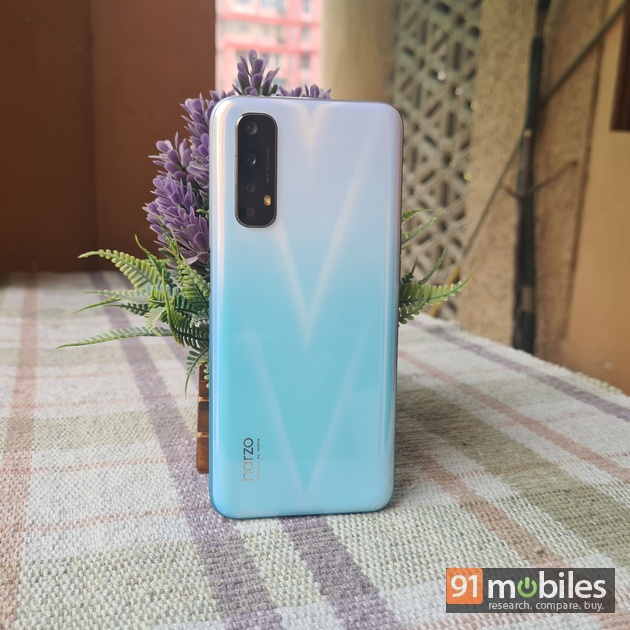 As for the differences, the Realme Narzo 30 Pro offers 5G connectivity thanks to the MediaTek Dimensity 800U processor. Meanwhile, the Narzo 20 Pro is equipped with a Helio G95 chipset. The newer Narzo phone also supports up to 120Hz refresh rate, while the Narzo 20 Pro maxes out at 90Hz. In the camera department, the Narzo 30 Pro 5G has a triple rear camera setup with a primary 48MP sensor, an 8MP ultra-wide lens, and a 2MP macro lens. On the older Narzo 20 Pro, you get a quad-camera setup that includes a main 48MP sensor, an 8MP ultra-wide lens, and two 2MP sensors for depth and macro.

The batteries on the two devices are also of different capacities. On the Narzo 20 Pro, you’ll get a 4,500mAh battery that offers support for 65W fast charging. The Narzo 30 Pro houses a 5,000mAh battery, but only supports 30W fast charge. Both devices have a USB Type-C port, dual-band Wi-Fi, but the newer 30 Pro gets Bluetooth 5.1 compared to Bluetooth 5.0 on the Narzo 20 Pro.

The Realme Narzo 30 Pro comes with upgrades across a number of areas such as the chipset, display, and battery and is definitely worth the extra money you pay. The phone offers a faster and brighter display, supports 5G network, has a more powerful processor, and gets a larger battery as well. The Narzo 20 Pro is still not a bad deal as it is available at a more affordable price point. A lot of things are similar between the two, but it’s the upgrades that make all the difference.