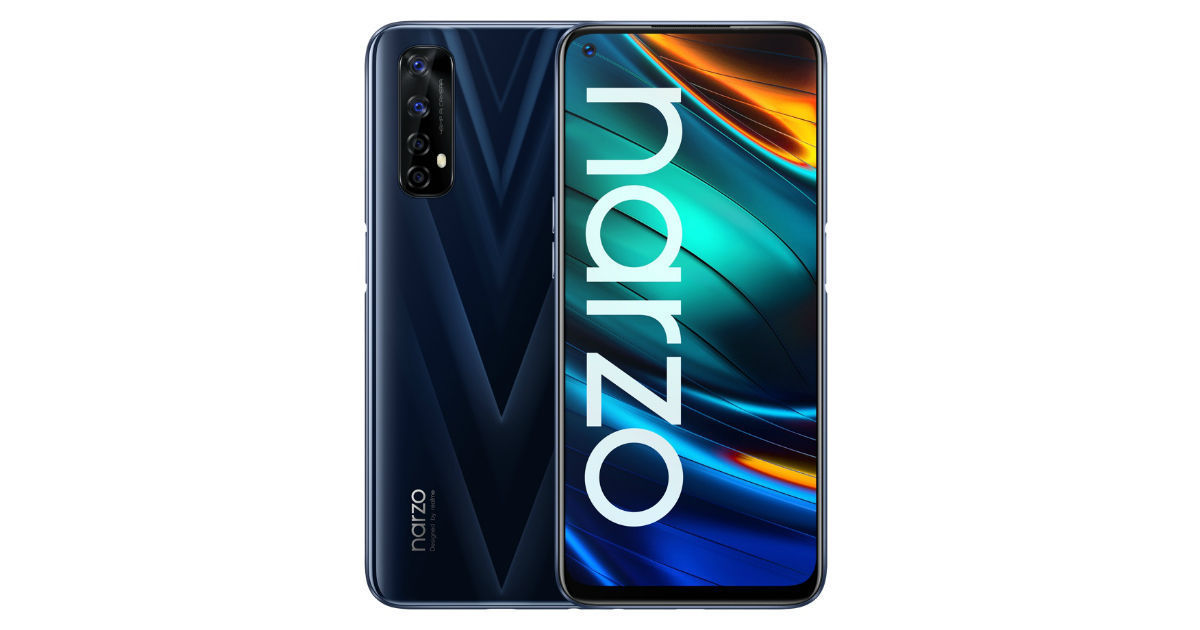 Realme Narzo 30 India launch seems to be imminent after a survey was spotted on the official Realme Community website. The survey shows six different retail box design with the colour blue being the primary theme and fans are requested to vote for the box they like best. Whichever retail box design gets the highest votes is likely to be the official retail box for the upcoming Narzo phone. Realme Narzo 30 India launch timeline was tipped back in December and it seems it will be the next major phone from the brand after the Realme X7 series that was announced in the country last week.

A Realme Community official posted a survey that reads, “The young Narzo bleeds blue, a series for young players out there to showcase their talent in style. All our decisions are made by fans and we are doing the same for Narzo. We have got a couple of boxes made for the next Narzo device and we want you guys to help select the best.” 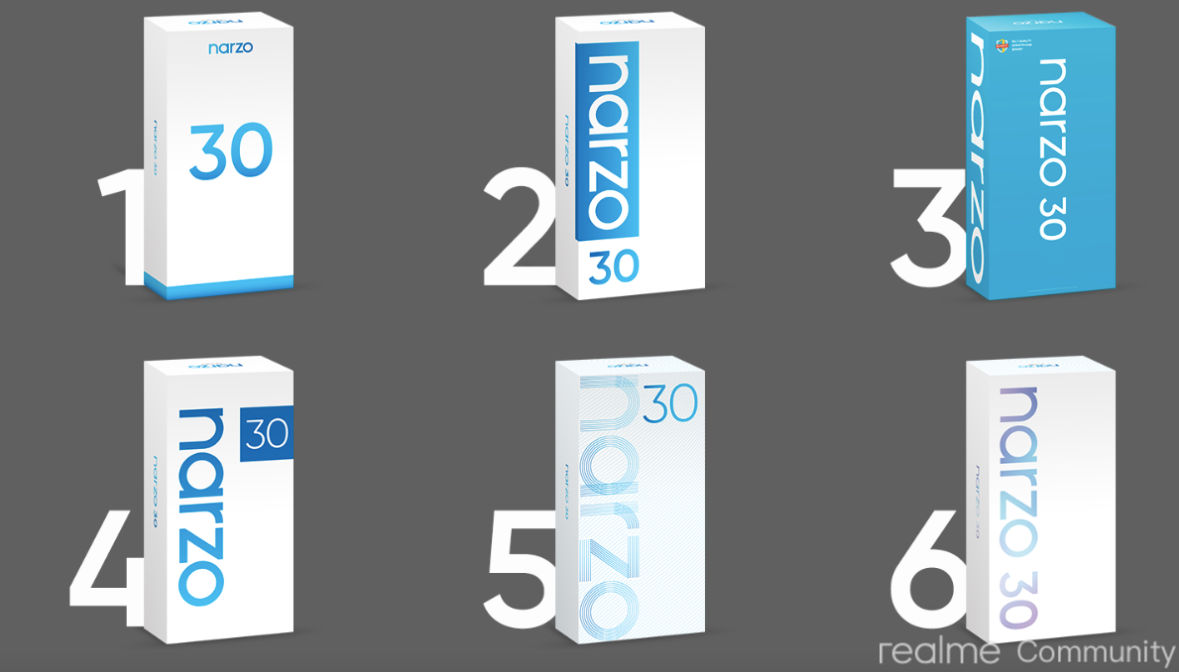 As per a tweet by tipster Mukul Sharma back in December, Realme Narzo 30 and Narzo 30 Pro were supposed to launch in India in January, but that didn’t happen. It seems the company has postponed the launch and we may hear something about the Narzo 30 series launch later this month or in March. The Narzo 30 specifications are still under wraps, for now, so we do not know what the devices will offer in terms of design and hardware.

Last week, the company announced the Realme X7 and X7 Pro prices in India and the phones are set to go on sale later this week. The Realme X7 phones tout MediaTek Dimensity chipsets, Super AMOLED displays, up to 65W fast chargings, and 64MP cameras, among other things. We expect the upcoming Realme Narzo 30 series prices in India to be more affordable than the X7 series while offering similarly impressive specs.