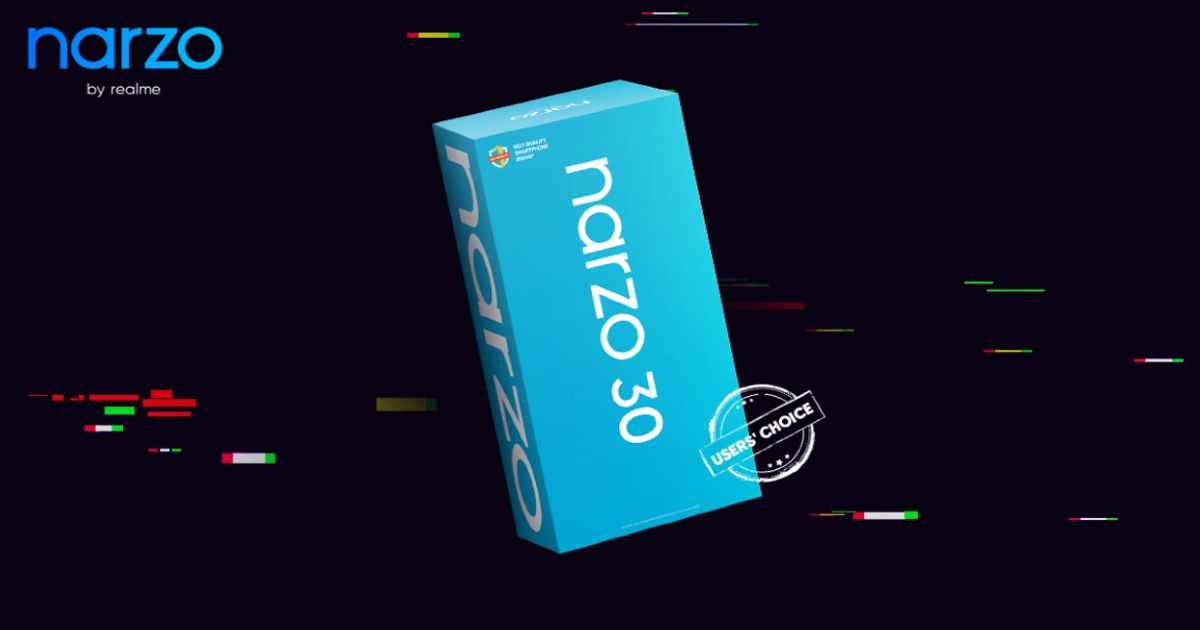 Realme Narzo 30 series India launch will happen sometime in the last week of February (between February 21st and February 28th), according to a report from MySmartPrice. The lineup is expected to include three models — Realme Narzo 30, Narzo 30 Pro, and Narzo 30A. The report adds that one of the Realme Narzo 30-series phones will have 5G support, which could be the Narzo 30 Pro going by the recent TENAA certification. Realme India CEO, Madhav Sheth recently teased a 5G phone that is cheaper than Realme X7 whose price starts at Rs 19,999.

Young Players have made their choice!

More than 15,000 Gaming Enthusiasts voted for their favourite Narzo smartphone box.
Stay tuned for the next update! pic.twitter.com/j3cxqPfs78

Realme recently announced it aims to expand its 5G lineup in India and all its upcoming phones above Rs 20,000 will be 5G enabled, while the company aims to democratise 5G phones and launch 5G Realme phones even more affordable than the Realme X7. Separately, Madhav Sheth earlier today has confirmed the box design of the Narzo 30 on Twitter and asked fans to stay tuned for the next update, which probably could be the launch date announcement. The box design is Sky Blue in colour with Narzo branding on the side. The company is also expected to introduce Narzo-branded gaming accessories, including a gaming mouse, mousepad, and more, at the Narzo 30 series launch event.

Realme Narzo 30 Pro TENAA listing suggests it will come with a 6.5-inch display, Android 11 OS, and a 4,800mAh battery. It is said to measure 162.5×74.8×8.8mm. The TENAA images show it will have quad-cameras in the rectangular module, an LED flash, and a single punch-hole cutout at the top left corner for the selfie shooter. It may have an in-display or side-mounted fingerprint sensor for security. Realme Narzo 30A had bagged SIRM and BIS certification with the model number RMX3171.